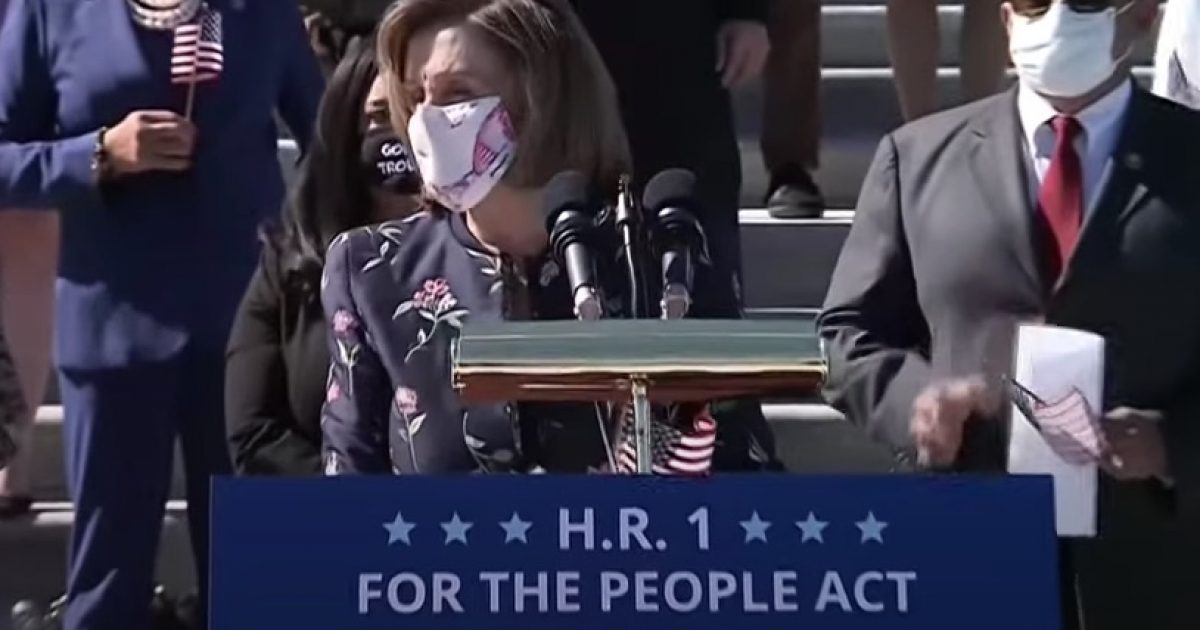 House Minority Leader Kevin McCarthy (R-CA) posted a video highlighting the consequences of the H.R. 1 bill including how our election system would be weakened.

Democrats did not design #HR1 to protect your vote. They designed it to put a thumb on the scale of every election in America and keep the Swamp swampy. pic.twitter.com/Csyu9AX6Ce

There are numerous concerns with this sweeping election reform bill.

The bill would create automatic voter registration across the country and allow felons who have served their sentences to vote. The bill would also expand early voting and enhance absentee voting by simplifying voting by mail.

Republican Florida Representative Kat Cammack said H.R. 1 is a “power grab” and that millions of tax-payer dollars will be shifted to politicians.

H.R.1 is House Democracts' top priority. It will federalize elections, put taxpayer dollars toward campaigns and make the FEC a partisan entity. States should be empowered to make elections fair, safe and secure.

President Biden issued a statement praising the passage of H.R. 1 and vowed to sign the bill should it pass the Senate.

In the wake of an unprecedented assault on our democracy; a coordinated attempt to ignore, undermine, and undo the will of the American people never before seen in our history; and a new wave of aggressive attacks on voting rights taking place in states across the country, I applaud Speaker Pelosi and the House of Representatives for passing H.R. 1, the For the People Act of 2021.

The Heritage Foundation published a fact sheet about H.R. 1 in February, saying, the bill “would federalize and micromanage the election process administered by the states,” among other things.

Democrats claim the 2020 election was the safest election on record.

So why are they pushing the more than 800 page H.R. 1 bill to change elections from here on out?

The honesty and integrity of our election system are crucial, however, Democrats are scheming to change the rules to ensure victory in future elections.