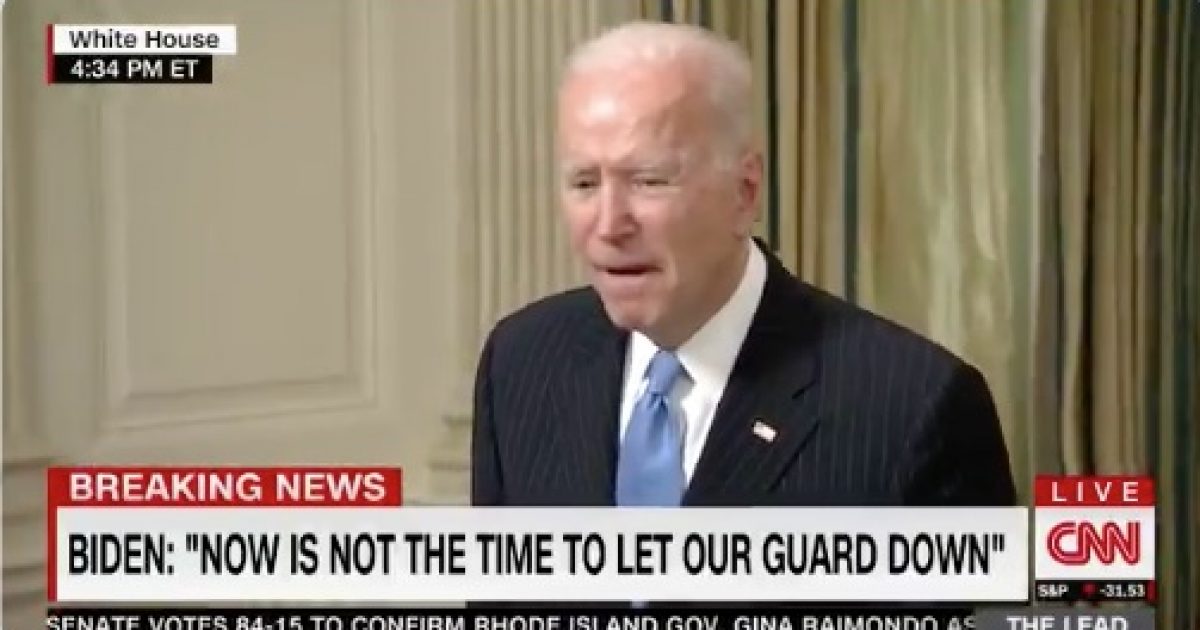 Over 100 illegal aliens released by the Border Patrol have tested positive for COVID-19 in Texas.

The story adds that some of those who tested positive did not quarantine but continued to travel.

NBC News reported on one individual who tested positive but was going to travel to North Carolina anyway.

Eva Orellana, 29, who is from Honduras and who tested positive, said she was going to take the bus to North Carolina with her 3-year-old daughter. “On the way, we were wearing a mask all the time, gel, washing our hands,” she said. “Really, I don’t feel anything.

The surge of migrants seeking access to the U.S. is becoming a problem for President Biden.

Biden had a curt response when asked about the subject and didn’t provide any information about his plan to deal with the crisis at the southern border.

I’ve been to the southern border many times and I have witnessed the crisis firsthand. pic.twitter.com/vOCbqdMTa2

Meanwhile, the major TV networks are ignoring the border crisis.

Despite once giving wall-to-wall coverage for a crisis at the border, only ABC decided to give any kind of time to the sudden surge of illegal immigration flooding the border under Joe Biden. https://t.co/wYLmtnqCiY

Former acting Director of ICE Thomas Homan says the Biden administration has "manufactured" and "created" a crisis at the border. pic.twitter.com/PAFlzyUsGU

The surge at the southern border represents a risk to those that take the dangerous journey across Mexico and a health risk to U.S. citizens from COVID-19 positive illegal aliens.