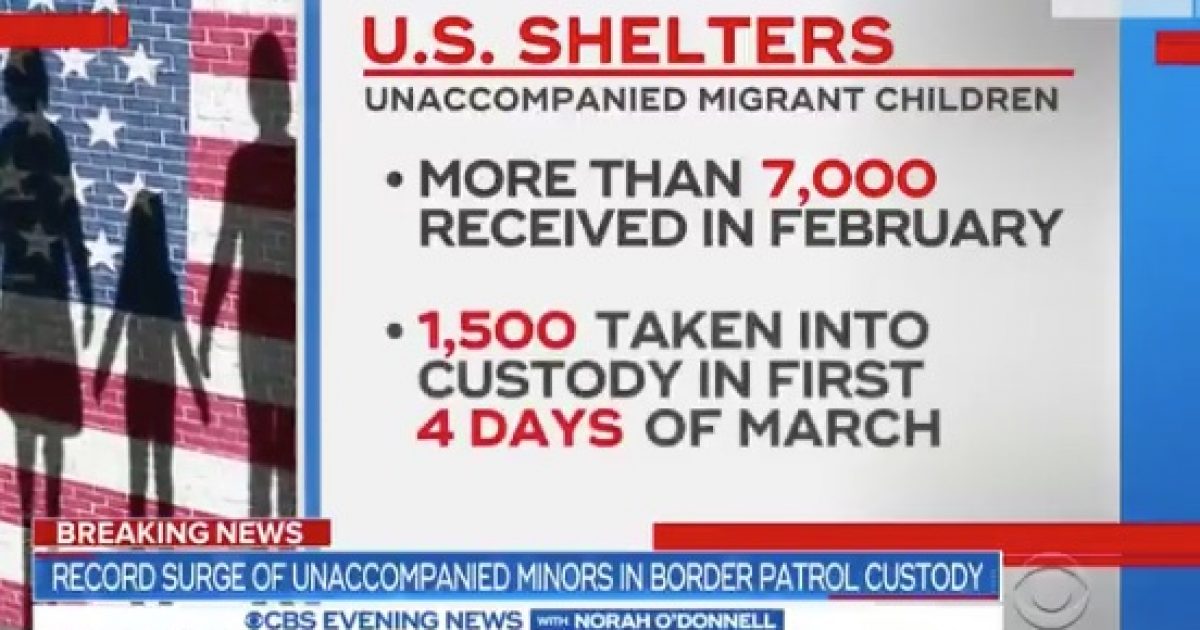 A surge in unaccompanied illegal migrant children along the U.S.-Mexico southern border is reaching alarming levels.

According to CBS News, the number of unaccompanied illegal migrant children “has nearly tripled in the last 2 weeks,” and are in the custody of the U.S. Customs and Border Protection.

BREAKING: CBS News has learned that the number of unaccompanied migrant children in @CBP custody has nearly tripled in the last 2 weeks.

The current number of children in CBP custody is the highest in the agency's history, a former DHS official tells CBS.@cbsmireya reports pic.twitter.com/TDoVR5wCj9

In an effort to avoid overcrowding conditions in facilities, children are being bussed to other communities.

Law enforcement sources report that U.S. Customs and Border Protection (CBP) is busing hundreds of unaccompanied children (UACs) from the Rio Grande Valley to other border communities to alleviate overcrowding.

However, child migrant centers are expected to reach capacity limits.

The Centers for Disease Control is allowing shelters handling child migrants who cross the U.S.-Mexico border to expand to full capacity, abandoning a requirement that they stay near 50% to inhibit the spread of the coronavirus, Axios has learned.

While the U.S. continues to implement COVID-19 guidelines, over 100 illegal aliens released by the Border Patrol have tested positive for COVID-19 in Texas.

Republicans on the House Oversight and Reform Committee are demanding a hearing over the response from the Biden administration about the surge in unaccompanied illegal migrant children.

A group of House #Republicans is demanding a hearing on the White House’s response to unaccompanied illegal immigrant children found near the U.S.-Mexico #border, according to a letter sent Thursday.https://t.co/6IU0SO7gEi

Former President Trump issued a statement, saying, “Our country is being destroyed at the Southern border, a terrible thing to see!”

Trump says US is being 'destroyed' at border amid migrant surge https://t.co/ebaVazyn1i via @nypost

The surge in unaccompanied illegal migrant children along the southern border puts the children in a dangerous position and is a significant cause for alarm.

President Biden sent a signal that our border is open and desperate migrants are jumping on the opportunity to improve their lives by gaining access to the U.S. illegally.

The result of Biden’s failed policy is a glaring humanitarian and health crisis.