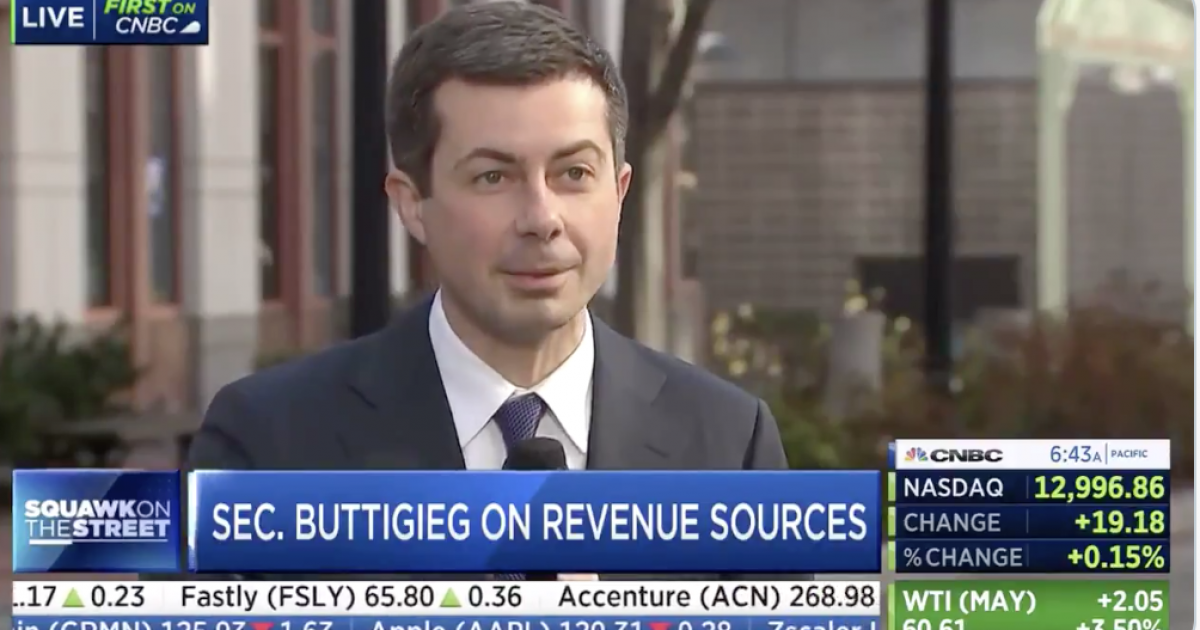 President Biden is searching for ways to support his massive $3 trillion infrastructure plan and driving appears to be on the radar screen as a funding mechanism.

During an interview on CNBC, Transportation Secretary Pete Buttigieg said a new way to tax vehicles is on the table.

Instead of raising taxes on gasoline, Buttigieg discussed the possibility of placing a tax on the number of miles driven, saying, “A so-called vehicle-miles-traveled tax or mileage tax, whatever you want to call it, could be a way to do it.”

Buttigieg added the new tax “shows a lot of promise.”

Transportation Secretary Pete Buttigieg says taxing drivers by the mile “shows a lot of promise” and could be a way to fund a big infrastructure overhaul. pic.twitter.com/fkI5nWt7sr

Unsurprisingly, the new tax trial balloon was blasted by conservatives.

Biden/Harris/Buttigieg want to tax drivers by the mile?!

I’ve lived in cities for 25 years and I recognize this pure cosmopolitan contempt for citizens who choose to live outside of increasingly troubled cities.

Another concern raised by this type of taxing mechanism is it would be a way for the federal government to track individuals.

This is just a way for a mandatory tracking device to be put in your car.

This right here must be stopped immediately. https://t.co/SK5YSJSRTH

Other critics urged the government to tax billionaires instead of middle-class Americans.

Wall street guys like Buttigieg will literally tax anyone except billionaires and big corporations. Who does he want to tax instead? People who live out in the country and drive a lot for work. Just build a train and be done with it, like every other developed nation. https://t.co/S8wJbNnmGS

Taxing driving will especially harm individuals and families that chose to live in rural or suburban areas which are basically from the middle class.

Hopefully, Buttigieg’s comments are just a trial balloon but if it’s not, it’s just another example of Biden targeting the forgotten men and women of the U.S.