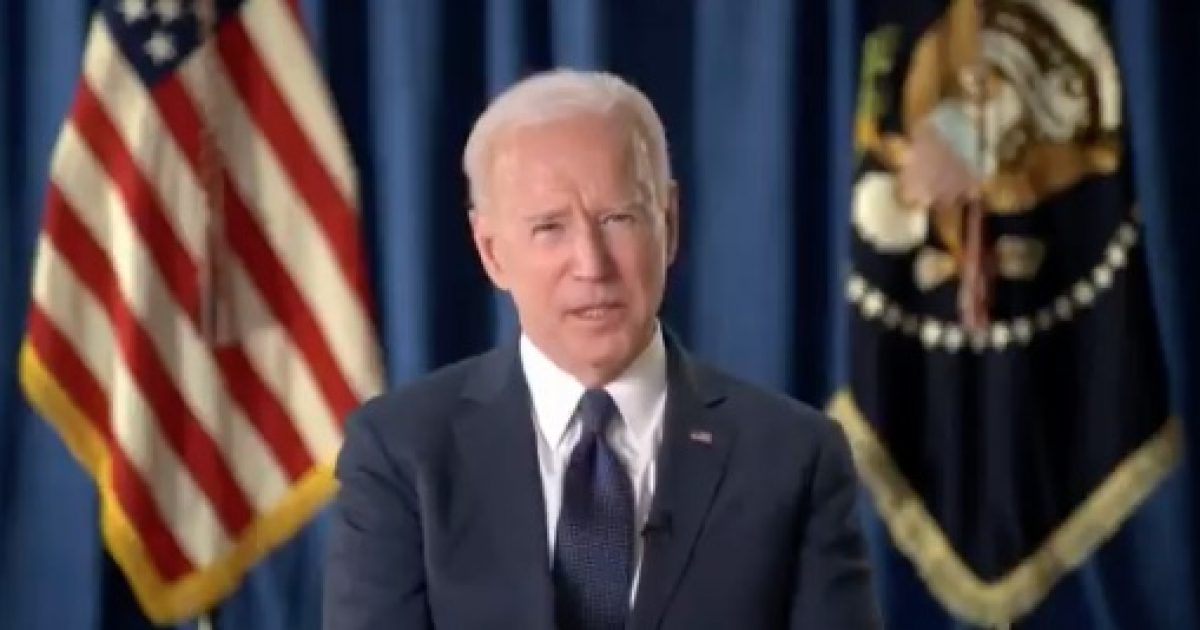 The 98-page piece of legislation, passed by Republicans in the state Legislature and signed into law by Gov. Brian Kemp on Thursday evening, makes a number of major changes to Georgia’s elections, including expanding early voting in most counties, requiring identification information for absentee ballots, and restructuring the State Elections Board to have more control over local election offices.

Biden made the outrageous and highly offensive Jim Crow comparison during an ESPN interview.

In addition, Biden also said he would “strongly support” Major League Baseball moving the All-Star Game out of Atlanta over the new legislation.

Biden in ESPN interview says he would strongly support MLB relocating the all-star game from Atlanta over the Georgia law.pic.twitter.com/xGBzsFoD6e

In this interview, Biden repeats a Four-Pinocchio claim about the new Georgia law: "You are going to close a polling place at 5 o’clock when working folks just get off." Nope, that's not in the law. Fact check here –> https://t.co/3OIweLxvQz https://t.co/yZwGnHJQQa

Somehow Biden managed to turn that expansion into a restriction aimed at working people, calling it “among the outrageous parts” of the law. There’s no evidence that is the case. The president earns Four Pinocchios.

“It standardizes the ending of voting every day at five, right?” Psaki asked FOX Business’ Edward Lawrence while referring to the law. “It just gives options. It gives options to expand it, right, but it standardized it at five. It also makes it so that outside groups can’t provide water or food to people in line, right?”

Kemp responded to the criticism on CNBC.

Owens appeared on Fox News’s “The Ingraham Angle,” with host Laura Ingraham, and told her that he, his father, and grandfather grew up under the Jim Crow law.

In addition, Owens said he is “sick and tired of the hard left and these black elitists putting my race down and putting the greatest generation that ever lived down.”

Video: @IngrahamAngle and @BurgessOwens took note of just a few examples of what were actual Jim Crow measures and how Georgia's voter law doesn't even come close to the horrendous measures that were allowed for decades and decades in America. pic.twitter.com/0bsPPLt0nK

"I'm sick and tired of the hard left and these black elitists putting my race down and putting the greatest generation that ever lived down," Rep. @BurgessOwens says.https://t.co/3vXcLsUsfu

Critics hit back at Biden’s comments.

It is an overt, despicable lie that the Georgia voter law is akin to Jim Crow in any way. Yet Biden tells the lie over and over, corporations mimic the lie, and the media credulously report the lie as a legitimate opinion.

The idea that the Georgia election reform bill is suppressing to voters is a complete lie, it actually expands access to early voting.

The only thing the Georgia voting bill is suppressing is the lefts ability to cheat in future elections.