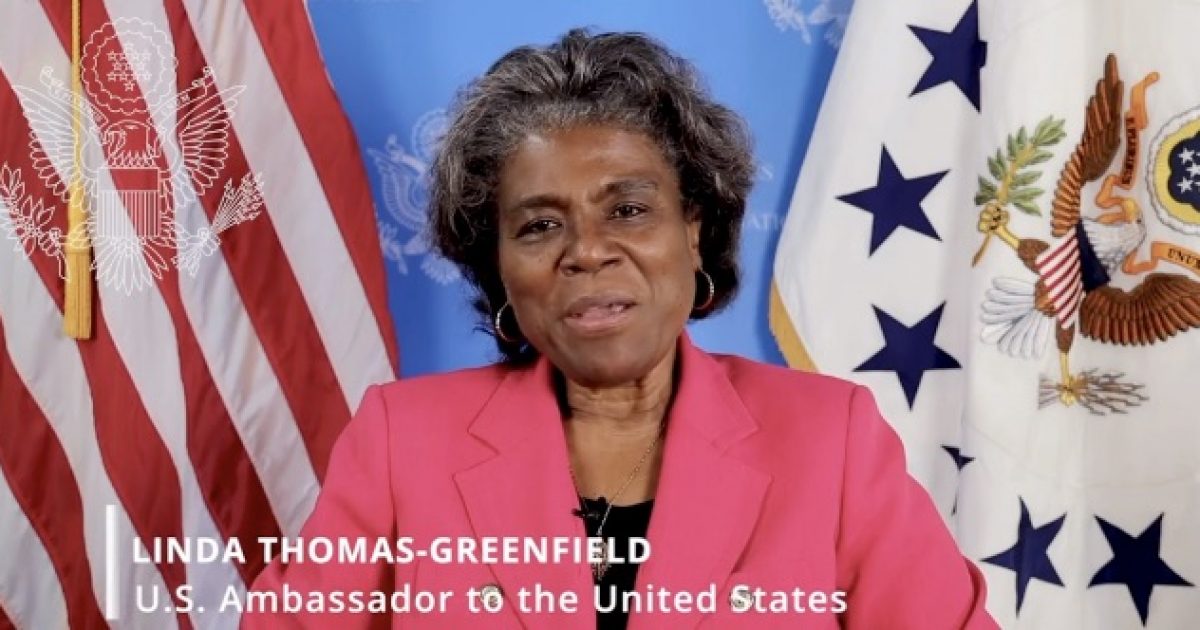 Biden’s UN ambassador, Linda Thomas-Greenfield, tells the National Action Network that if America's going to join the UN’s Human Rights Council, we must acknowledge our own failures: “White supremacy is weaved into our founding documents and principles” pic.twitter.com/bYc5SyWkE1

Thomas-Greenfield addressed the NAN’s 30th annual summit, praising Sharpton for a “lifetime of activism” and thanking him for “never backing down.” She did not mention Sharpton’s history of antisemitic, racist, and homophobic rhetoric, or his role in inciting riots against Jews.

This is a total disgrace. America is the paragon of freedom throughout the world. Why are our leaders doing the job of our enemies?! https://t.co/Ra9bA2bgm1

Perhaps our ambassadors should defend America.

And not kiss up to the brutal tyrants (including Cuba, Venezuela, Russia & China) on the UN Human Rights Council. https://t.co/kyuhKmxF8g

Thomas-Greenfield’s racist comments about America’s founding documents are disgraceful and only adds to the racial divide of our country.

Moreover, it will give China more ammunition to lecture the U.S. about human rights like they did in Alaska.