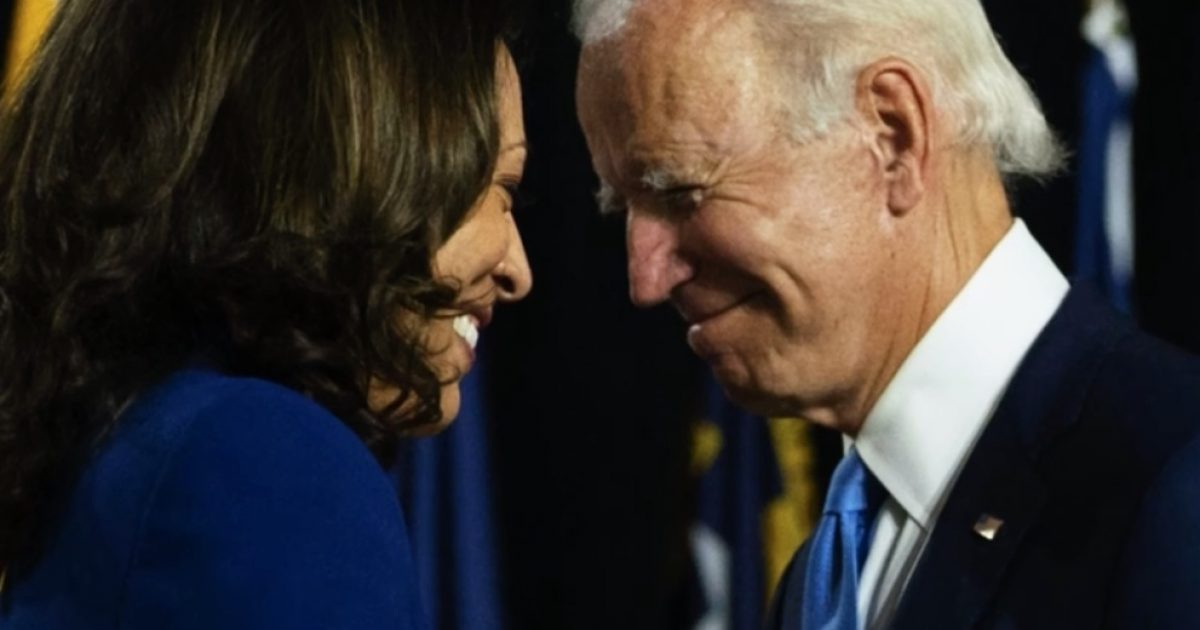 The behavior of then-candidate Joe Biden and his running mate Kamala Harris regarding the COVID-19 vaccine 2020 development timeline shows that Democrats, aided by the media, are more than willing to exploit disease and illness for partisan purposes, even if it continues to put Americans’ health at risk.

Throughout 2020, Biden and Harris questioned the efficacy of the COVID-19 vaccines. The anti-Trump media in turn criticized President Trump’s ambitious timeline for the vaccine, letting many Americans believe that the vaccine would neither be safe nor available any time soon.

This political strategy rested on the effort to undermine the safety of the potential COVID-19 vaccine. This was done to cover up the fact that President Trump had provided the American people with a solution to ending the pandemic.

Now in power, President Biden and Vice President Harris are trying to undo the damage to public perception that they foisted upon the American people.

After the presidential election concluded, the anti-Trump forces had a sudden change in heart. President Biden and Vice President Harris did an about face and became pro-vaccine while emphasizing the importance of the vaccine roll-out plan.

More recently, just this past weekend, the new president used his Easter address to promote the vaccines.

Likewise, certain members of the compliant media are still assisting Biden, but now they’re trying to boost American confidence in the vaccine and laud praise on the commander-in-chief.

But these media outlets neglect to note that last summer, Biden was leading the charge in the anti-COVID-19 vaccine effort.

In July, Biden questioned the vaccines in terms of it actually being “real” and “safe.” The next month, in answering a question about American’s distrust in a vaccine, Biden said “it’s not likely to go through all the tests.”

His partner on the campaign trail doubled down on these efforts.

In early September 2020, when asked if she would be willing to get vaccinated prior to election day, Harris said, “I think that’s going to be an issue for all of us,” and added she didn’t “trust Donald Trump.”

During the vice presidential debate, Harris politicized the vaccines again, saying that she would refuse to take the vaccine if President Trump told Americans to get it.

Their allies in the media understood the leftist talking points, and did their part to increase doubts about the vaccine.

For example, last April, CNN wrote about Trump’s vaccine development timeline and concluded “… some leaders in the field say this is too fast — and could come at the expense of safety.”

The Washington Post fact checked Trump’s comments about a COVID-19 vaccine being developed in record time that used experts, including Dr. Anthony Fauci, to question the former president’s rapid goal.

The fact check wrongly asserted, “Trump appears to be expediting the vaccine development process, misrepresenting how fast a vaccine will be available to the public in fighting the novel coronavirus.”

Ironically, vaccines were successfully completed in a very short time frame resulting in the fact check to be updated, saying, “A coronavirus vaccine was administered to the first U.S. citizen on Dec. 14. The vaccine development was faster than scientists expected, in part due to the high caseloads in the U.S.”

It’s stunning to observe how fast attitudes can change.

Biden is now enthusiastic about the vaccines, even as he refuses to give the former president credit for giving him the solution to beat the pandemic.

Kicking unity to the curb, Biden is taking full credit for the vaccines. He even has the audacity to claim he had to “start from scratch” because, as he puts it, he inherited nothing in terms of a vaccine or a rollout plan.

But there is a slight glimmer of hope for the American people.

It seems that President Biden’s willful obtuseness on COVID-19 vaccine history is even too much for his once-ever faithful media partners.

His continued dismissal of Trump’s role in getting the vaccines developed and distributed through Operation Warp Speed is so absurd, liberal fact checkers are now taking notice.

Consider this, FactCheck.org was motivated to correct the record on Biden’s misleading comments about the vaccine acquisition and distribution plan.

During a February town hall, Biden claimed he “didn’t have [ a vaccine] when we came into office.”

Newsweek rated that comment false, saying, “It is not true to suggest that Trump’s administration did not oversee the rollout of a vaccine by that time, or what there were none available.”

It’s unclear if the media will continue to put the pressure on Biden to tell the truth, though they should.

But let the record show, President Biden and Vice President Harris put politics before the truth when they questioned the vaccine during the campaign.

In the effort to win at any cost, science and public health were casualties in the Democratic mission to get President Trump out of the White House.

Dr. Tom Borelli is a contributor to Real America’s Voice (RAV-TV) and a conservative TV and co-hosts radio programs on SiriusXM Patriot with his wife Deneen Borelli. He received his Bachelor of Science in Microbiology from Michigan State University and Master of Science and Ph.D. in Biochemistry from New York Medical College. Read Dr. Tom Borelli’s here.