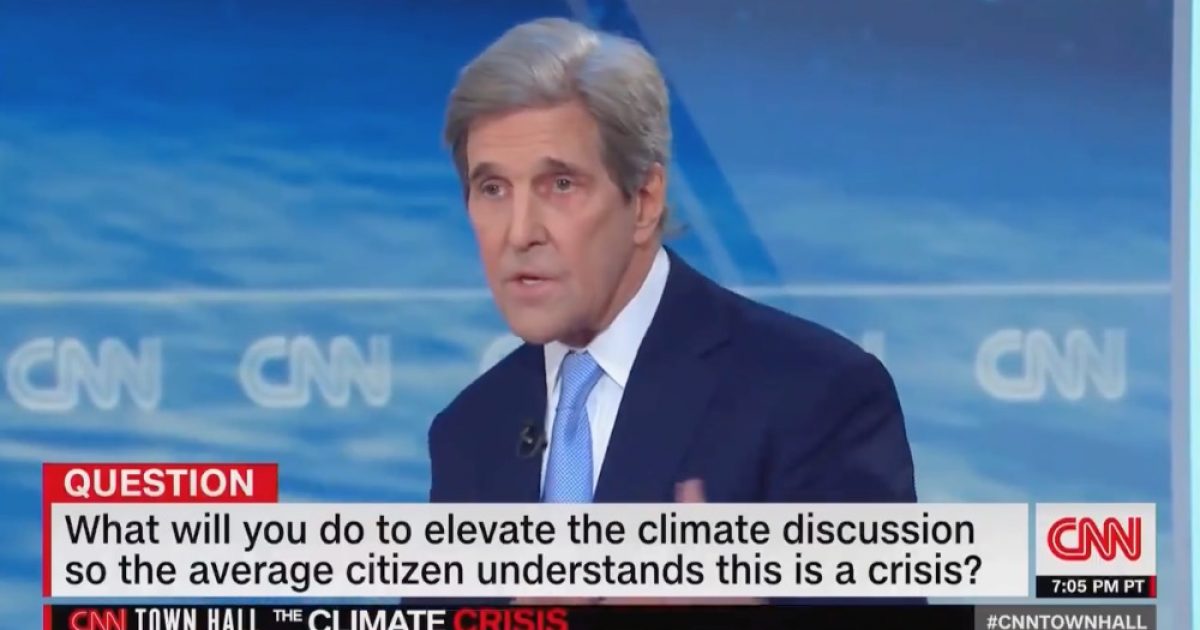 “Even if we get to net zero, we still need to get carbon dioxide out of the atmosphere,” Kerry said. “This is a bigger challenge than a lot of people have really grabbed on to yet.”

Reducing emissions is going to be hard enough given China, the biggest global emitter of carbon dioxide emissions, is not setting an emissions cap.

While the U.S. under President Biden is taking action to reduce carbon dioxide emissions immediately, China will not limit coal use until 2026 and the earliest it is expected to reach peak emissions is sometime before 2030.

Importantly, according to the Wall Street Journal, Chinese President Xi Jinping, “stopped short of promising a carbon-emissions cap, as some climate campaigners had hoped.”

China is responsible for about 25 percent of global emissions.

The state of play regarding emissions puts the U.S. at a competitive disadvantage to China. The U.S. is set to do a complete overhaul of its energy production while China takes a go-slow approach.

Moreover, there is no guarantee China will keep its verbal commitments.

Finally, Kerry is already moving the goalposts – zero net emissions is a very aggressive, if not an unachievable, target.

Who knows what Kerry and Biden will propose to remove carbon dioxide from the atmosphere. With Democrats, drastic actions are never enough.