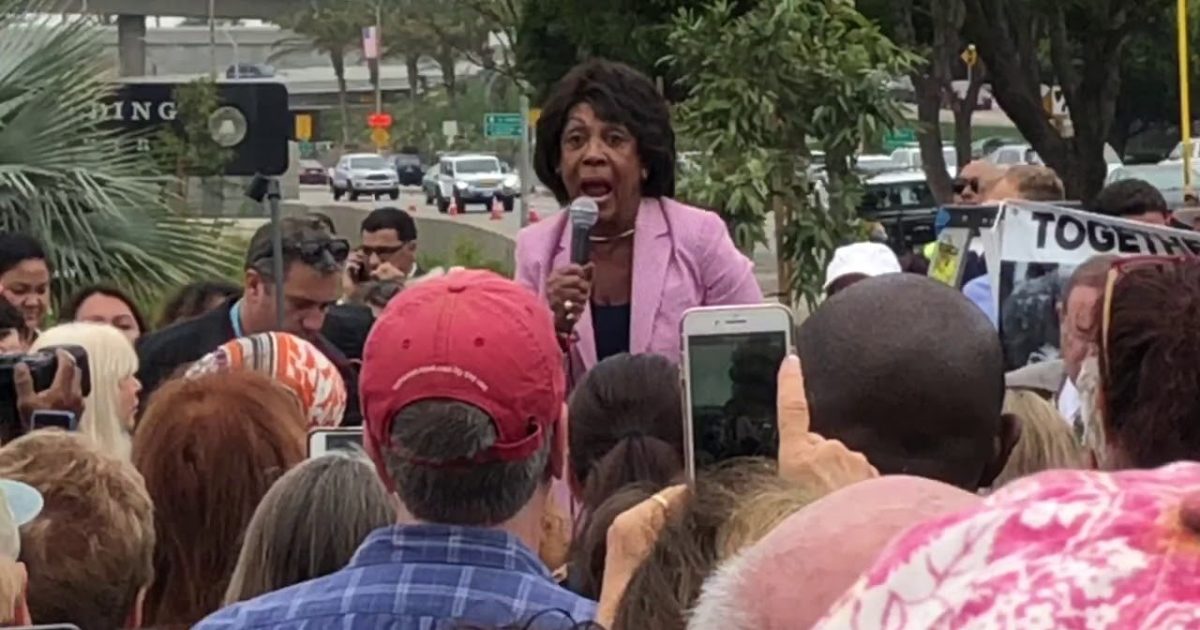 California Democrat Representative Maxine Waters was defended by Democrats over her inflammatory comments to protesters, telling them to “get more active, more confrontational.”

Waters traveled to Minneapolis and broke curfew along with the and commented about the Derek Chauvin trial, saying, “We’re looking for a guilty verdict.”

When asked if Waters should apologize for her inflammatory comments, House Speaker Nancy Pelosi said, “Maxine talked about confrontation in the manner of the civil rights movement.”

Pelosi continued, “No, I don’t think she should apologize.”

When asked if President Biden agrees with the recent controversial remarks of Rep. #MaxineWaters about the #GeorgeFloyd case, WH @PressSec Jen Psaki dodged commenting while saying it is “the most American thing” to protest against injustice. https://t.co/eqB1LMmGzJ

Pelosi defended Waters even though she was reprimanded by the judge overseeing the Chauvin trial.

In response to Water’s remarks, the defense attorney requested Judge Peter Cahill to declare a mistrial.

Although the request was denied, Cahill said, “Congresswoman Waters may have given you something on appeal that may result in this whole trial being overturned.”

BREAKING: Judge Cahill: "I will give you that Congresswoman Waters may have given you something on appeal that may result in this whole trial being overturned,"

BREAKING: Judge Cahill states Maxine Waters may have given the defense basis to overturn the entire trial on appeal. Nelson said she threatened the jury.

Speaking to reporters on Capitol Hill on Monday, Waters (D-Calif.) outright denied that she was rebuked by the judge overseeing the Chauvin trial, despite that reprimand being seen on camera by millions.

Nancy Pelosi just said Maxine Waters has nothing to apologize for. We need to force every Democrat on the record as to whether they support Maxine’s demand for "’more confrontational" tactics by the mob in Minneapolis. GOP must do everything it can to force Maxine out! https://t.co/UmozEf7ixb

Maxine Waters will go down in history as a bigoted, riot-enabling traitor.

Nancy Pelosi will join her. https://t.co/pe8NNhkcwN

The Judge presiding over the George Floyd case admonished Maxine Waters for inciting violence, yet Nancy Pelosi says nothing to see here, no need for anyone to apologize. Well, I don't care about apologies, I want Maxine Waters removed from her committees & investigated

Democrats are circling the wagons to provide cover for Waters’ outrageous statements to protesters.