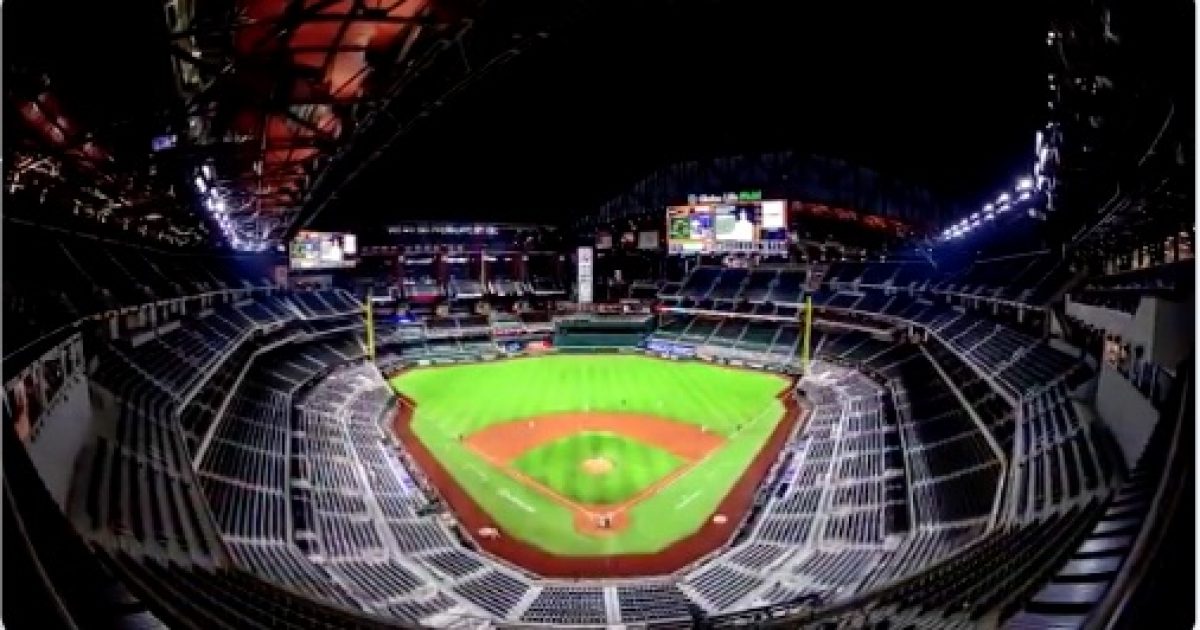 MLB’s decision was a reaction to the new state voting law in Georgia.

In addition, the league also pulled the major league draft from Atlanta as well.

Reuters reported on the story:

MLB Commissioner Robert Manfred said, “I have decided that the best way to demonstrate our values as a sport is by relocating this year’s All-Star Game and MLB Draft.”

STATEMENT: “Major League Baseball fundamentally supports voting rights for all Americans and opposes restrictions to the ballot box .. the best way to demonstrate our values as a sport is by relocating this year’s All-Star Game and @MLB Draft.”#georgia https://t.co/9ZXZXQPEKJ 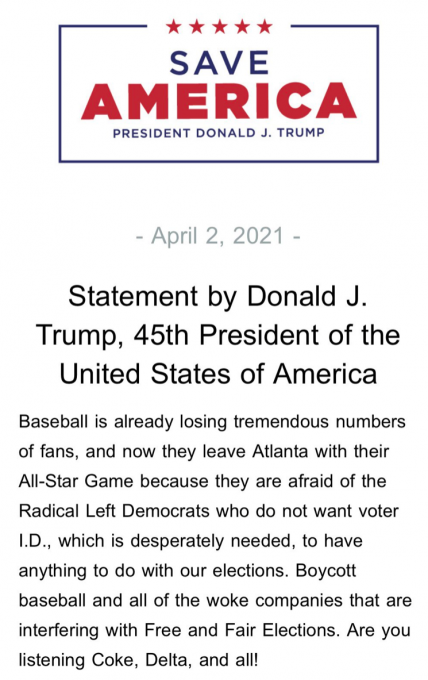 MLB appears to be following President Biden’s comment that the league should move its All Star Game in an interview with ESPN.

Biden also said, “This is Jim Crow on steroids what they’re doing in Georgia.”

Trump’s statement about the impact on baseball’s businesses has backing from a recent poll:

As athletes and leagues embraced a new, progressive strategy aimed at amplifying messages of social justice and political advocacy, some Americans began watching more sports, but about three times as many watched less.

The governor of Georgia reacted:

“Cancel culture and woke political activists are coming for every aspect of your life, sports included.” https://t.co/FNJbV22YAU

Critics also pointed out the hypocrisy of MLB:

Major League Baseball did cave to the Democrat pressure campaign against the Georgia voting law because their decision followed Biden’s comment urging the move.

Their decision is a lose – lose proposition since both fans and the league will suffer from its unneeded entry into politics.

For the record, Biden lied about the Georgia law when he claimed it would, “end voting at five o’clock when working people are just getting off work.”

Not a single expert we consulted who has studied the law understood why Biden made this claim, as this was the section of law that expanded early voting for many Georgians.
Somehow Biden managed to turn that expansion into a restriction aimed at working people, calling it “among the outrageous parts” of the law. There’s no evidence that is the case. The president earns Four Pinocchios.

Unfortunately, everything is politicized today including sports which used to be an escape for Americans.