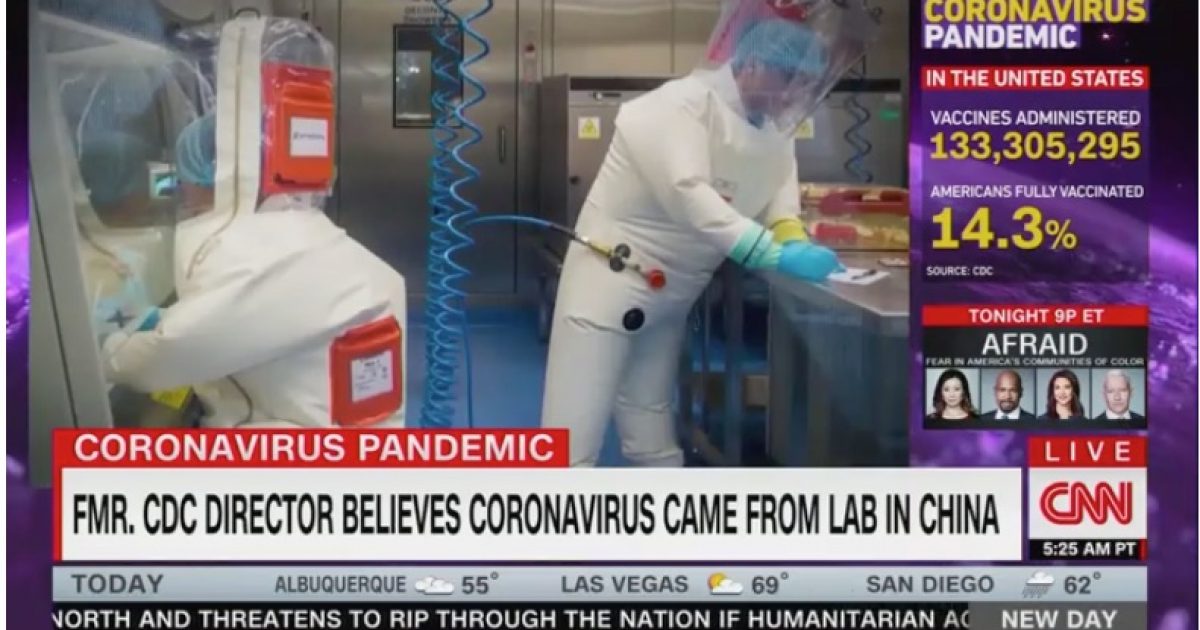 Dearlove made his comments on Leading Britain’s Conversation, a talk radio station based in the United Kingdom.

The former spy chief criticized the recent report organized by the World Health Organization (WHO) and called it a “farcical investigation.”

According to the WHO report, the virus came from nature.

Dearlove said “it’s possible” COVID-19 was of natural origin where it could have reached humans via an animal but given what he knows, he concluded the more likely scenario was it was a result of some sort of laboratory manipulation.

WHO adviser Jamie Metzl also told the radio station that a “full, unrestricted” investigation is called for.

After the former head of MI6 exclusively told LBC it is 'likely' Covid-19 leaked from a Wuhan lab, WHO adviser Jamie Metzl tells Maajid Nawaz there must be a 'full, unrestricted' investigation.@MaajidNawaz | @JamieMetzl pic.twitter.com/ofjEyBJ0Bc

The U.S. government does not know exactly where, when, or how the COVID-19 virus—known as SARS-CoV-2—was transmitted initially to humans. We have not determined whether the outbreak began through contact with infected animals or was the result of an accident at a laboratory in Wuhan, China.

A new article in Medium discusses the laboratory hypothesis including the possibility that the National Institute of Health funded the creation of the virus.

“If the SARS2 virus did indeed escape from the Wuhan [Animal Lab], then the @NIH will find itself in the terrible position of having FUNDED a disastrous experiment that led to death of more than 3M worldwide.” #LabLeakhttps://t.co/eV1BuRkee2

Clearly, we don’t have proof that COVID-19 originated in the Wuhan Institute of Virology but the weight of the evidence is pointing in that direction.

The U.S. and other countries must unite and demand a full investigation into the origins of COVID-19.

Keep in mind, the WHO report claimed the virus was natural but it did not find an animal that carried COVID-19 that then could have passed it to humans.

Based on what I’ve read, I’m with Redfield and Dearlove and believe the pandemic is from the Wuhan Institute of Virology.