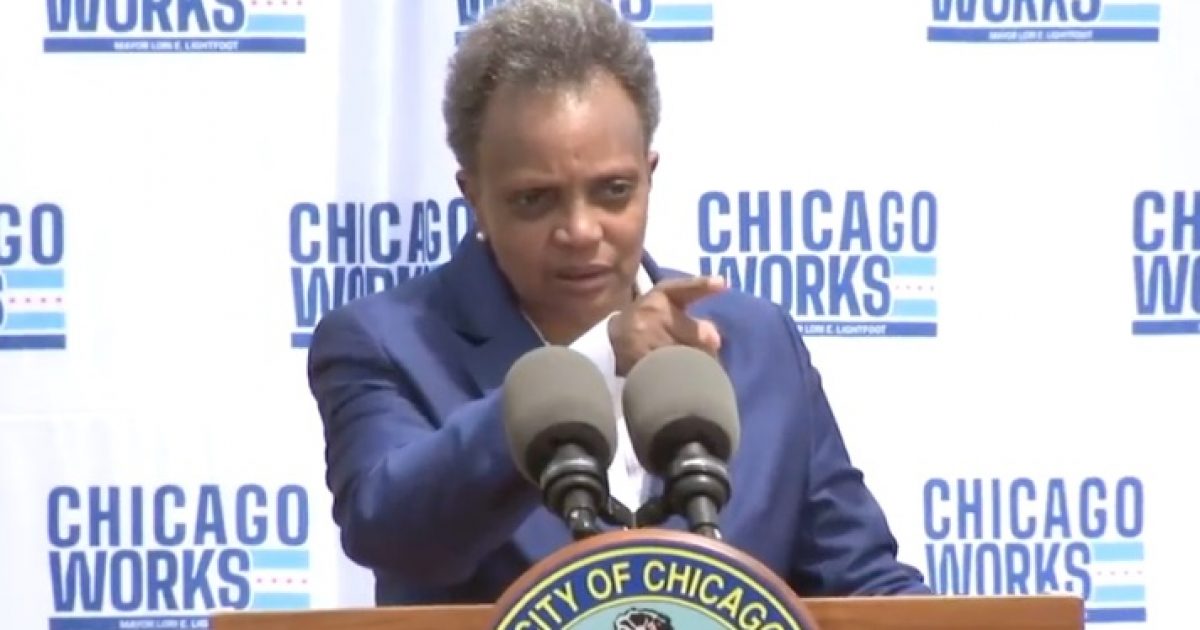 Lightfoot made the statement on her second anniversary in office in a letter to Chicago media claiming their “overwhelming whiteness and maleness.”

In her two-page letter she recalled being on the campaign trail and being struck “by the overwhelming whiteness and maleness of Chicago media outlets, editorial boards, the political press corps, and yes, the City Hall press corps specifically.”

Diversity and inclusion is imperative across all institutions including media. In order to progress we must change.

Fact is, elected officials, candidates, celebrities, athletes etc. choose who they want to interview them all the time. They just don't do so on the basis of race or gender. Or at least they don't admit they do. https://t.co/VJpXrJTkPV

Pure Racism.
THis is why I oppose BLM and ppl like this.
They are just as racist as a KKK member, just the other side of the coin.

What is sad, is that she is attempting to justify it.

In response to Lightfoot’s decision, the Chicago Tribune canceled an interview with her.

I am a Latino reporter @chicagotribune whose interview request was granted for today. However, I asked the mayor’s office to lift its condition on others and when they said no, we respectfully canceled. Politicians don’t get to choose who covers them. https://t.co/YMW8M8ZgJm

The Chicago Tribune canceled an interview with embattled Democrat Chicago Mayor Lori Lightfoot on Wednesday in protest at her racist decision to exclude white reporters. https://t.co/Uolv6V1Rtp

Meanwhile, the crime rate in Chicago, the third-largest city in the country, is through the roof.

But those accomplishments have are largely overshadowed by gun violence and crimes. Homicides are up 17 percent year to year, and the number of shootings are up 34 percent over the same period a year ago. So far this year, 108 juveniles have been shot and carjackings have more than doubled.

For Lightfoot to target and deny only white journalists access to her for interviews is racist.

Lightfoot, and anyone who agrees with her about shutting out white journalists, are part of the problem.

The words of Rev. Dr. Martin Luther King Jr.’s importance of the content of one’s character and not the color of their skin don’t resonate with Democrats.