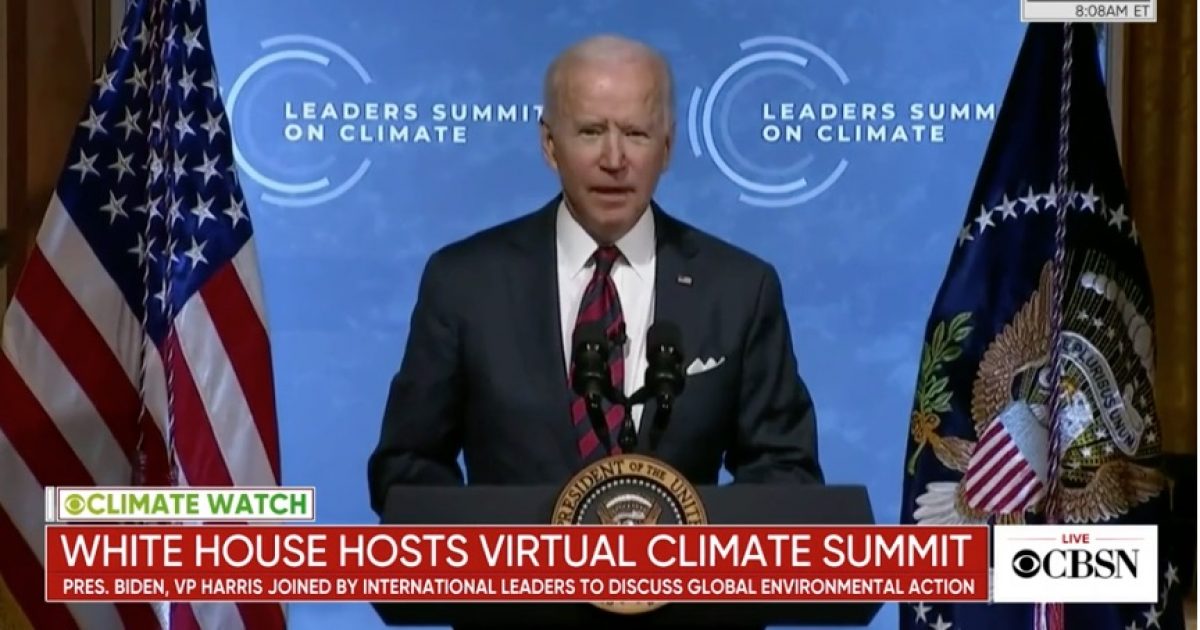 According to CNBC, GM’s Ramos Arizpe production plant “will begin producing at least one EV beginning in 2023.”

GM will have five electric vehicle plants in total with only two in the U.S. The other two production facilities are in Canada.

Biden’s planned investments in clean energy, including electric vehicles, are intended to create jobs in the clean energy space.

He campaigned on tackling climate change and Biden promised it would “create more than 10 million well-paying jobs in the United States.”

Biden made his clean jobs pitch in a recent speech.

Federal dollars for electric vehicles were included in the president’s infrastructure plan that focuses on climate change. In fact, Biden wants to spend $174 billion on making his electric vehicle goal a reality.

The United Auto Workers Union was upset over the GM announcement and, in a statement, blasted the fact that taxpayer money could be used to create jobs in Mexico, saying, “Taxpayer money should not go to companies that utilize labor outside the U.S. while benefiting from American government subsidies.”

The job creation in Mexico was noted on Twitter.

“GM said it will also build batteries and electrical components at Ramos Arizpe starting later this year”@JoeBiden tell us more about how the EV batteries will be built in the U.S. – better yet tell GM because the UAW doesn’t think your word is good https://t.co/ChdHXQnyAC

The move by GM exposes the real-world limitations of Biden’s clean energy jobs.