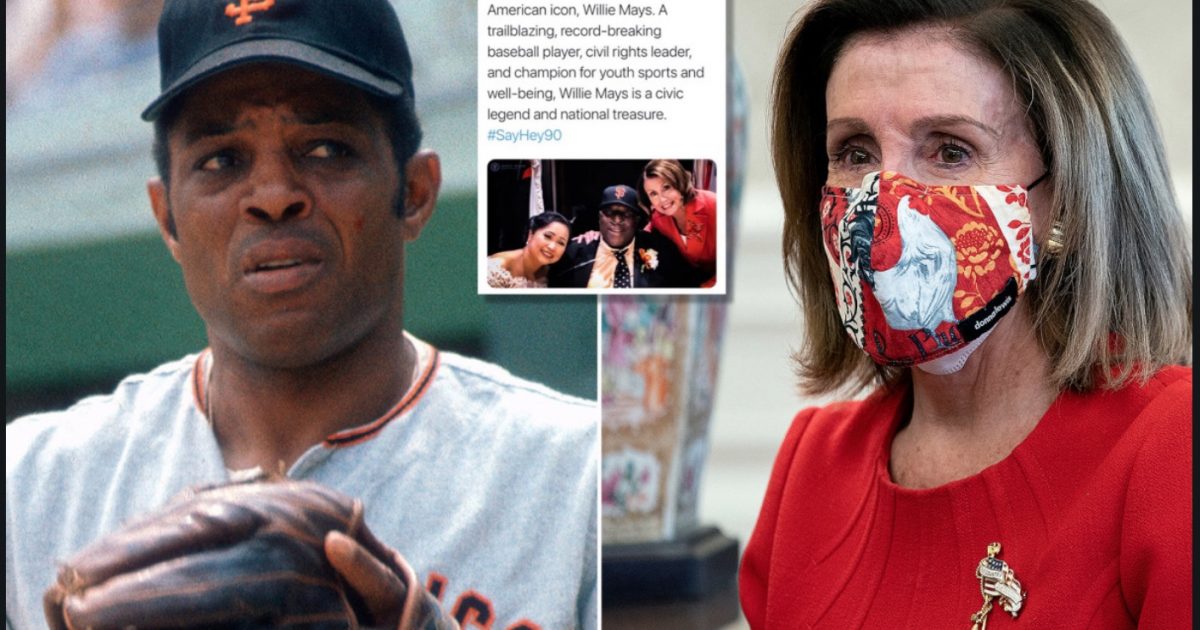 House Speaker Nancy Pelosi shared a picture of the wrong black baseball player in a failed attempt to honor Willie Mays on his 90th birthday.

Pelosi tweeted a picture of her and Willie McCovey instead of Willie Mays.

Both players are Hall of Fame members and played for the San Francisco Giants.

Pelosi corrected the embarrassing mistake but it came too late to hide the error.

House Speaker Nancy Pelosi tried to honor baseball legend Willie Mays for his 90th birthday Thursday, but those plans were initially fouled up after the 81-year-old pol tweeted out a smiling photo of herself — and Willie McCovey.

‘Cause all black people look the same @SpeakerPelosi ? ??‍♀️ https://t.co/jPecB5Do8W

The comments on my Tweet show outrage over Pelosi’s mistake.

Pelosi was called a racist.

Just shows Pelosi is a racist. She thinks all black men look the same. Willie Mays looks nothing like Willie McCovey. #Liberalsare racist

And there was criticism about her lack of baseball knowledge.

She doesn’t know what a baseball is.

Team Pelosi blamed the error on a staffer.

It’s ironic that Pelosi, who pushes white supremacy, was embarrassed by a racist Tweet.