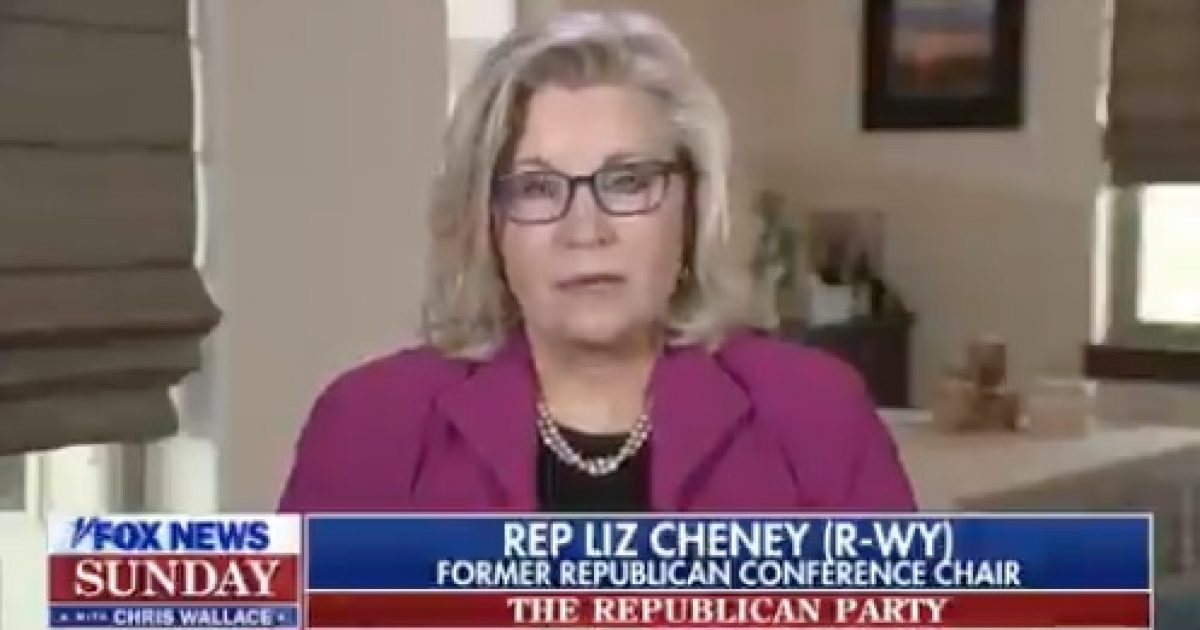 Cheney’s comments about Trump follows her being ousted from a Republican leadership position in the House of Representatives.

Liz Cheney to Chris Wallace on Trump: "He is a continuing danger to our system. Those millions of people that you mentioned who supported [him] have been misled, they've been betrayed." pic.twitter.com/vdbi4jvxie

On ABC News, Cheney continued her verbal attack on Trump including her voting for him.

Cheney regrets voting for then-President Trump in the 2020 presidential election.

Liz Cheney tells ABC she voted for Trump in 2020 but now regrets doing so pic.twitter.com/aOc3K4uu0J

Cheney also described her experience at the Capitol on January 6.

“This cannot be happening in the United States of America.”

Rep. Liz Cheney recounts her experience on Jan. 6th to @JonKarl after seeing an image of a Confederate flag flying in the Capitol Rotunda while she was on the House floor. https://t.co/zwcCkO7rtC pic.twitter.com/rpxe6IatfJ

Cheney responded to her being voted out as the Republican Conference Chair.

WALLACE: Are Kevin McCarthy and Elise Stefanik being complicit in the Trump lies?

LIZ CHENEY: They are, and I'm not willing to do that. pic.twitter.com/zp9kbJZKi2

Cheney’s comments show the reason she was voted from House Republican leadership.

Her critical comments about Trump throughout 2021 most certainly are not a unifying message for Republicans and not appropriate for the person serving as Republican Conference Chair.

Moreover, Cheney’s aggressive tone against the members of the Republican Party could jeopardize her House seat in Wyoming.