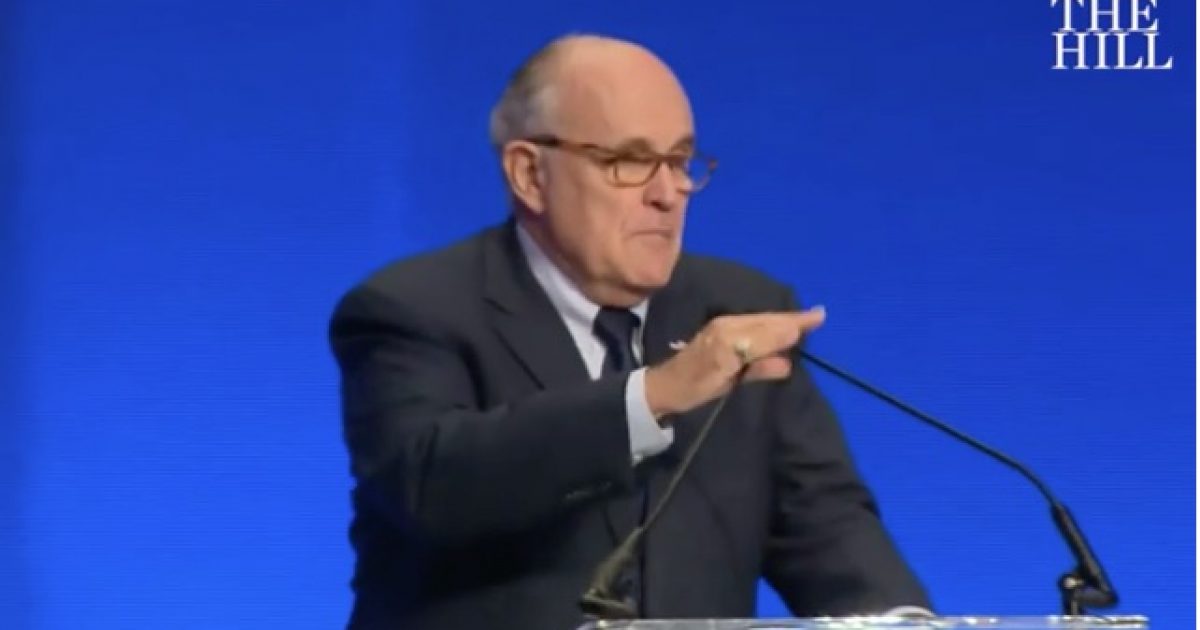 The Washington Post, The New York Times, and NBC News retracted information in their stories that claimed the FBI warned Rudy Giuliani he was being used by Russia to spread disinformation.

It turns out the FBI was aware of an effort by the Russian government to spread false information about then-candidate Joe Biden in 2019 but they did not brief Giuliani.

Additionally, the FBI did not brief One America News Network (OANN) as it was initially reported by The Washington Post.

As a result, the Washington Post issued a correction to a story published last Thursday that made the false claim.

Correction: An earlier version of this story, published Thursday, incorrectly reported that One America News was warned by the FBI that it was the target of a Russian influence operation. That version also said the FBI had provided a similar warning to Rudolph W. Giuliani, which he has since disputed. This version has been corrected to remove assertions that OAN and Giuliani received the warnings.

The false claims about Giuliani followed shortly after the former New York City mayor’s home was raided by the FBI.

The New York Times and NBC News issued similar corrections about the FBI briefing that did not happen.

Here is the NBC News story and correction which was posted on Twitter.

CORRECTION: A second source now says the briefing was prepared for Giuliani but not delivered to him, in part over concerns it might complicate the criminal investigation of Giuliani. As a result, the premise and headline of the article have changed to reflect the corrected info. pic.twitter.com/IrFIISEdkP

The Hill reported on the retractions.

The New York Times, The Washington Post and NBC News walked back their reporting about the FBI’s communication with President Trump’s personal lawyer Rudy Giuliani regarding Russia.

The news outlets were slammed for producing fake news.

On a Saturday, the Washington Post added this correction to their defamatory story about me. The Washington Post and the NYT must reveal their sources who lied and targeted an American Citizen. #msnbc , #cnn forgot to mention the corrections today. #fakenews #badpeople pic.twitter.com/NhBX7EwQdk

Indeed, anonymous sources are responsible for the false content and as mentioned below, the same person/persons potentially pitched the bad information to three major news outlets.

The same “anonymous source” shopped the same false claims about
Giuliani receiving a defensive briefing to the NYT, WaPo and NBC. And like good propagandists they all ran with it. Now they have to retract it. Same garbage pattern of “reporting”. https://t.co/5W3WCU3KvM

This is just more evidence of agenda-driven “news” showing the media can be the enemy of the people.

Importantly, not one but THREE major news outlets ran with fake content.

To help stop fake news, the news outlets should expose the anonymous source/sources to send a message that only real sources deserve anonymity.

I discussed this topic on National Report on NewsmaxTV.

Rudy Giuliani was not briefed by the FBI.

“Anything to do with anyone associated with former president Trump is going to be guilty in the eyes of the media,” @tomborelli tells Newsmax TV. https://t.co/VlT7z8v2lm pic.twitter.com/7VTXf1g1PT