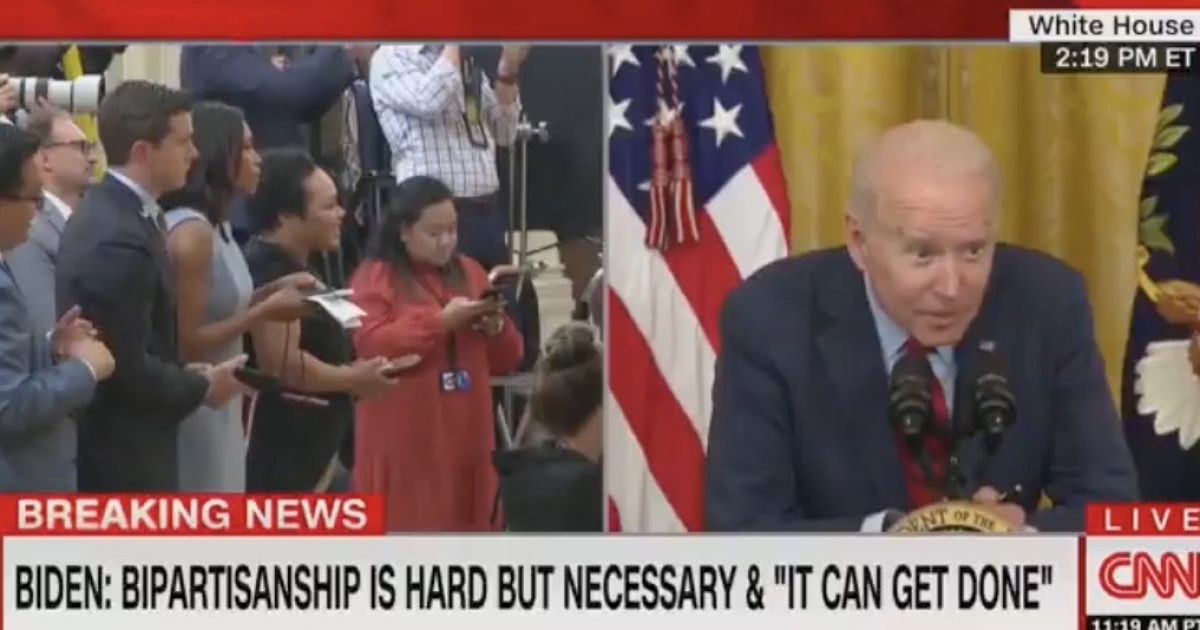 President Biden held a press briefing on Thursday at the White House and responded bizarrely to questions from the media.

Biden slowly bent over to whisper his responses into the microphone not once but several times while the press in the room stood by and watched.

He did it AGAIN. pic.twitter.com/nrmJBEPnUD

Joe Biden was coached by his handlers to not yell at the press (after his debacle last week) so now he has taken to deranged whispering whenever he gets asked a question that makes him angry. https://t.co/YODMVaK2ua

Last week, Biden showed his bitter testy side with reporters covering his participation in the international summits.

Biden was questioned by the press about his meeting with Russian President Vladimir Putin.

While wrapping up his solo press briefing, Biden made it clear he didn’t like a question from CNN’s Kaitlan Collins and with his finger pointed, launched into a very testy exchange with her.

Joe Biden yells at reporter not called on from pre-approved list:

“Where the hell? What do you do all the time?”

"If you don't understand that you’re in the wrong business." pic.twitter.com/deixnjcDCr

It’s no wonder President Biden is mostly not in front of the media and cameras.

Clearly, Biden’s handlers have no idea how he may respond or what he might say at any given time with the press.

Biden’s bizarre behavior is concerning and while the world laughs, our adversaries are enjoying it because they are also likely making plans to exploit the president’s weakness.