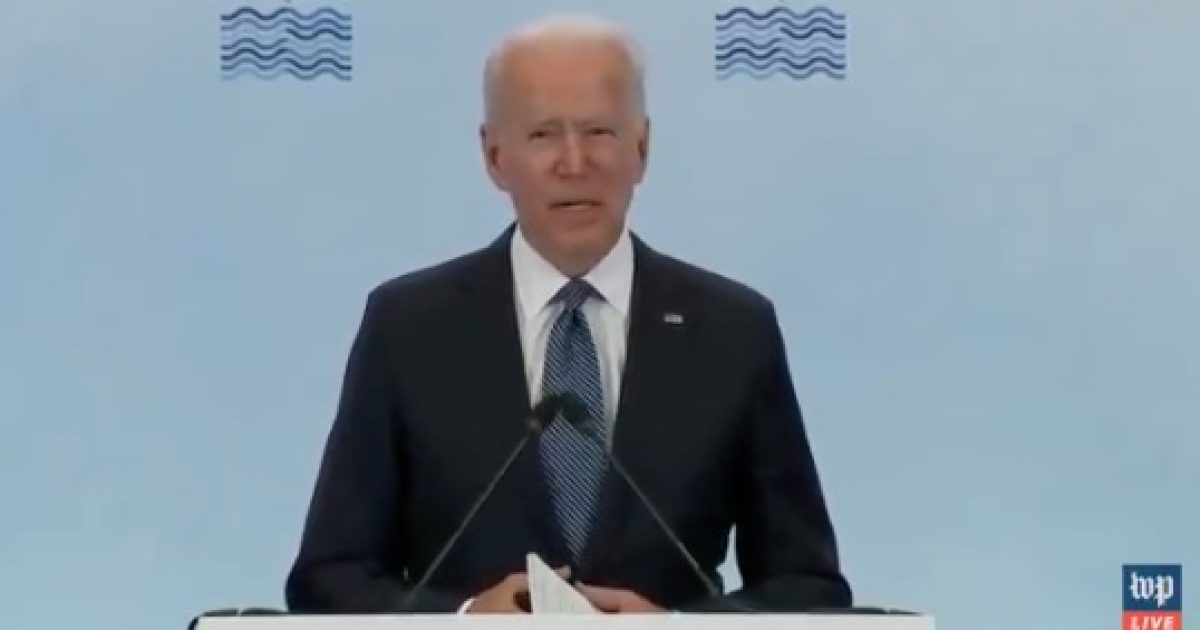 President Joe Biden attended the G7 summit in the United Kingdom to meet with world leaders and made a series of blunders during the trip.

At times he appeared confused or got a bit too “chatty” and had to be helped not just by First Lady Jill Biden but also by other world leaders. There was also the disgustingly perverse nature of the whole event, which Biden bumbled through with a smile on his face the entire time.

Speaking at a press conference, Biden tripped up and confused Syria with Libya three times.

Biden at press conference said he is hopeful that he can find an accommodation where US and Russia can save the lives of people in Libya. (He meant Syria, aides say.) pic.twitter.com/1sP5QHYGZu

One post on social media said Biden appeared to be lost when First Lady Jill Biden quickly made her way towards him, calling and waving for the president to come follow her.

Joe Biden seems to get lost at the G7 summit in England, Jill comes to the rescue @JoeBiden @G7 @FLOTUS @USAmbUK pic.twitter.com/GFxGouRCoA

Boris Johnson insists to Joe Biden that he already introduced the president of South Africa to a G7 meeting.

Governor Ron DeSantis (R-FL) said Biden’s presence at the G7 was “quite a contrast from his predecessor,” that Biden “is much more passive on the world stage,” and America’s adversaries are taking note.

DeSantis also blasted Biden for not being tough on China.

Governor DeSantis blasts Biden's performance at the G7 summit, saying it "played well with European elites," but that there wasn't "much in it for middle America." pic.twitter.com/y3gQ5sYTr0

guy is shot. It’s a embarrassment

Biden’s blunders at the G7 summit are concerning and shows the world what a weak leader he really is.

Given that, it’s not surprising he is not planning on doing a joint press conference after his meeting with Russian President Vladimir Putin.