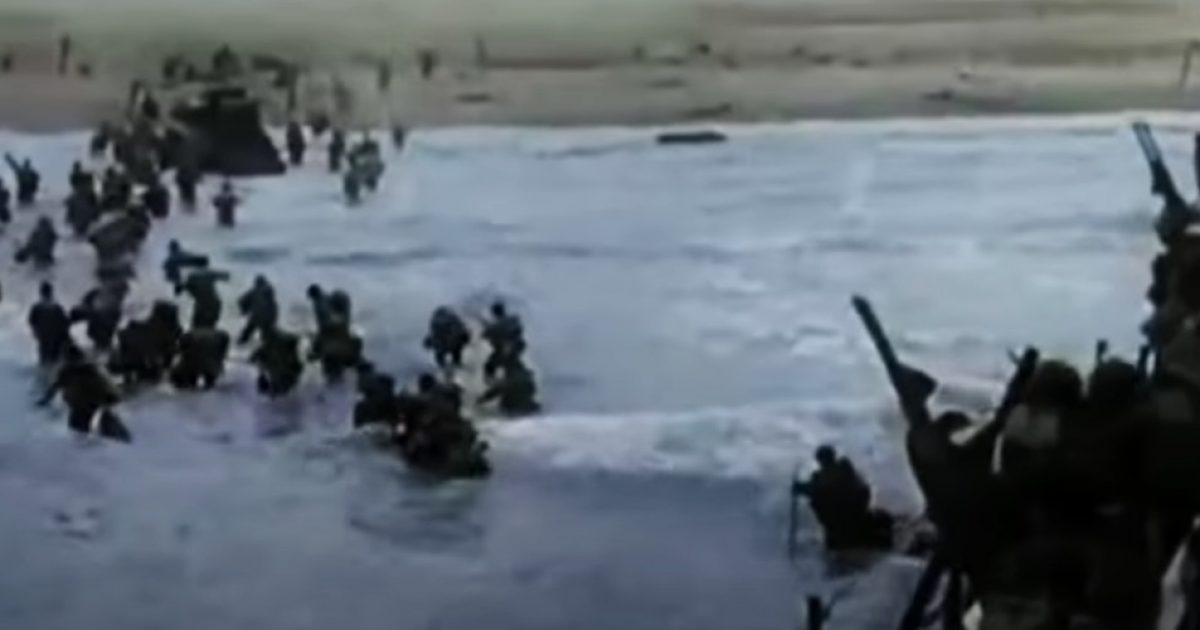 President Biden ignored the 77th anniversary of D-Day on Sunday, failing to commemorate the invasion in Europe.

Instead, a Tweet was posted about the 1921 Tulsa Massacre with a video of Biden meeting with survivors.

I met with survivors of the Tulsa Massacre this week to help fill the silence. Because in silence, wounds deepen. And, as painful as it is, only in remembrance do wounds heal. pic.twitter.com/0mLMRAhJiD

Vice President Kamala Harris, on the other hand, tweeted about the 77th anniversary of D-Day.

On the 77th anniversary of #DDay, we honor the heroes who stormed the beaches of Normandy and liberated a continent. We will never forget their courage and sacrifice.

Breitbart tracked whether or not any reference to D-Day was mentioned by Biden or the White House.

None of Biden’s Twitter accounts — @JoeBiden, @POTUS, @WhiteHouse — had commemorated D-Day by 6:30 p.m Eastern time. A search of the White House website also showed no statements.

Critics of Biden ignoring the anniversary commented on social media.

Joe Biden has yet to mention D-Day today.

No tweets about it. No statements.

He probably doesn’t know today is the 77th anniversary but could someone remind him?

BREAKING: Joe Biden went the entire day without acknowledging the anniversary of D-Day on either of his Twitter accounts (@POTUS & @JoeBiden).

The U.S-led invasion of Normandy on June 6, 1944, was the biggest amphibious invasion in history which led to the defeat of the Nazis in World War II, liberating France and Western Europe.

Biden ignoring the 77th anniversary of D-Day without a statement or acknowledgment on social media speaks volumes.

Ignoring D-Day and the few remaining veterans of the invasion of France is inexcusable.