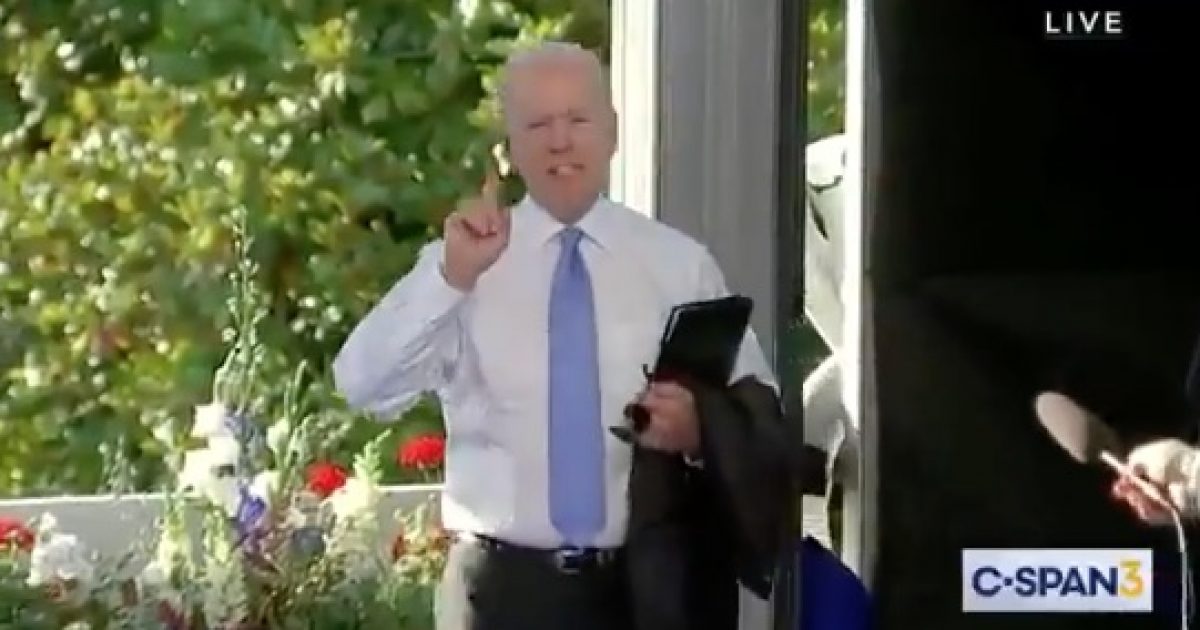 President Joe Biden showed his bitter testy side with reporters covering his participation in the international summits.

Biden was questioned by the press about his meeting with Russian President Vladimir Putin.

While wrapping up his solo press briefing, Biden made it clear he didn’t like a question from CNN’s Kaitlan Collins and with his finger pointed, launched into a very testy exchange with her.

Joe Biden yells at reporter not called on from pre-approved list:

“Where the hell? What do you do all the time?”

"If you don't understand that you’re in the wrong business." pic.twitter.com/deixnjcDCr

Prior to boarding Air Force One, Biden told a reporter he has “a negative view of life,” in response to his question about meeting with Putin.

Biden received pushback from the liberal media and the trip also exposed the way Biden’s handlers seek to control his relationship with the media.

On several occasions, Biden mentioned he was going to get in trouble with his staff before he answered a question.

Fox News quoted Biden in a news story on this topic.

I’m sorry, I’m going to get in trouble with staff if I don’t do this the right way,” Biden said.

The attempted control by Biden’s staff was also recognized by CNN.

CNN’s Jeff Zeleny criticized Biden and his aides, saying, “What we have not seen him do is answer questions like that without his aides screaming at him to stop.

CNN’s Jeff Zeleny: We haven’t seen Biden answer questions “without his aides screaming at him to stop” pic.twitter.com/spQobCFlW1

So here’s MAJOR REMINDER why they kept @joebiden LOCKED IN THE BASEMENT. He’s a Mean, Nasty, Weakling. Everybody saw it. Media pretends it didn’t happen. Could you imagine this guy on a normal “campaign trail”? COVID TRULY WAS A GIFT for him pic.twitter.com/YU9XyP2Jp5

And that is why he only takes scripted questions and in exact order so he can look at his cards to answer them.

Controlling Biden is not new.

Recall Biden was largely kept from the media during the presidential campaign and the pattern is continuing during his presidency.

The big question is who is pulling President Biden’s strings?