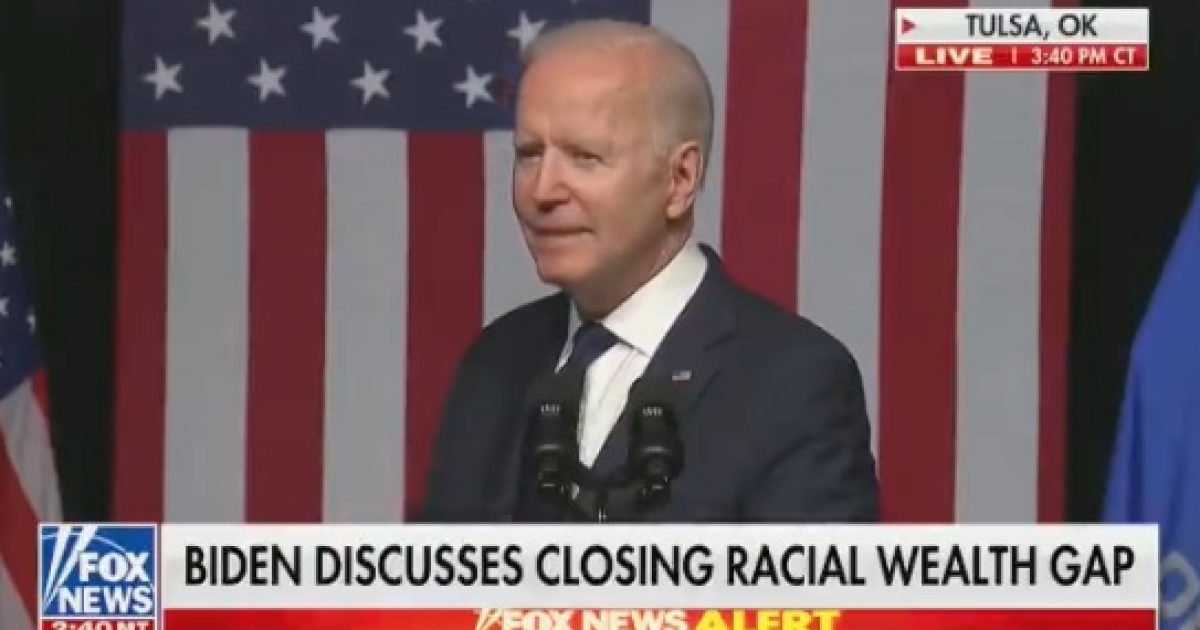 President Biden traveled to Tulsa, Oklahoma, this week to deliver remarks on the 100th anniversary of the bloody massacre at Black Wall Street.

As many as 300 Black Tulsa citizens were killed and hundreds injured by white racists.

In 1921 — on May 31 and June 1 — a white mob, including some people hastily deputized by authorities, looted and burned Tulsa’s Greenwood district, which was referred to as Black Wall Street.

Biden was blasted over the comments he made about race in America.

During his speech, Biden took the opportunity to claim the biggest terrorist threat to America is white supremacy.

Biden also made the claim that young black entrepreneurs don’t have lawyers and don’t have accountants.

Joe Biden's head is going to explode when he finds out Black Americans can be lawyers and accountants… https://t.co/9hITWAH0kh

I called President Biden out on Fox News calling him “a propagandist and hypocrite.”

So ⁦@deneenborelli⁩ calls @JoeBiden “a propagandist & hypocrite” over his race card speech in Tulsa, Oklahoma. pic.twitter.com/9Zil9WXRTD

Other critics hit back at Biden on social media.

Joe Biden is a racial cancer looking to metastasis on the young minds of our children & those ignorant of our American history! 👀

We are not, let me repeat, we are NOT systemically racist! 😡😠https://t.co/Svz81v1D2i

What Joe Biden should have said in Tulsa:

"The Ku Klux Klan had a very strong presence in the Senate, and I know 'cause I was friends with most of 'em!"

Joe Biden speaking at Tulsa is a little bizarre considering his history of racist comments and the fact that he gave a glowing eulogy for Ku Klux Klan leader Robert Byrd. It was the Klan that did the massacre. #TulsaMassacre #Tulsa

How about Joe Biden confronts his own past? #Tulsa #WhiteSupremacy https://t.co/jee1PL8ZBk

Remember, Donald Trump — through economic policies that treat us all as Americans, not “identities” — oversaw the greatest rise in prosperity for black Americans in US history.

In just 3 years, he did what 5 decades of Biden’s racist bulls*** failed to deliver. https://t.co/g3XUGAJ7v8

Biden doubled down on claims of systemic racism in America during his Tulsa speech and has no intentions of doing the right thing to help unite the country despite the claim he made during his inauguration speech.

Make no mistake about it, Biden is dividing the nation on racial grounds for political purposes.