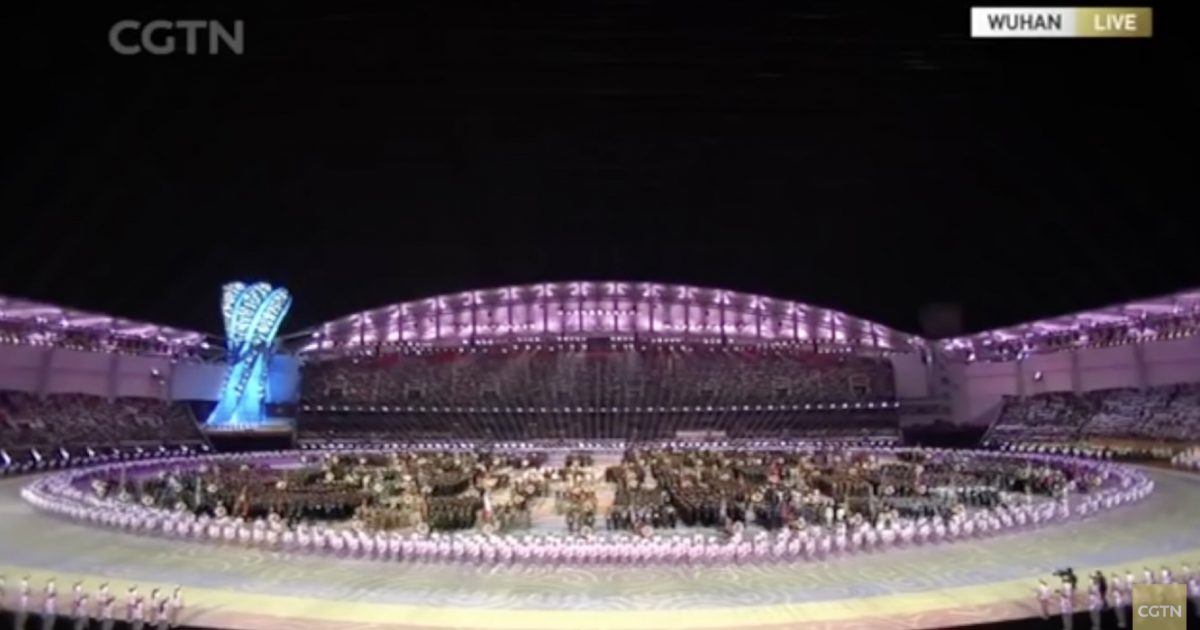 Washington Post columnist Josh Rogan’s opinion piece “Congress is investigating whether the 2019 Military World Games in Wuhan was a covid-19 superspreader event,” raises a very interesting idea about the start of the COVID-19 pandemic.

Rogan writes The Military World Games in Wuhan, China in 2019 could have resulted in a superspreader event that ignited the pandemic.

The competition is an Olympics type event but it’s for military athletes from countries around the world.

Rogan writes, “more than 9,000 international athletes from more than 100 countries traveled to Wuhan, China — and many of them later got sick with covid-19-like symptoms.”

The event was two-weeks long during that time and Rogan writes “…international athletes noticed that something was amiss in the city of Wuhan. Some later described it as a ‘ghost town.’”

Some athletes from different countries reported COVID-19 type illness after returning from China.

The commentary includes a letter from Representative Mike Gallagher (R-WI) that calls for an investigation.

Some backed the idea of an investigation.

We need to hear more from the other international athletes who attended the October 2019 Military World Games in Wuhan.

"60 Canadian athletes on the [return] flight were put in isolation.. sick with symptoms ranging from coughs to diarrhea.. Some were bedridden for weeks." https://t.co/M1JBOZppDB

Interesting, explains maybe why I had Covid symptoms in November 2019 https://t.co/FtBVLarpDa

Some believe the virus was spreading before December 2019 and if so, The Military World Games could have ignited the pandemic.

The question is what did China know and most important when did they know it?

The world leaders including the U.S. must demand a full investigation of the origins of the COVID-19 virus including The World Military Games.