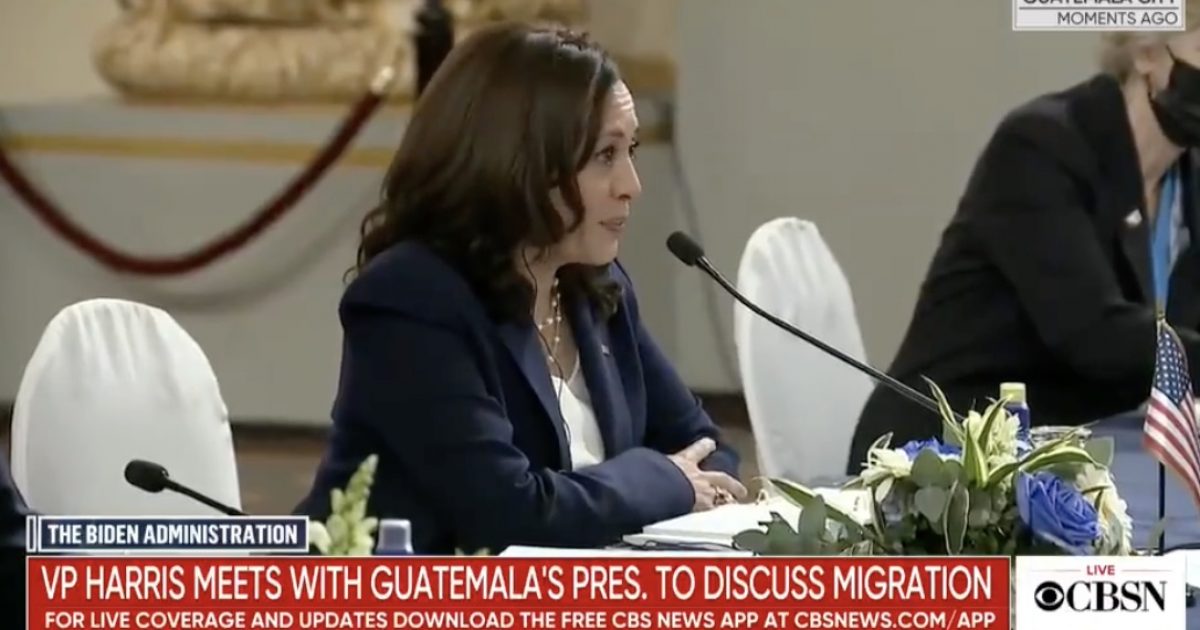 Vice President Kamala Harris laughed when asked what her plans were to visit the U.S.-Mexico southern border.

This week, Harris visited Guatemala as part of her mission to address the crisis at the southern border.

During an interview on NBC News, Harris was asked about her visiting the border. Visiting border states would allow Harris to get a first-hand look at the border crisis.

Despite the obvious question, Harris was totally unprepared for a solid answer.

In typical fashion for Harris, she laughed during her response.

In a Tweet, the RNC pointed out the presidents of Central American countries blame President Biden for the surge of immigrants at the border.

Joe Biden’s rhetoric and policies are to blame for the 21-year high in border crossings.

The presidents of Mexico, Guatemala, and El Salvador agree! pic.twitter.com/eaBSzT2tri

During her remarks at the press conference in Guatemala, Harris told Guatemalans “Do not come.”

At her Monday speech, Harris said: “I want to emphasize that the goal of our work is to help Guatemalans find hope at home. At the same time, I want to be clear to folks in this region who are thinking about making that dangerous trek to the United States-Mexico border: Do not come. Do not come.”

Harris was blasted by Representative Alexandria Ocasio-Cortez (D-NY) over her don’t come statement.

This is disappointing to see.

First, seeking asylum at any US border is a 100% legal method of arrival.

Second, the US spent decades contributing to regime change and destabilization in Latin America. We can’t help set someone’s house on fire and then blame them for fleeing. https://t.co/vADyh5H0bw

There are over 17,000 unaccompanied migrant children that crossed the southern border in U.S. custody.

Prior to Harris’s visit to Guatemala, Guatemalan President Alejandro Giammattei told CBS News the vice president and he “are not on the same side of the coin,” and that he wanted a “more of a clear message” from the Biden administration.

Perhaps the comment about “Do not come” by Harris was intended to address the concerns expressed by Giammattei.

Biden and Harris are responsible for the crisis at the southern border. Former President Trump made a number of policy directives that dramatically slowed the number of immigrants seeking entry into the U.S.

Despite the success of the Trump programs, Biden ended Trump’s border wall construction and stopped the former president’s Remain in Mexico policy for asylum seekers.

Biden broke the southern border and now owns the crisis. All he had to do was just sit on his hands and not do anything with policies he inherited from Trump.

All the laughing in the world from Harris will not change the root cause of the border crisis is Biden.