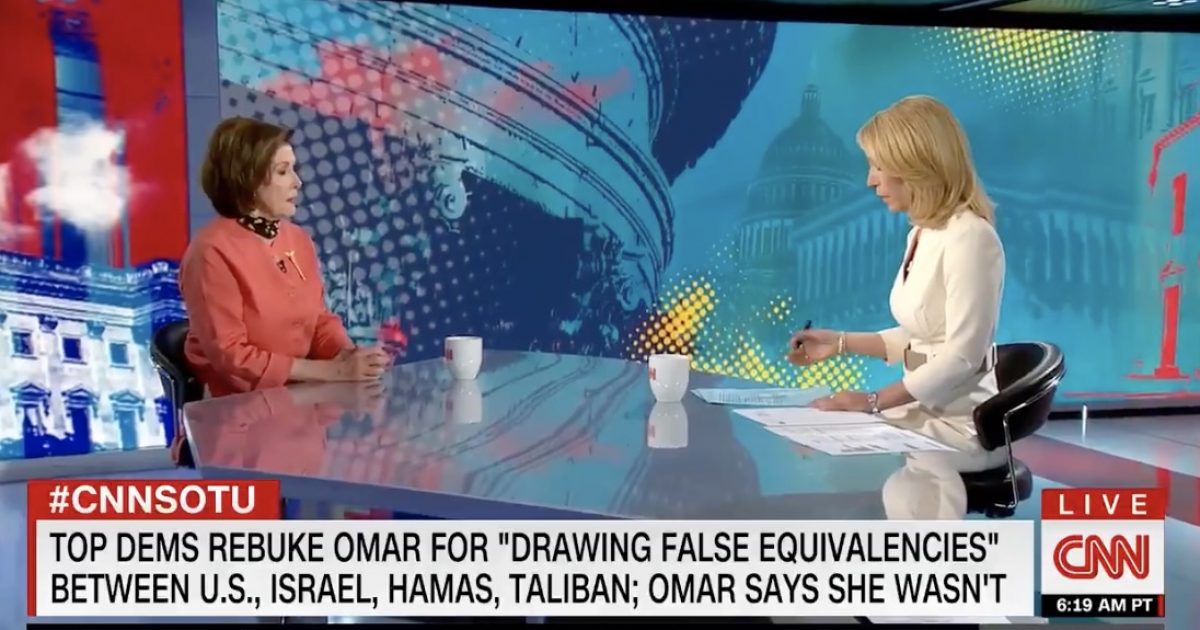 Omar generated controversy when she asked U.S. Secretary of State Antony Blinken to look into “atrocities” committed by terrorist organizations as well as the U.S.

We must have the same level of accountability and justice for all victims of crimes against humanity.

We have seen unthinkable atrocities committed by the U.S., Hamas, Israel, Afghanistan, and the Taliban.

I asked @SecBlinken where people are supposed to go for justice. pic.twitter.com/tUtxW5cIow

A group of Jewish House Democrats were disturbed by Omar comparing the U.S. and Israel to terrorist groups and urged her to clarify her comments.

The joint statement said, “Equating the United States and Israel to Hamas and the Taliban is as offensive as it is misguided.”

We urge Rep Omar to clarify her words placing the US and Israel in the same category as Hamas and the Taliban pic.twitter.com/KfcnmpLRO6

In response, Omar issued a clarification denying she was not making “a moral comparison” and she added, “I was in no way equating terrorist organizations with democratic countries with well-established judicial systems.”

Pelosi appeared on CNN’s State of the Union and when asked about Omar’s remark, she said, “She clarified, we thanked her, end of subject.”

The Speaker also called Omar a “valued member of our caucus.”

Ilhan Omar equated the U.S. and Israel with terrorist groups.

Nancy Pelosi says Omar “is a valued member of our caucus” and admits Democrats did not “rebuke her.”

A brief explainer on the repetitive drama of @IlhanMN: pic.twitter.com/UqQZpgGstq

.@SpeakerPelosi to @CNN: "Congresswoman Omar is a valued member of our caucus. She clarified her remarks. We thanked her. End of subject."

Serious question – how can any large or small Jewish donor continue to give a penny to the Democrat Party? #SomePeopleDidSomething pic.twitter.com/h2N0bcwrpW

Omar also retweeted a video from an organization that was investigated by the FBI over its possible links to a terrorist group.

His wriggling is too painful to watch, but sure tell this brutalized child that @SecBlinken says he can claim justice from his abusers.pic.twitter.com/mNpVMqbiqj

In 2010, ISM was deemed by the Anti-defamation League (ADL) as one of the top 10 anti-Israel organizations in the country. The FBI has also investigated ISM for possible links to terrorists, but FBI documents reported in 2020 by the Intercept did not detail any charges levied.

Our statement in support of Rep. @Ilhan: pic.twitter.com/iBU7ZZDAkl

Omar harbors anti-American and anti-Israel feelings and it’s extremely disappointing Speaker Pelosi will not publicly reprimand her and remove her from the Foreign Affairs Committee.

It sure looks like Pelosi is afraid of Omar and the progressive Democrats in the House.