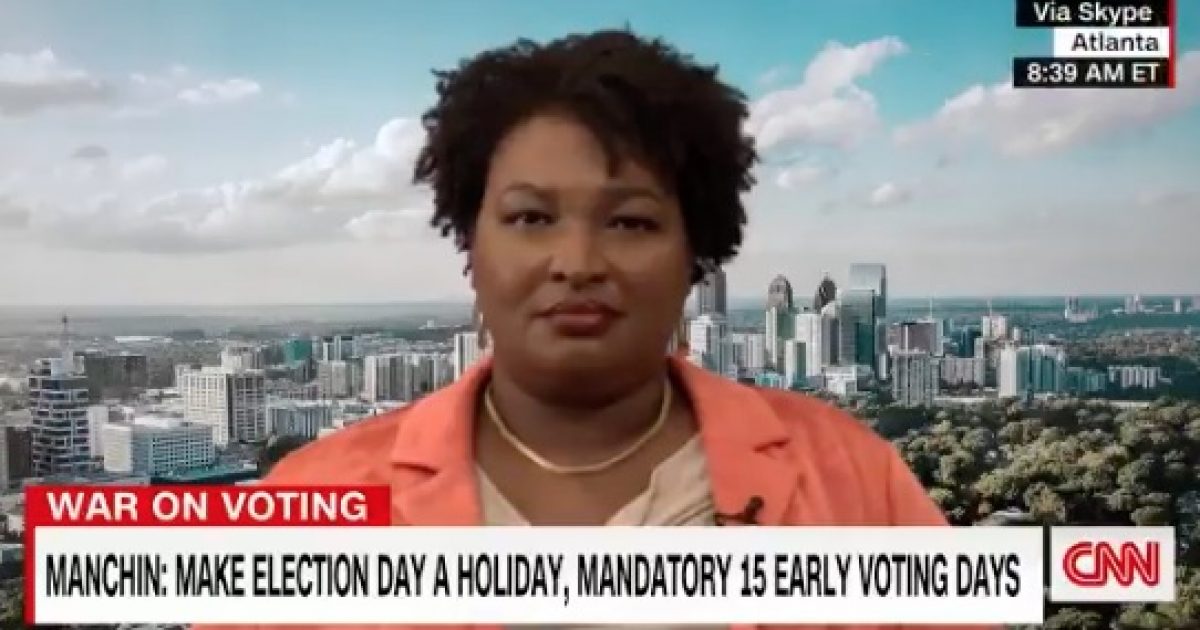 Abrams, a former Georgia state representative, is backing Manchin’s suggested changes to HR1, the For the People Act, a broad election reform bill expected on the Senate floor next week.

Manchin initially said he opposed the bill because it had no Republican support and his modification is intended to attract some from the opposing political party.

Part of Manchin’s compromise effort includes a provision requiring some type of voter identification, something Abrams has staunchly opposed and argued against for years.

Manchin provided a list of his suggested changes this week including alternatives for voter ID such as a utility bill.

They include making Election Day a public holiday; mandating at least 15 consecutive days of early voting for federal elections; banning partisan gerrymandering and use of computer models to draw districts; and automatic voter registration through departments of motor vehicles, with an option to opt out.

In a complete reversal of her previous position, now Abrams says, “No one has ever objected to having to prove who you are to vote. It’s been part of our nation’s history since the inception of voting.”

"What Senator Manchin is putting forward are some basic building blocks that we need to ensure that democracy is accessible no matter your geography." pic.twitter.com/qO8hgb1UL3

Why the change of heart, @staceyabrams? pic.twitter.com/Le11w1pjJS

If only she had realized voter IDs make sense before she denied Georgia businesses $100M in a boycott. https://t.co/aflEnxqUCx

Abrams was at the forefront of ballot review changes in Georgia and worked out a compromise with the governor of Georgia and secretary of state on how to review contested ballots.

Abrams’ support of Manchin’s effort shows how badly Democrats want the federal takeover of national elections and it sets the stage for Manchin to reverse his initial opposition to the bill passed in the House of Representatives.

Going forward, Manchin can say he tried for a compromise and was blocked by Republicans, thereby, giving him an excuse to vote for the House bill For the People Act and also agree to get rid of the Senate filibuster.