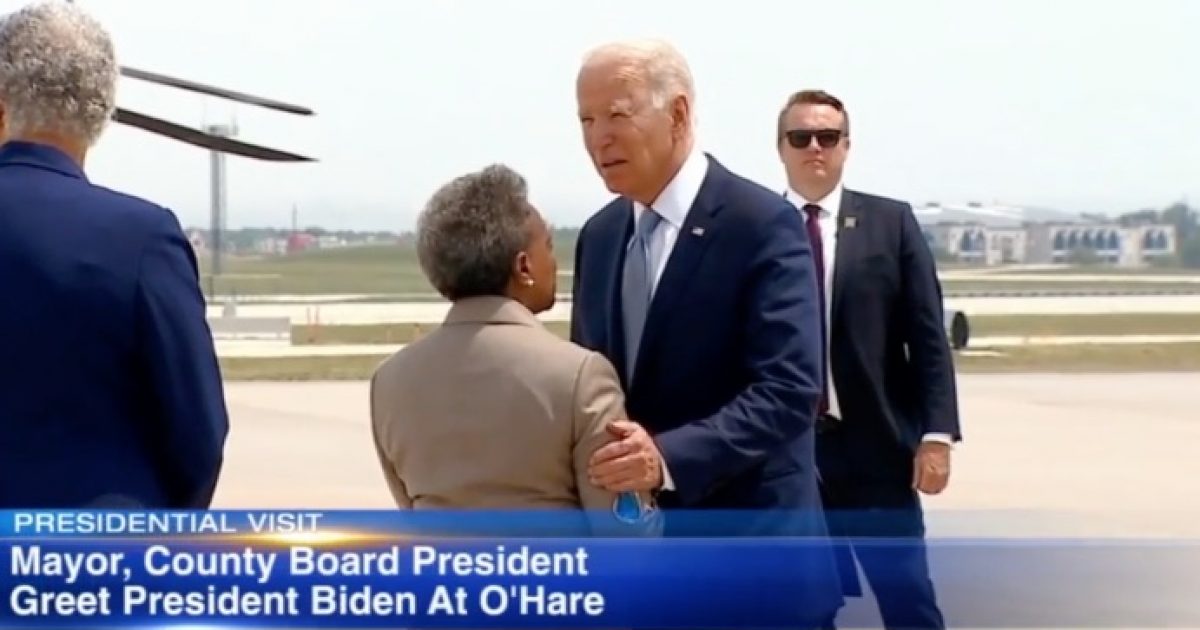 President Biden traveled to Illinois this week for a speaking engagement but avoided commenting on Chicago’s rampant gun violence.

The president spoke at an event in the suburbs of McHenry County focusing on his Build Back Better plan with no mention of the deadly violence roiling the Windy City.

Despite the death and suffering, Biden stuck to his “happy” theme Wednesday and touted the proposed changes the country could make to child care.

“All the data shows — if you’re able to take your child to work … you get increased productivity for the parent. … It really makes a … difference in terms of generating economic growth as well,” the president said. “It’s a win-win.”

How could Joe Biden meet with Lori Lightfoot and not talk about the mountain of dead bodies piling up in Chicago from her failure to lead on cracking down on crime? https://t.co/fy5zh4PF56

Just prior to Biden landing in Chicago, three undercover officers were shot on the South Side while on assignment.

Crime surge continues in the Windy City as 100 people were shot over the weekend. Raymond Lopez, alderman of the 15th ward in Chicago, with reaction. https://t.co/M5tQ9Ipsjo

"Go after the gangbangers and she could make the city a lot safer," @governorrod tells Newsmax. https://t.co/VlT7z8drtO pic.twitter.com/7mJI3GUKBw

Criminals will always have guns and will always use them with little regard for the lives of innocents. The only way to end crime is to wage war on gangs in America. As long as Democrats continue to defund the police, America’s streets will run with blood. https://t.co/a7pXE0uxHm

Joe Biden will visit a suburb of Chicago today.

Why isn't he visiting communities in the inner city that are being destroyed by violence?

Pres. Biden flew to the #Chicago airport for a 3 min or so tarmac summit w/ the Chicago Mayor before quickly leaving for the suburbs to deliver a speech on governement spending–not addressing the violence, crime & murders happening in Democrat-run #DefundthePolice Chicago! pic.twitter.com/s39CySmXqV

I never felt so unsafe in my life, and I grew up in Chicago. I refuse to let my teenaged daughter experience downtown and the city as I did at her age. The gangs and uncivilized people have total control. Please bring in the national guard or whatever it takes.

And as far as our safety is concerned it's always been very violent here in chicago since mayor daily it will never change.

I live in Chicago, West Loop, 2 car-jackings in front of my building in the past month, people being robbed at gunpoint, walking to dinner. What covid didn't kill, the thugs will.

Over the Independence Day holiday weekend, over 90 people were shot in Chicago including a 6-year-old girl.