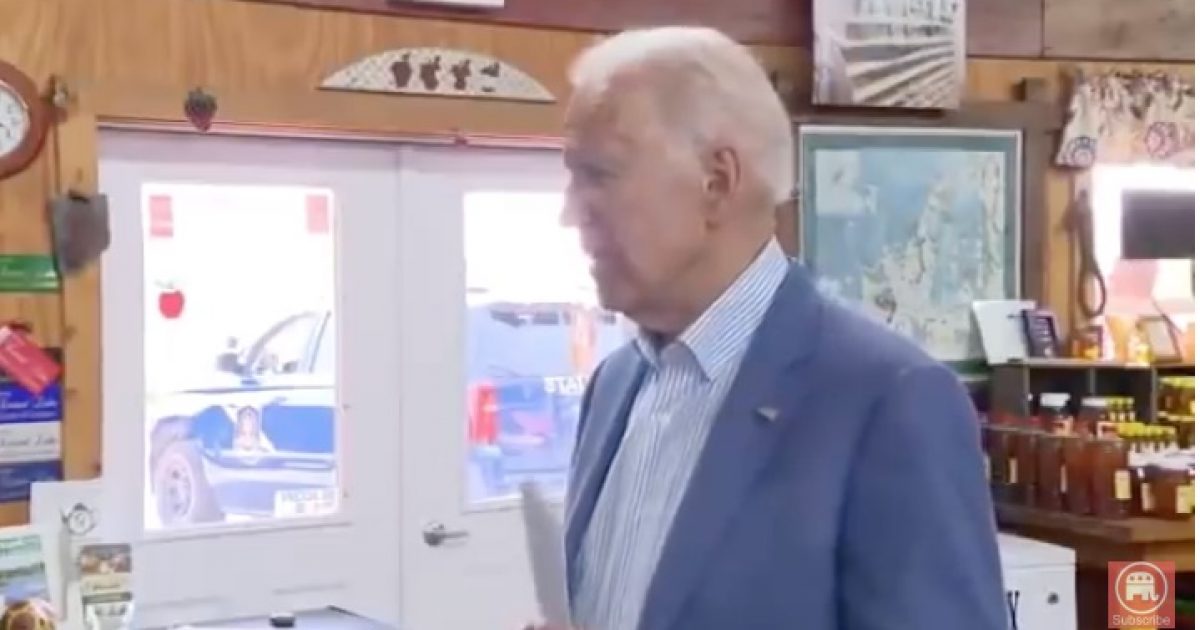 President Biden referred to notes in his jacket pocket to answer a question about Russian hacking at a store in Michigan.

Biden was very slow with his response and pulled out a sheet of paper to help him address the question.

As a video of the exchange shows, the president paused then said, “I’ll be in better shape to talk about it – hold on for one second,” before pulling out his notes.

The New York Post reported the recent cyberattack that occurred on Friday and the question was about the recent incident.

Biden promised if Russia was behind the cyberattack he would have the U.S. “respond.”

The Daily News reported on the cyberattack:

More than 200 companies in the United States were knocked out of commission by a massive ransomware attack as both workers and customers geared up for the long Independence Day weekend.

The REvil gang, a major Russian-speaking ransomware syndicate, appears to be behind the cyber strike, which initially targeted Florida-based company Kaseya and its VSA tool, a software used by several technology-service providers to manage and distribute software updates to systems on computer networks.

Remember when President Biden gave Putin a list of things that were supposed to be off-limits for cyber attacks? What he SHOULD have said is that ALL American targets are off-limits.

Biden is soft on crime and weak against Putin. https://t.co/i6E928akgD

The 25th Amendment is in play America ?

Biden pulls out notes to answer a simple question on Russia.

What a contrast, this dude NEEDS TO GO TO AN OLD AGE HOME! pic.twitter.com/mWjj9hk2Q6

Biden’s dependence on notes and the fact that it looks like the attack came from Russia exposes the president’s weak leadership.

If the analysis is correct and the attack came from Russia then Russian President Vladimir Putin ignored Biden’s warning about cyberattacks which will only compound Biden’s weakness.

The entire world is watching Biden and weakness invites aggression from our adversaries.