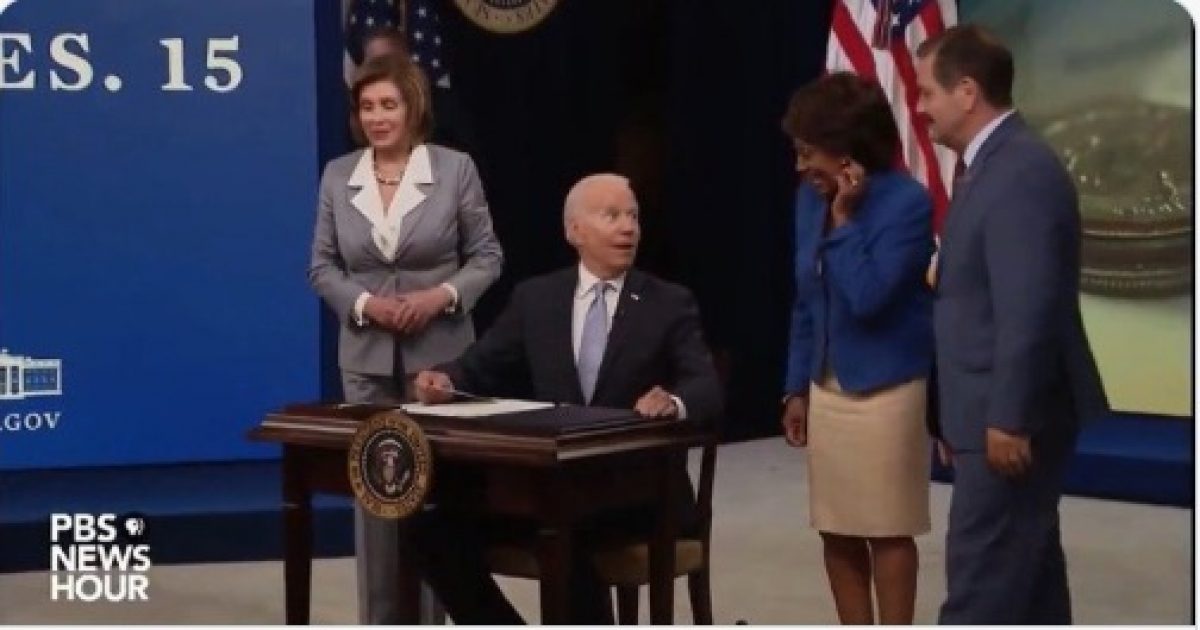 During a bill signing event at the White House, President Biden expressed support for Representative Maxine Waters (D-CA) to run for the Senate.

The recommendation was picked up on Biden’s microphone as Waters approached a table where the president was sitting.

Biden followed up with, “You think I’m kidding, I’m not.”

Demmings recently announced she was running for the Senate in Florida.

Demings is running for senate.

There he goes again. Biden urges Dem Rep Maxine "Walders" to run for Senate, tells Nancy Pelosi to "keep it up" and — "I should be careful what I say" during series of hot mic moments at bill signing. Biden keeps repeating the "careful" line. https://t.co/ptL5L9PnhO @MailOnline

New York Post suggested the comment might have also been directed at Representative Jesus “Chuy” Garcia (D-Ill.) because he approached Biden at the same time as Waters.

Either way, as the New York Post pointed out, Biden’s statement is confusing because both Illinois and California have Democrat Senators running in 2022.

Only Biden can generate confusion at a White House signing ceremony and his comments, whatever he intended, feeds into the narrative that he is not clear-minded and not up to the task of being president.