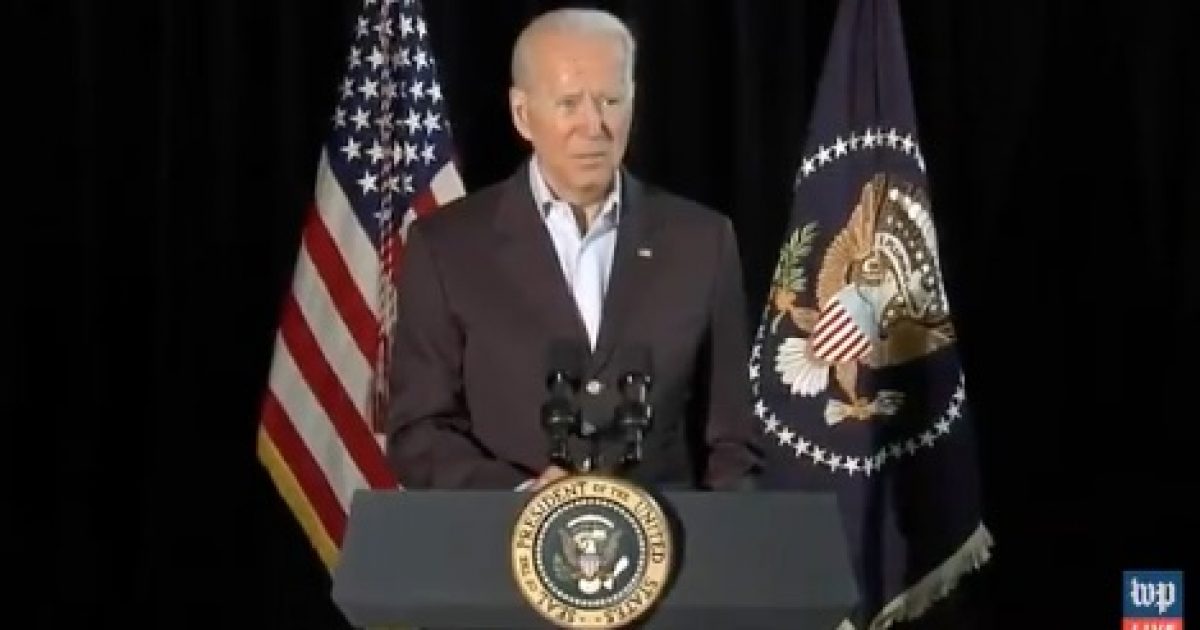 President Biden suggested global warming as a potential contributing factor in the collapse of the Florida condominium.

Biden traveled to Florida and met with Florida Republican Governor Ron DeSantis, toured the site, and visited with the families of the victims.

During press remarks, Biden claimed many of the family members speculated part of the reason for the collapse was global warming.

Just a week after the tragic Miami condo collapse, Biden is already calling suggestions "global warming" may have been to blame "rational speculation." pic.twitter.com/Unn3tWRFxF

The president said he doesn’t have any “firm proof” on what caused the collapse that left 18 dead and 145 still missing, but that there was all kinds of “rational speculation,” including “whether or not rising sea levels had impact.”

Biden’s Secretary of Energy Jennifer Granholm also suggested climate change could have played a role in the Florida condo collapse, saying, “Obviously, we don’t know fully, but we do know that the seas are rising.”

Critics of Biden and Granholm commented on social media.

Biden just speculated that global warming caused the Miami condo collapse. This is a sick lie. It just absolves the responsibility for who or what actually caused it

i just got a papercut……climate change.

Democrats are shamelessly exploiting the tragedy in Florida to advance their radical climate change policies.

Biden and his administration’s timing is disgusting given rescuers are working tirelessly and family and friends of victims anxiously await updates.