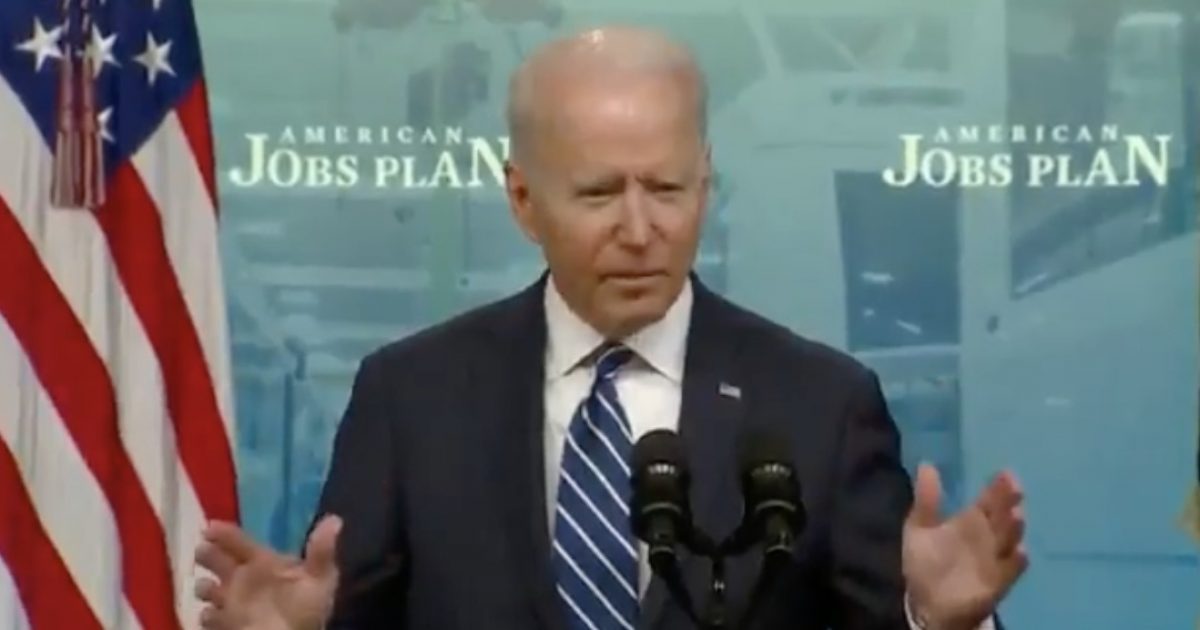 President Biden had a series of bizarre behavior this week while in the public eye.

On Friday, the 2020 World Series Champion Los Angeles Dodgers were honored by Biden and Vice President Harris at the White House.

Strangely, Biden felt the need to take a knee for the group photo.

Very strange: @JoeBiden decides to kneel when taking a photo with the Los Angeles Dodgers at the White House. pic.twitter.com/abvRq4JTfc

Visibly annoyed about the Afghanistan topic, Biden tersely cut the reporters off calling their questions “negative” and that he only wanted to discuss “happy things.”

.@JoeBiden snaps at reporters when pressed on Afghanistan, and used the 4th of July as an excuse to not answer questions. pic.twitter.com/C1Xq6Nw45u

Reporters repeatedly pressed @JoeBiden on the timeline for removing all American troops by Sept. 11, queries the president called "negative."

"I want to talk about happy things, man."https://t.co/iU6AHV6zcB

While in Florida this week, Biden bizarrely suggested global warming as a potential contributing factor in the collapse of the Florida condominium.

Biden met with Florida Republican Governor Ron DeSantis, toured the site, and visited with the families of the victims.

During press remarks, Biden claimed many of the family members speculated part of the reason for the collapse was global warming.

Just a week after the tragic Miami condo collapse, Biden is already calling suggestions "global warming" may have been to blame "rational speculation." pic.twitter.com/Unn3tWRFxF

After a week of bizarre behavior, it’s no wonder Biden’s handlers make every effort to keep him out of the public eye.