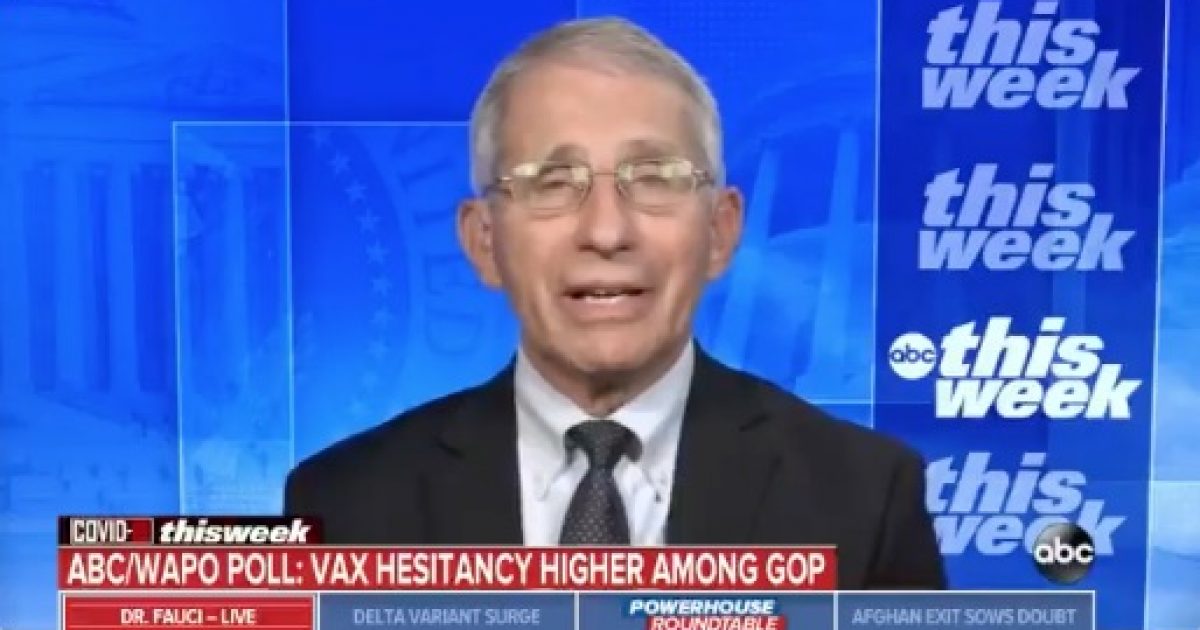 Fauci appeared on ABC News’ “This Week,” CNN’s “State of the Union,” and CBS News’ “Face the Nation.”

On CNN, Fauci responded to a video clip of a discussion about COVID-19 vaccines at CPAC where the crowd cheered that the government failed to get ninety percent vaccination rates.

Jake Tapper asks Dr. Anthony Fauci to react to the CPAC Texas crowd cheering that the government has been unable to reach its vaccine goals so far.

Fauci: "It’s horrifying… I just don’t get that. I mean, and I don’t think that anybody who is thinking clearly can get that." pic.twitter.com/4nY7CMor5i

Dr. Fauci tells @GStephanopoulos, "we've got to get away from the divisiveness," politics have generated in vaccination rates among Americans.

"Viruses and public health don't know the difference between a Democrat, a Republican or an Independent." https://t.co/CSKRmXmlXK pic.twitter.com/OwedIlQw49

We have got to get away from the divisiveness that has really been a problem right from the very beginning with this outbreak.

Fauci expressed concern about the state of vaccinations on “Face the Nation.”

“It is almost inexplicable why people, when they see the data in front of them, that they don't get vaccinated,” Dr. Fauci says of declining U.S. vaccination rates. “We’re talking about a public health issue that is life saving for you, your family, as well as your community.” pic.twitter.com/MEaOitfNCB

Yes, there is a big difference in vaccination rates between Republicans and Democrats and Fauci is correct about having the right messengers. 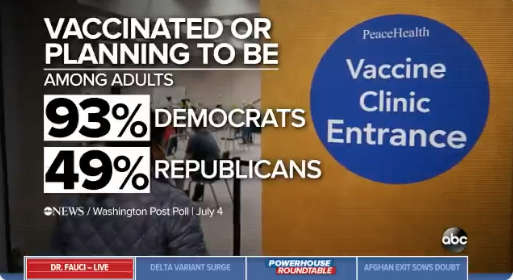 Ironically, Fauci is part of the problem he described because many Republicans view him as a polarizing political figure.

Too many have Fauci fatigue but the Biden White House continues to put him in the national spotlight.

Fauci needs to follow his own advice and retreat from TV interviews because he is not trusted.