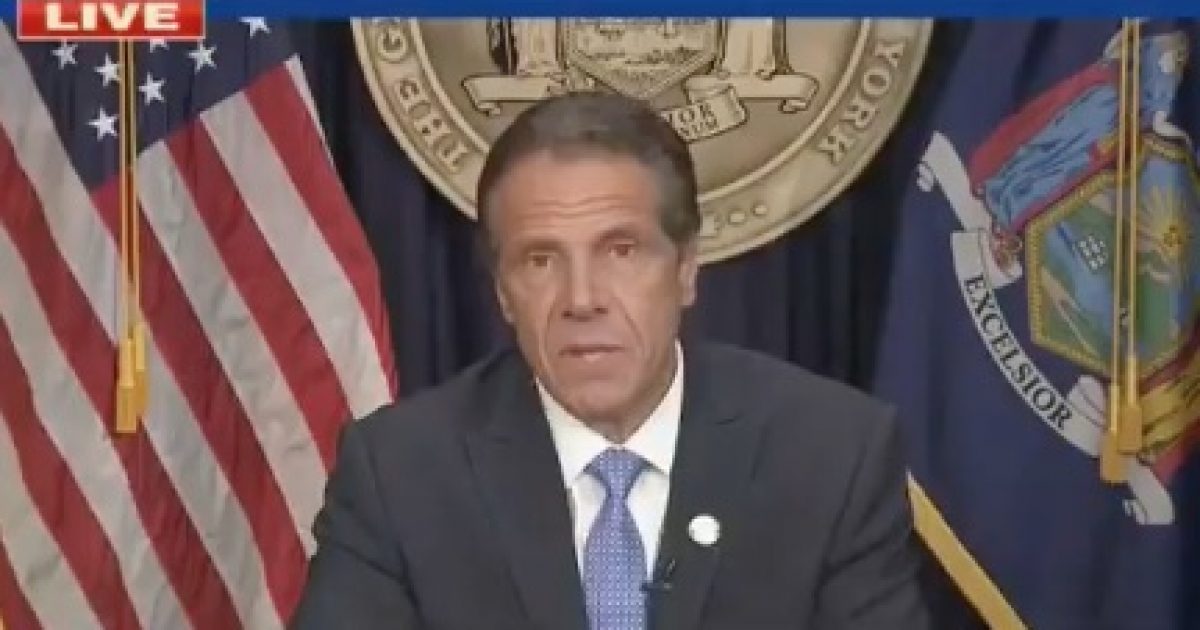 Andrew Cuomo has resigned as Governor of New York, not because of the nursing home scandal, but because of the outcome of the New York Attorney General’s investigation over sexual harassment allegations.

Cuomo resigned a week after the Attorney General’s report and made no mention of the deaths linked to his March 25 order mandating nursing homes to accept COVID-19 positive patients. Cuomo will step down in 14 days.

BREAKING: New York Gov. Cuomo says he will be resigning, effective in 14 days:

“The best way I can help now is if I step aside and let government get back to governing.” pic.twitter.com/CLA0l1jOf4

For Democrats, there may be a good reason why the nursing home scandal was not mentioned.

A focus on the New York nursing home scandal would have put a spotlight on other Democrat governors who applied the same mandate of putting COVID-19 patients into elder care facilities which in the end caused thousands of deaths.

.@nedryun says there's a reason it was a sexual harassment scandal that took down @NYGovCuomo and not his deadly nursing home scandal.

"Then Whitmer goes down…Phil Murphy in New Jersey goes down."

I’m the greatest and didn’t do anything wrong, but I’m resigning anyway.

For too long Democrats and the media fawned over Cuomo, covered for Cuomo, and enabled Cuomo.

His resignation is welcome—but now he must be held fully accountable.

He can’t get away with this.

Critics questioned if Cuomo would be held accountable for the nursing home deaths due to his mandate.

Cuomo resigned, but justice will never be served for the thousands of deaths of nursing home patients in New York.

Over the course of the scandals plaquing Cuomo, Hollywood elites and the liberal media backed him.

So these celebrities support Cuomo. Never forget these idiots. pic.twitter.com/T5WvRCkEYx

How did the liberal sector of the corporate media talk about Andrew Cuomo over the last year — even while everyone knew exactly what he is and always was?

There are also calls for Andrew’s brother CNN’s Chris Cuomo to resign for giving his big brother a pass.

Chris Cuomo should resign or be fired from CNN.

Cuomo’s resignation over the sexual harassment allegations without a mention of the nursing home scandal is outrageous but typical of an arrogant Democrat.