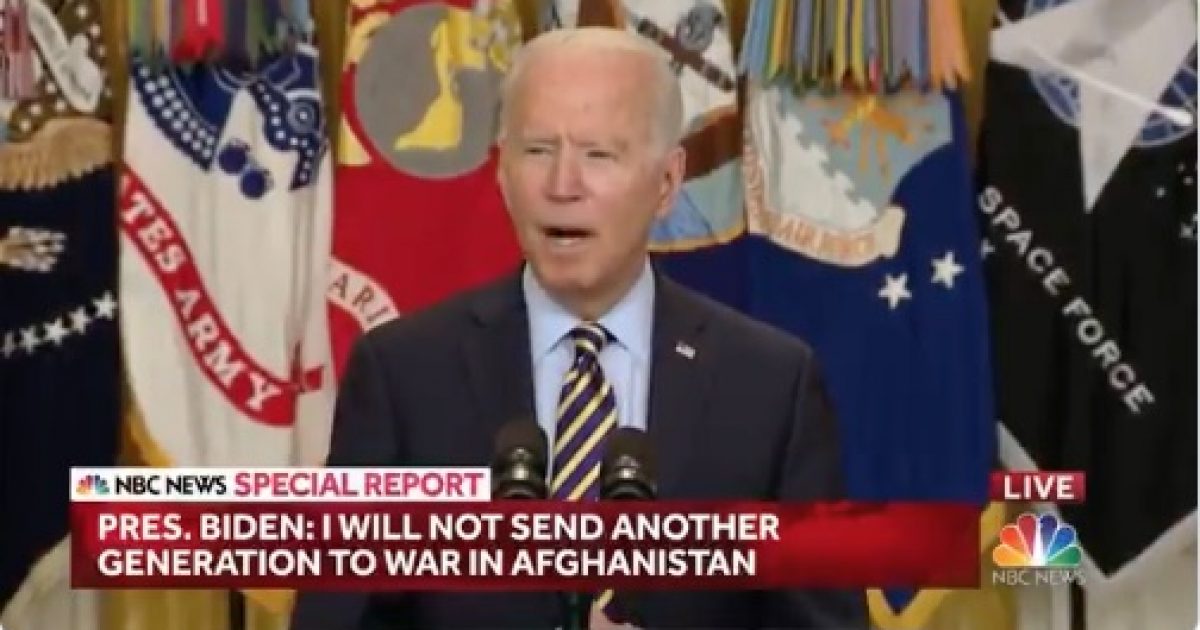 President Biden’s approval ratings are plummeting following the takeover of Afghanistan by the Taliban.

Multiple polls show a sudden decline in Biden’s approval that correlates with his decision to pull U.S. troops out of the country.

The chaos in Kabul after Biden’s action was visible to Americans and the world.

A Reuters/Ipsos poll executed on Monday found Biden’s approval fell 7 points to 46 percent which is a low water mark for the president.

On the previous Friday, Biden’s approval was 53 percent.

A poll specifically on Afghanastan shows over two thirds of Americans disapprove of the way Biden handled Afghanastan.

The poll conducted by The Trafalgar Group and Convention of States Action, reported 69 percent of Americans disapprove of Biden with 23 percent approving of the president. The total disapproval level includes 59.5 percent that strongly disapprove.

The bad polling news for Biden is getting worse.

Rasmussen Reports found Biden would lose if there was an election rematch held today between him and former President Trump.

In fact, Biden would lose by a sizable six-point margin, 43 percent to 37 percent according to likely voters who were polled.

By a six-point margin — 43%-37% — likely voters would pick Trump over Biden “if the next presidential election were held today.” @Rasmussen_Poll https://t.co/4A7kSp34uO pic.twitter.com/kKBnX1J5Wg

Biden dips below 50% in the Real Clear average of polls. pic.twitter.com/RQyDlQpmdj

The disaster in Afghanistan engineered by Biden is exposing his massive incompetence.

Other issues such as inflation, gasoline prices and the rise in violent crime are also likely contributing to the fall in Biden’s popularity.

When you add it all up, Biden is failing Americans at home and on the international stage.