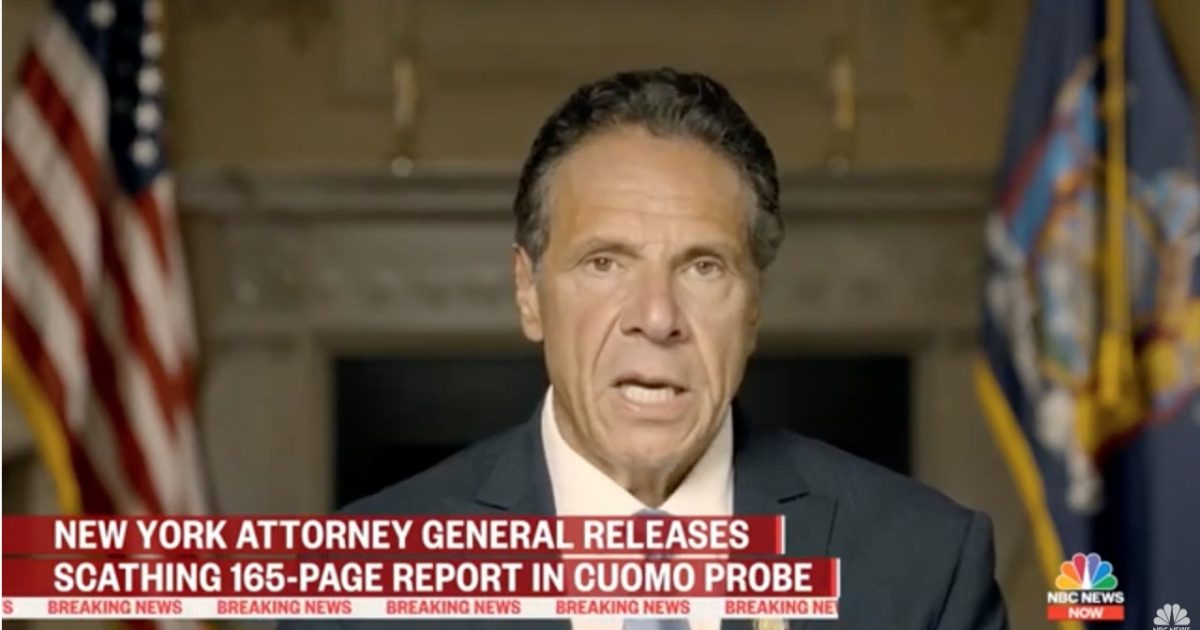 The investigation, “Report of Investigation into Allegations of Sexual Harassment by Governor Andrew Cuomo,” is 165 pages and, “… alleges Cuomo had sexually harassed 11 women, including employees, through unwanted behaviors that ranged from explicit comments to touching and kissing,” according to NBC News.

Responding to the report influential Democrats including President Biden called for Cuomo to resign.

Calls for Cuomo to step down came from both local and national Democrat politicians.

.@kaitlancollins asks about New York Governor Andrew Cuomo: "Are you now calling on him to resign?"

Speaker of the House of Representatives Nancy Pelosi (D-CA) released a statement. 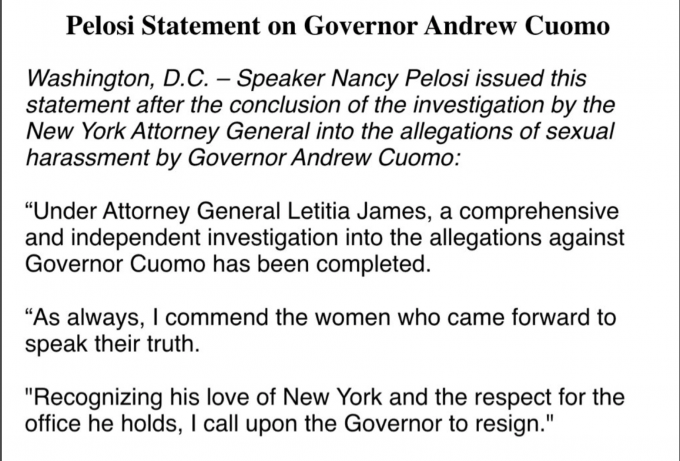 New York City Mayor Bill de Blasio went further by calling for Cuomo to resign and to be prosecuted.

In response, Cuomo released a video where he denied wrongdoing.

Despite the mounting pressure, it’s doubtful Cuomo will step down.

Most likely, Cuomo is hoping the storm will blow over as it has with other prominent Democrats that get caught in scandals.