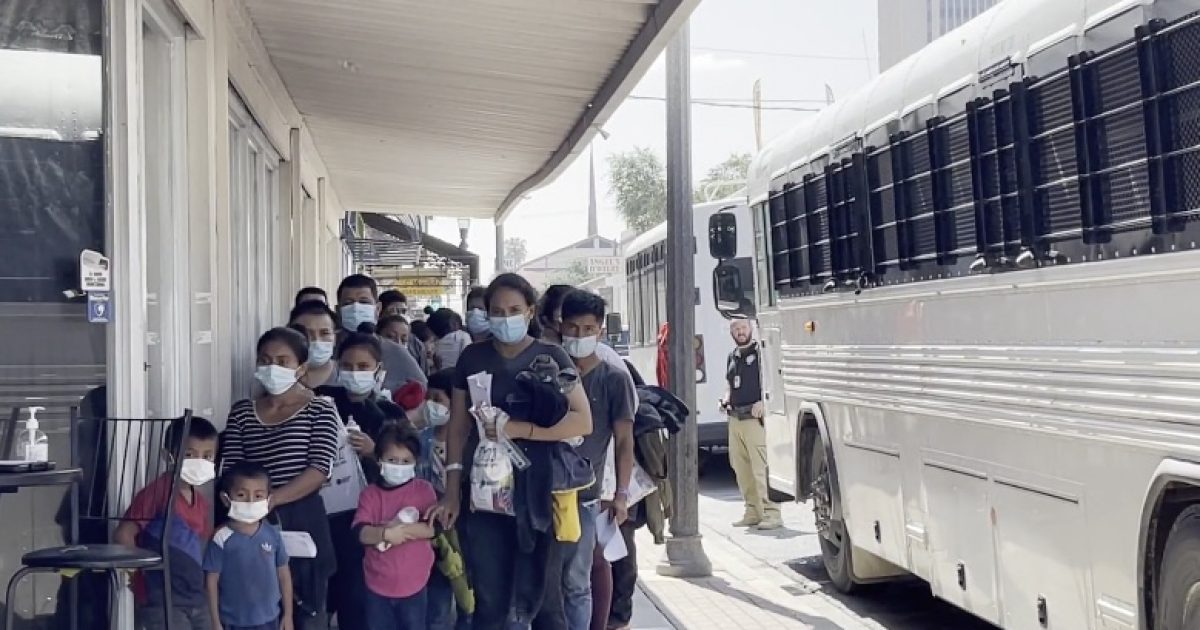 Border city McAllen, Texas is inundated over a surge in illegal migrants as many are testing positive with COVID-19.

A record number of illegal migrants were released in McAllen last week with over 1,500 positive cases of the virus. Officials declared a local state of disaster.

Last week, a record-high 7,000 migrants were released in downtown McAllen, where they were immediately tested for the coronavirus through a city contractor. More than 1,500 people tested positive over the past seven days, according to a city document issued Wednesday, compared to a total of 7,000 confirmed cases over the past five months.

Biden is dumping illegal aliens in McAllen, Texas. Over 7,000 illegals who tested positive for covid have passed through McAllen, including 1,500 over this past week.pic.twitter.com/MBPFPjAEou

The city is so overwhelmed with illegal migrants that temporary shelters are being constructed.

McAllen officials approved setting up a temporary emergency shelter in response to the increasing number of #IllegalAliens crossing the US #Border, and after the mayor signed an emergency declaration because of the surge in #COVID19 cases. https://t.co/tkfSAcEl0E

Morning, noon and night this week busloads carrying 50 to 100 migrants — with many very small children — have been dropped off at a corner in downtown McAllen across from the city’s bus depot and CCRGV’s Humanitarian Respite Center, the largest migrant shelter in the Rio Grande Valley.

The Centers for Disease Control and Prevention (CDC) is making matters worse.

Meanwhile, the Centers for Disease Control and Prevention (CDC) renewed the so-called Title 42 protocol Monday, giving federal authorities clearance to expel single adults and certain families at the border in order to prevent the spread of the virus.

Hey @AOC, these are the toilets being used by immigrants in McAllen, Texas. This is real, while they wait to be “processed,” many with COVID… all enriching cartels & endangering Americans & migrants. Where are you? ⁦@JoeBiden⁩? @VP? Or ⁦@SecMayorkas⁩? pic.twitter.com/m4Pedu5rJl

How long will Dems in Congress ignore massive source of Covid in our country. Our OPEN BORDER

Catholic Charities are turning them away. No more room@SpeakerPelosi

BREAKING: A local state of disaster in McAllen Texas has been declared due to CBP / Feds releasing over 7,000 covid positive illegals and over 1,500+ this week alone.

This is 100% on Biden his administration and every democrat or person that voted for him.

As a record number of illegal migrants, including thousands that are COVID-19 positive, continue to enter the country along the southern border, the health and safety of Americans are at stake under President Biden’s administration.

It’s outrageous Biden is ignoring the crisis at the border, especially with the significant number of COVID-19 infected illegal migrants coming into the U.S.