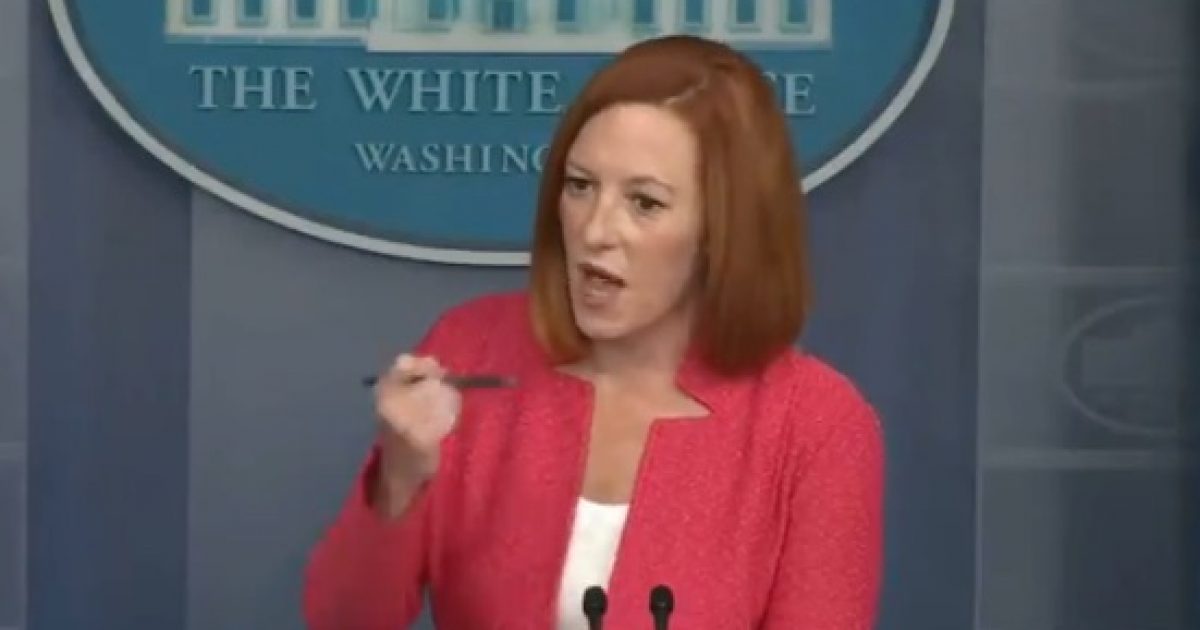 White House press secretary Jenn Psaki pushed back on the comment that Americans “are stranded” in Afghanistan during Monday’s press conference.

However, in less than 24 hours, Psaki’s statement was proven false by an American trapped in Kabul.

“Does the president have a sense that most of the criticism is not of leaving Afghanistan? It’s the way that he has ordered it to happen by pulling the troops before getting these Americans who are now stranded. Does he have a sense of that?” Fox News’ White House correspondent Peter Doocy asked.

Psaki quickly grew defensive and told Doocy that saying Americans “are stranded” in Afghanistan is “irresponsible.”

Psaki says "no Americans are stranded" in Afghanistan pic.twitter.com/llLYD2m7ds

Psaki’s claim was undermined by a call from an American that is trapped in Kabul.

She said she is worried for her life and added the communications from The State Department is inconsistent.

For those of you still outraged or confused by the ridiculous Jenn Psaki claim Americans are not "stranded" in Afghanistan, consider this: it could be that "stranded" is the newest word wholly redefined by the Left.

No Americans are stranded in Afghanistan because Jenn Psaki is sending them emails.

Americans are stranded in Afghanistan.

Denying this fact is ignoring reality.

Psaki isn’t the only one in the Biden administration being challenged over the serious conditions in Afghanistan.

The Biden-friendly media fact-checked President Biden’s press briefing lies about the conditions on the ground in Afghanistan.

Biden attempted to put a positive spin on the developments in Afghanistan and address criticism about his withdrawal strategy.

After his address, Biden took questions from the media from a pre-approved list.

ABC News wrote a fact check following Biden’s remarks and his answers to questions from the media.

But throughout his remarks, the president made several claims at odds with reports from the ground in Afghanistan and even officials within his administration and seemed unaware of criticism from American allies.

Fox News’ Jennifer Griffin on Biden’s speech: “I couldn’t fact check it fast enough because there are so many misrepresentations of what is happening on the ground” pic.twitter.com/OyEpxwAIoU

The attempts by Psaki and Biden to put a spin on the dire situation in Afghanistan are grossly misleading, dangerous, and reckless.

Given the lack of accurate information coming from Biden and his team, it’s not surprising to see his public approval rating falling like a rock.