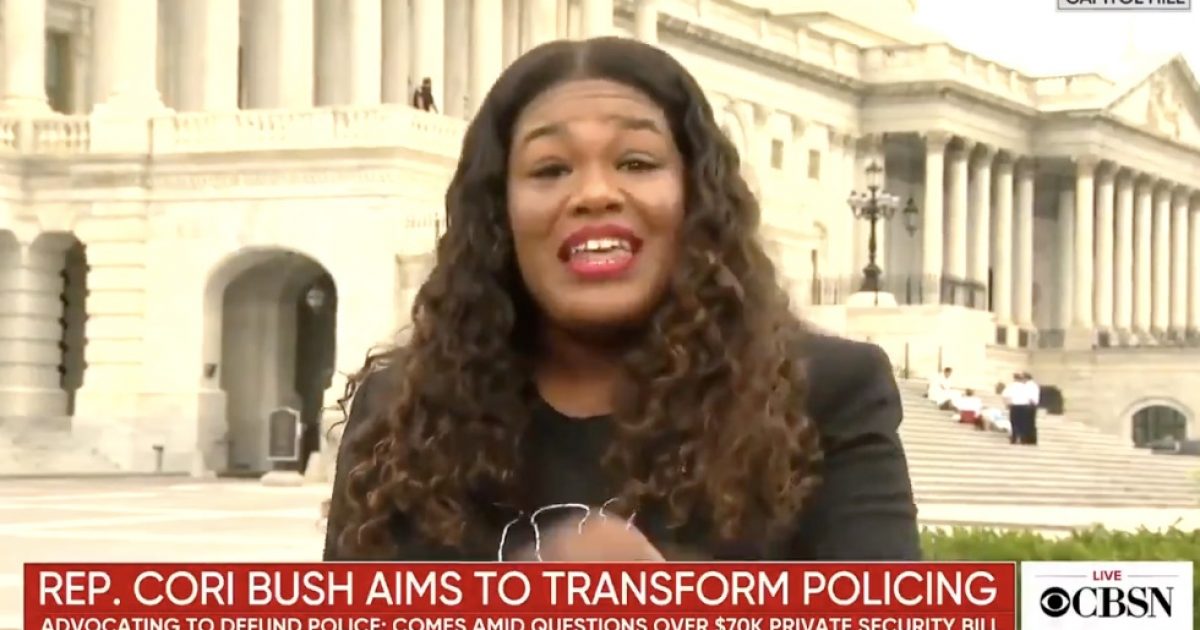 Missouri Democrat Representative Cori Bush is under fire for defending the thousands of dollars spent for her private security while calling for defunding the police.

Bush, D-Mo., spent nearly $70,000 on private security over the past three months as she advocated for defunding the police, campaign filings show.

Bush appeared on CBS News to discuss the extension of the rent moratorium and was asked about the criticism over her spending thousands for private security and calling for defunding police. (video 10.14)

During the interview Bush adamantly defended her need for private security and said, “So, suck it up, and defunding the police has to happen.”

Cori Bush may just have dethroned AOC as the most ridiculous & hypocritical member of The Squad – and in her first year.

That takes some skill.

Intellectual giant @CoriBush defends her outrageous private security expenditure whilst defending the Defund the Police movement as follows: I’m an important and busy person. I need to be protected. All you rubes are unimportant so suck it up if your children are shot. Whiners!

Bush isn’t the only Democrat representative recently called out for hiring private security while backing defunding the police.

AOC’s campaign dropped at least $4,636 at Tullis Worldwide Protection for “security services” between January and June of this year according to the filings.

AOC has been among the most vocal proponents of the defund the police movement since coming to Congress, and has insisted the idea would turn blighted communities into suburban paradises.

The reality is innocent citizens are more vulnerable with a reduction in police resources.

Bush and other Democrats demanding the defunding of police while ensuring their own personal safety is off the charts and the ultimate example of arrogance and hypocrisy.