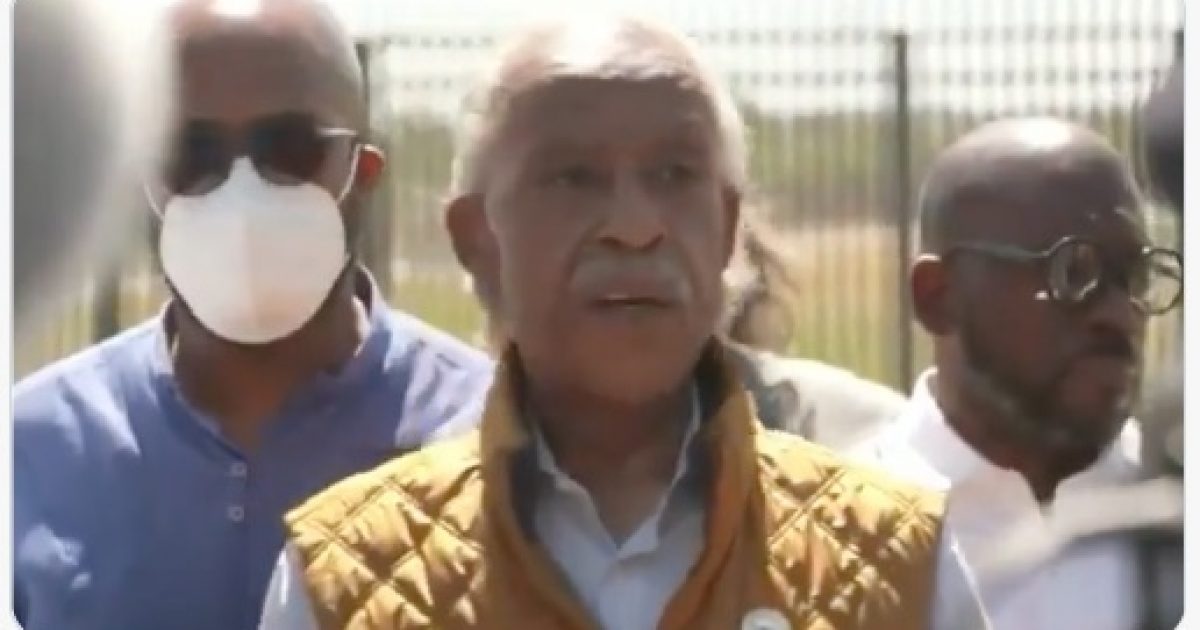 Sharpton hoped to bring national attention to the plight of Haitians that illegally crossed the U.S. southern border.

Unfortunately for Sharpton, hecklers in the small crowd shouted at him.

Al Sharpton is heckled by protesters as he visits the border: “Get out of Texas” pic.twitter.com/wpDIDcCLTi

Sharpton is concerned about the way the illegal migrants are being treated and he also opposes President Biden’s effort to deport some migrants back to Haiti.

Putting the anti-Sharpton sentiment aside in Del Rio, the bigger issue is Sharpton openly attacking Biden over the Haitian illegal migrants.

“He said on election night: Black America, you had my back, I’ll have yours,” civil rights activist Al Sharpton said in a Thursday phone interview. “Well, we’re being stabbed in the back, Mr. President. We need you to stop the stabbing — from Haiti to Harlem.”

“He said on election night: Black America, you had my back, I’ll have yours,” Al Sharpton said in a Thursday phone interview. “Well, we’re being stabbed in the back, Mr. President. We need you to stop the stabbing — from Haiti to Harlem.”https://t.co/7e26CJ1JRY @washingtonpost

During Friday’s press briefing, Biden appeared to respond to Sharpton and others who are creating controversy over the Border Patrol using horses to control Haitians.

Biden said the Haitians were “being strapped,” by Border Patrol agents on horses. Biden added, the Border Patrol “will pay,” for the way they treated the illegal migrants.

Biden on the lie that border patrol were using whips on illegal immigrants at the border:

"To see people treated like they did? Horses running them over? People being strapped? It's outrageous. I promise you, those people will pay." pic.twitter.com/Jx79KoYTy9

In addition to Sharpton, Representative Maxine Waters (D-CA) also spoke out against the treatment of Haitians.

Maxine Waters: Border patrol agents riding on horseback to control migrants are trying to "take us back to slavery days and worse than that." pic.twitter.com/uLnBQXZX50

The claim Border Patrol agents whipped Haitians turns out to be false or in today’s terminology fake news.

The photographer who took the pictures, Paul Ratje, said, “I’ve never seen them whip anyone.”

Ratje added, “He was swinging it, but it can be misconstrued when you’re looking at the picture.”

Biden is getting slammed from both Republicans and black Democrats over the mess in Del Rio.

The president is desperately trying to blame Border Patrol agents over the border crisis but Biden himself owns the entire crisis at the southern border because he reversed former President Trump’s border policies that were working.