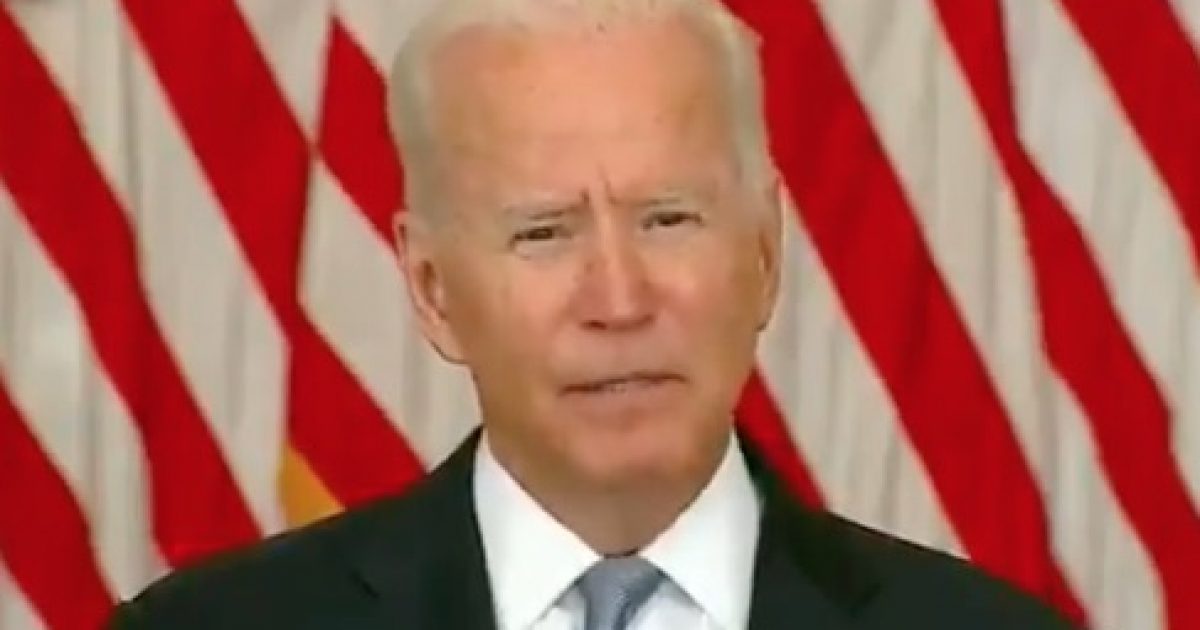 August jobs report was “a huge disappointment” under President Biden’s watch with 235,000 jobs added in August, well below expectations of 720,000 jobs.

Missing expectations by about 500,000 jobs is clearly a big miss.

The unemployment rate is 5.2 percent versus 5.4 percent in July.

Biden insisted his plan “is working.”

Following news of the dismal jobs numbers, President Biden did a brief address at the White House where he pushed for more federal spending and blamed the virus for the miss.

President Biden on Friday pinned the blame for disappointing monthly job-growth figures on the Delta variant of COVID-19 — using the report to urge Congress to pass his proposals for $4.7 trillion in new federal spending.

Critics commented about the jobs report on social media.

Economists projected 720,000+ jobs would be added in August.

This is Joe Biden’s Anemic Economy.

The unemployment gap between white and black Americans widened in August with the black unemployment rate rising to 8.8 percent versus 8.2 percent the previous month.

Jobs Report Disaster
Details are even more disappointing.
Black unemployment rate surged to 8.8% from 8.2%. This would be top story/take if Trump were in office but won't be mentioned anywhere today (Powell will take note).
0 Leisure jobs
-3K Construction
-28.5K Retail

We are going back to the Obama years for black unemployment. Where are all the woke folks talking about how good Biden is for the black community? https://t.co/YBW6gNYh0k

The disappointing jobs report is a sign Biden’s economic plan is not working as planned.

The biggest concern is stagflation where there is high inflation and slow economic growth.

Following the jobs report, financial news outlets were discussing the possibility of stagflation.

Today, with inflation rising to levels last seen 30 years ago and with unemployment remaining stubbornly high amid the COVID-19 pandemic despite massive policy stimulus, we may again be entering a prolonged period of stagflation that would merit the return of the misery index.

Following Biden’s disastrous withdrawal from Afghanistan, the president needs a boost but it’s not coming from the August jobs report.