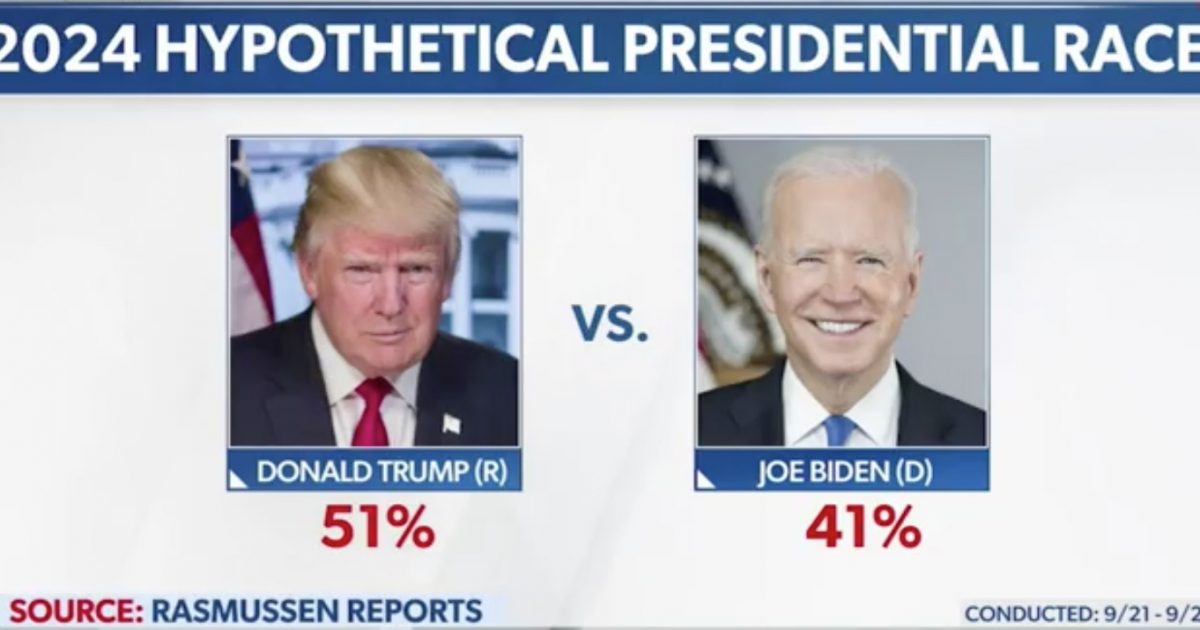 Numerous polls show Biden’s approval has taken a dramatic drop in a just a few months.

In a Rasmussen Reports poll, Biden would lose to former President Trump in a head to head match up.

The most recent poll from Gallup reports the president’s approval at 43 percent down from 55 percent in January.

In the poll, independent voters are driving his drop. Now Biden has a 37 percent approval rating with independents that is way down from his high at 61 percent.

Biden’s latest approval rating further cements the fact that the honeymoon phase of his presidency is behind him. Political independents, who were part of the coalition that helped him defeat Trump in 2020, now largely disapprove of the job he is doing as president.

A poll by the Pew Research Center shows more troubling signs for Biden.

His support dropped in all groups including Democrats as the chart below shows. 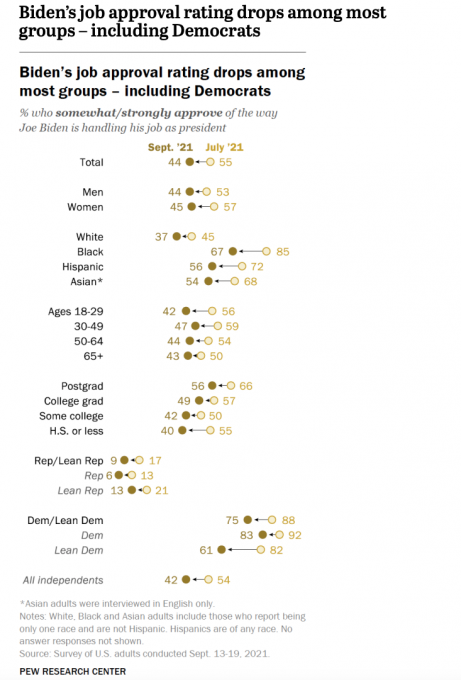 Most concerning for Biden is Black voter support dropped from 85 percent to 67 percent from July to September. Similarly, Hispanic support fell from 72 percent to 52 percent over the same time period.

Even Biden’s support from Democrats dropped from 92 percent to 83 percent.

The poll also measured a decline in Biden’s ability to handle various issues and personal attributes such as mental sharpness.

Moreover, the Real Clear Politics average polls show the significant decrease in approval with the corresponding increase in disapproval. 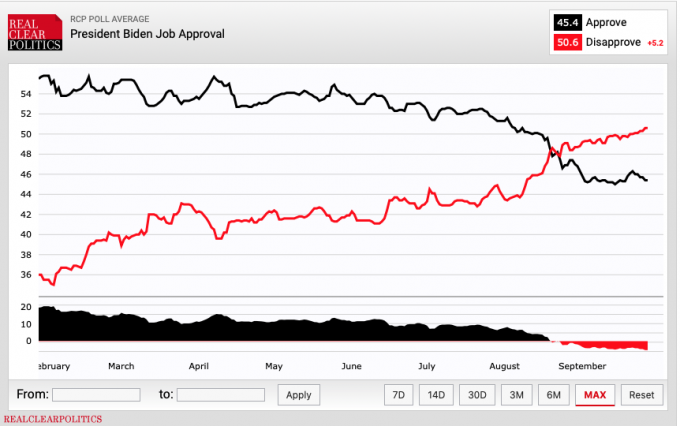 It’s clear, Biden is getting hammered across the board for his horrible decision making.

The disastrous withdrawal from Afghanistan to the complete failure to secure the U.S. southern border highlighted by 15,000 illegal Haitians that gathered under a bridge in Del Rio, Texas are having an impact.

Rising inflation and the significant increase in the cost of gasoline are also contributing factors.

Realistically, the Biden presidency is over in only eight months.