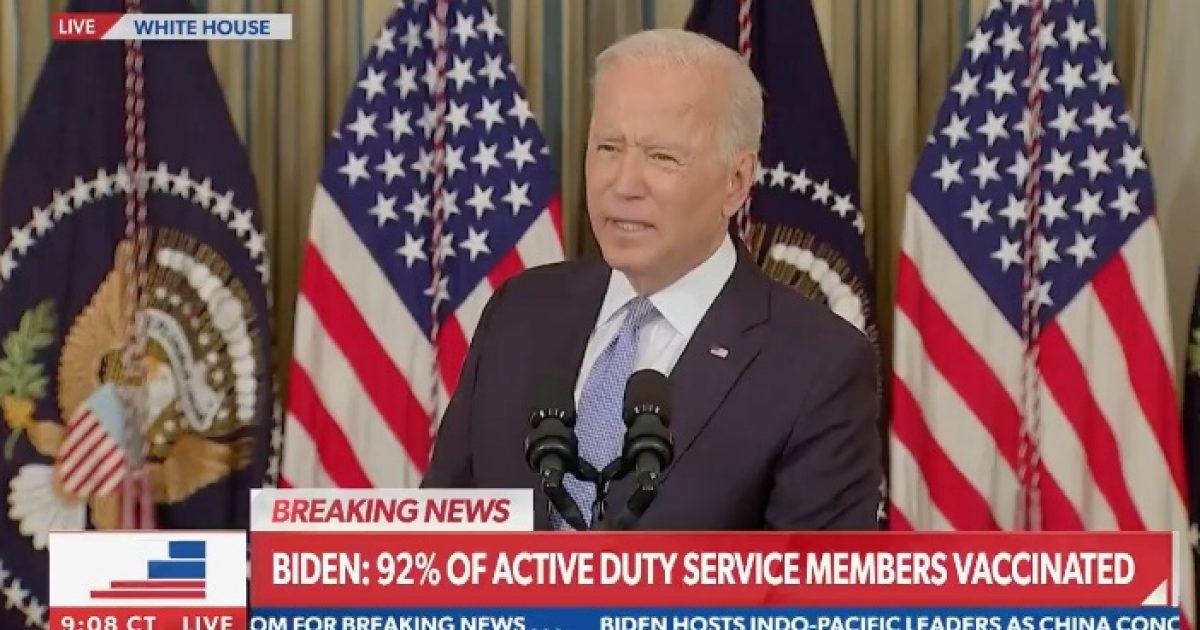 Biden on the lie that border patrol were using whips on illegal immigrants at the border:

"To see people treated like they did? Horses running them over? People being strapped? It's outrageous. I promise you, those people will pay." pic.twitter.com/Jx79KoYTy9

It turns out Biden’s claim about Border Patrol agents whipping Haitians was wrong on the facts.

Paul Ratje, the photographer who took the pictures of the incident, said in an exclusive interview, “I’ve never seen them whip anyone.”

Ratje added context to his picture, saying, “He was swinging it, but it can be misconstrued when you’re looking at the picture.”

A video posted on Twitter showed the incident as well.

Biden was criticized on social media.

So @JoeBiden is throwing Border Patrol agents under the bus over a fake news story abt whipping illegal migrants & the border crisis he created. Got it… https://t.co/vz5oKCa9SE

BIDEN throws the Border Patrol under the bus, furthers the Whipgate Hoax ("straps"), promising "consequences", and that "people will pay" subsequent to an investigation. You'd think the Border Patrol droned Afghan kids, or something. pic.twitter.com/krfxigFkkC

The crisis in Del Rio is adding momentum to the numerous policy failures by Biden which is rooted in his horrible decision making.

Most concerning, Biden is consistently using lies to try to save his failing presidency.

On Newsmax TV, he was called “Liar-In-Chief.”