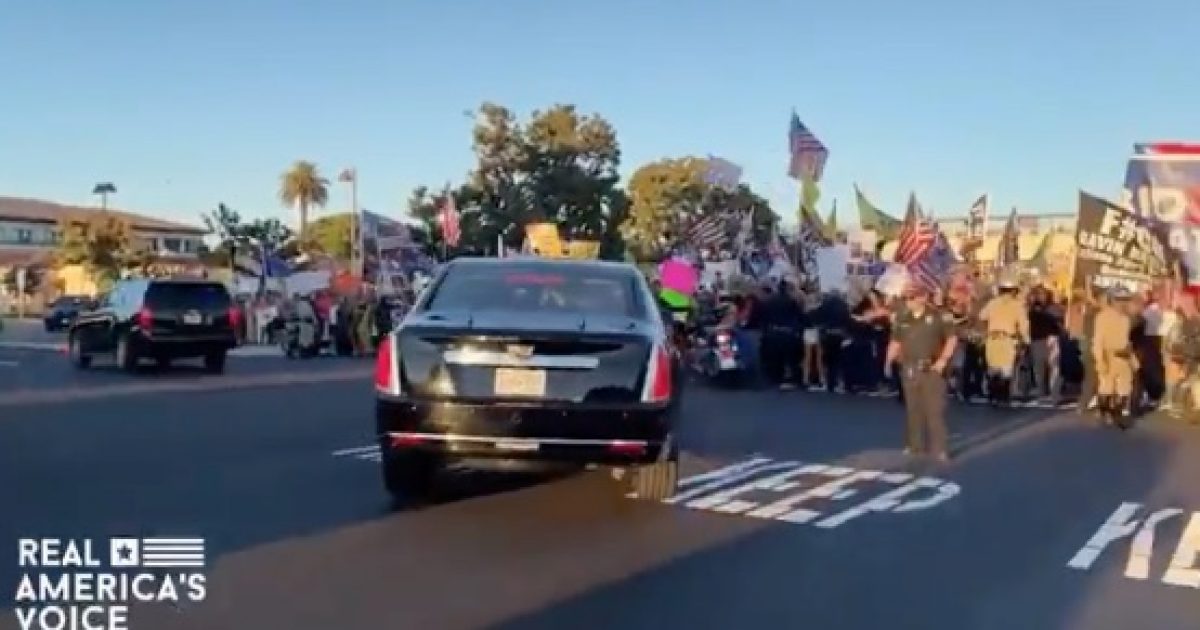 President Biden continues to get an earful from Americans across the country over his failed leadership and his misplaced priorities.

Biden has been hit with fierce criticisms over his handling of Afghanistan, and also after he announced a sweeping vaccine mandate last week requiring employees of companies with more than 100 workers to get vaccinated against the coronavirus or go through weekly testing.

President Biden was met with protests as he arrived at a campaign rally in Long Beach on Sept. 13, ahead of the California gubernatorial recall election on Tuesday.

Critics slammed Biden on social media for going to California while Americans are still stranded in Afghanistan.

Secretary Blinken just acknowledged the Taliban has blocked charter flights out of Afghanistan, with Americans still there trying to get out. We’re in a hostage crisis. And today Joe Biden is campaigning in California.

Better headline: "Disgraced President Joe Biden attempts to rescue Californian dictator Gavin Newsom while countless Americans are still waiting to be rescued in Afghanistan without so much as a call from the Biden administration." https://t.co/bjp4kSWTqk

Biden also traveled to Idaho on Monday and protesters were out in full force.

More than 1,000 protesters gathered Monday in Boise during a visit by President Joe Biden to rail against his plan to bring the coronavirus pandemic under control, last year’s presidential election and a host of other issues.

LOVE MIS IDAHO PATRIOTOS!!! They say Joe Biden had to take the backroads to avoid this Special Reception!!! ????? pic.twitter.com/xXg81zfKQm

Hundreds of patriots waiting for the fake president Joe Biden to arrive in Idaho.

But where are all of Biden’s supporters?? pic.twitter.com/8U9jGyDC3R

Over the weekend, chants of “f**k Joe Biden” at college football games trended on social media and continued from the previous weekend.

DID YOU SEE THIS?

“The massive “F*** JOE BIDEN” chants around the nation tells you everything…https://t.co/DjP7gkhYIY

NEW – Across the US chants of "F*** Joe Biden" have erupted at numerous college football games and other venues over the weekend.pic.twitter.com/2UZGbuXgz7

Last week, Biden was heckled during a trip to New Jersey to view the damage from Hurricane Ida.

The New York Post described the reaction by some New Jersey residents.

President Biden on Tuesday traveled to New York and New Jersey to tour areas struck by deadly flooding from Tropical Storm Ida, but he received a hostile welcome from some North Jersey residents who heckled him and flashed middle fingers.

Americans across the country are fed up with Biden’s failed leadership and his misplaced priorities and these protests aren’t going away anytime soon.

As Tom Borelli Ph.D. said on Newsmax TV, Biden puts politics and power before the people as demonstrated by his trip to California while Americans are stranded in Afghanistan.