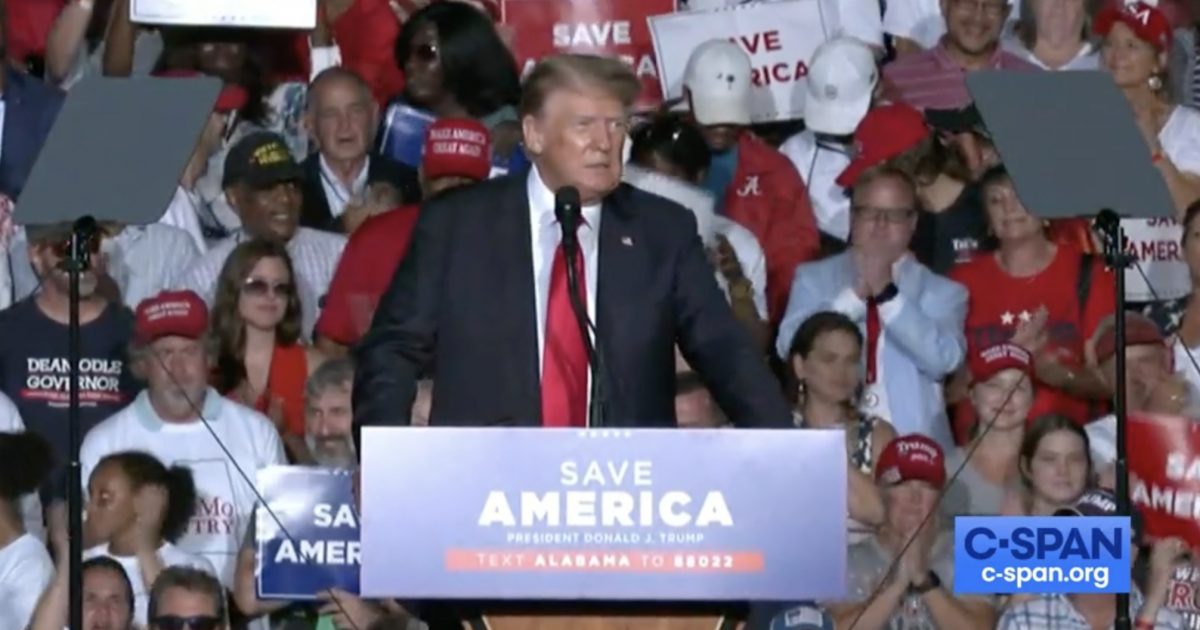 It sure looks like former President Trump is gearing up for a 2024 run for president.

Since President Biden moved into the White House, Trump’s actions hint of another run for president.

In addition to maintaining a fund raising apparatus, Trump has issued numerous press releases, appeared on many television shows and starred in rallies.

With Biden’s embarrassing withdrawal from Afghanistan and plummeting job approval numbers, Trump appears to be close to making it known he is going to run for president.

But associates say President Joe Biden’s declining political fortunes amid the resurgence of coronavirus and the Aug.15 fall of Kabul have intensified the interest of the former president, who is already motivated by a burning sense of pride and grievance over his loss to Biden.

As the story notes, political adviser Jason Miller and Representative Jim Jordan (R-OH) are indicating Trump is going to run for president again.

Is Donald Trump going to announce? Tape shows Jim Jordan saying it's 99 or 100%. Jason Miller says he will? But why do it now–or is this just chatter to keep the media interested? #Mediabuzz https://t.co/3s9r1yHyby

Moreover, the Save America JFC released an ad blasting Biden.

Adding more fuel to the fire is a recent poll by Emerson College that found Trump would beat Biden if an election was held in a head to head matchup. In the poll, Trump edged Biden by one point. 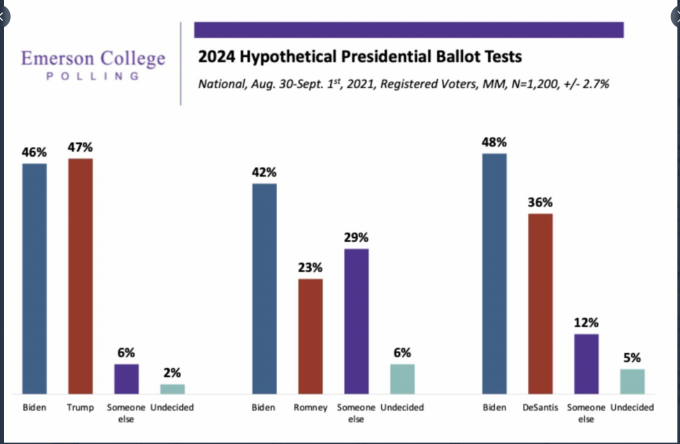 A recent Zogby Analytics poll is even more concerning for Biden. It reported 20 percent of Biden voters regret their decision. 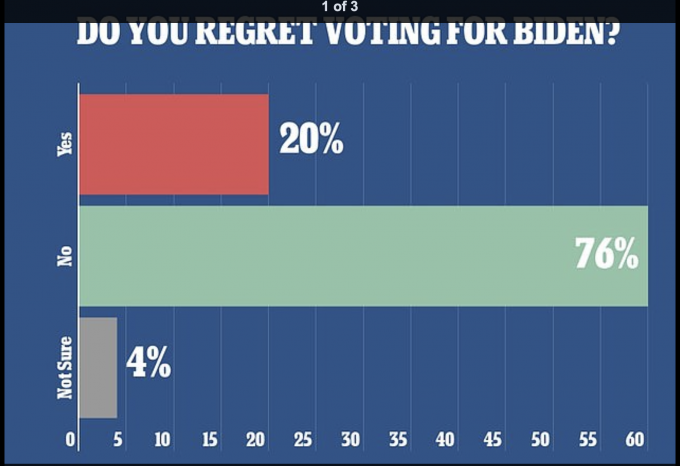 The 2024 election is far off in the future but Trump is setting up all the chess pieces to run again.