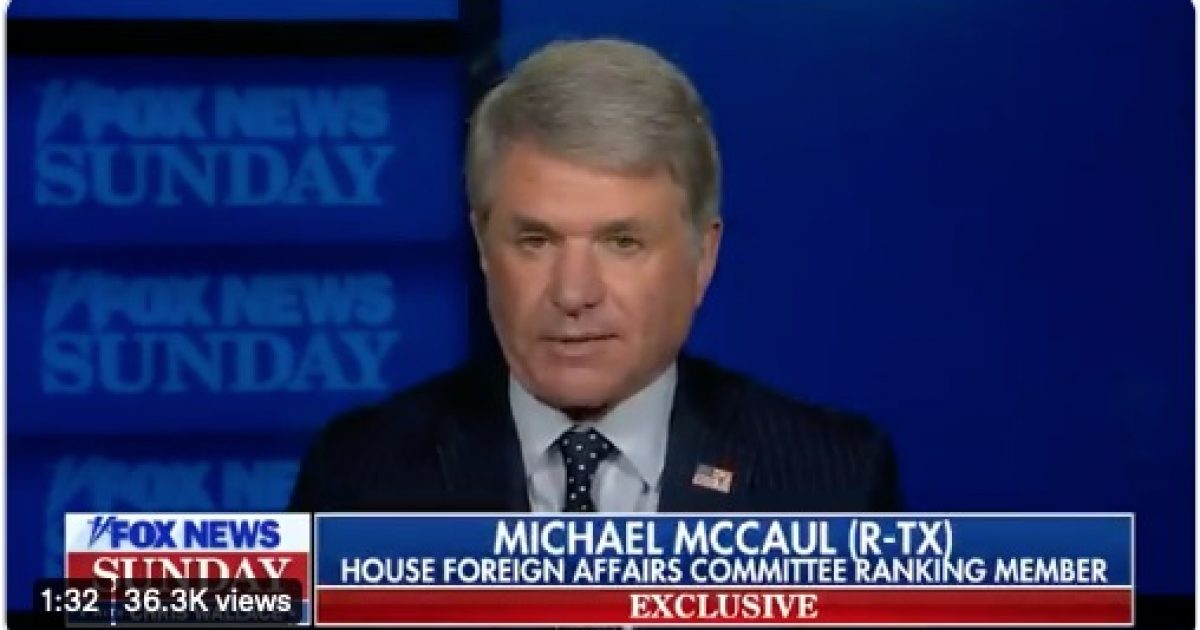 It appears the Taliban is preventing six planes holding Americans and Afghan allies hostage at an airport in Afghanistan.

Texas Republican Representative Michael McCaul claimed the Taliban was holding back six airplanes with American and Afghan passengers from taking off from Mazar-i-Sharif airport in Afghanistan.

McCaul made the claim during an interview with Chris Wallace on Fox News’ Fox News Sunday.

There are Americans being held hostage by the Taliban on six planes in Afghanistan right now.pic.twitter.com/YFBGiWh66v

​​“In fact, we have six airplanes at Mazar-i-Sharif airport, six airplanes, with American citizens on them as I speak, also with these interpreters, and the Taliban is holding them hostage for demands right now,” the Texas congressman ​told host Chris Wallace.

He added he feels the Taliban wants cash or to have the U.S. recognize the Taliban as the official government of Afghanistan.

McCaul also slammed the Taliban over the way they treat women.

This is Republican Congressman McCaul – FROM TEXAS – condemning the way women are treated in Afghanistan and irony is officially dead.

"It's a very sick culture and they treat women like property. I worry about the women left behind as well." pic.twitter.com/gBiFV6RsMX

The trapped planes appear to be only one example of the Taliban exercising their control and preventing U.S. citizens and allies from leaving the country.

Gripping Interview of American Woman Trapped in Afghanistan Despite Reaching Out to Biden State Dept: 'What Hope Am I Supposed to Have Now?' https://t.co/qF6k0b9Nlp

Earlier in the week, Representative Darrell Issa (R-CA) said the woman was kicked in the stomach.

A new ABC News/Washington Post poll found Americans are very unhappy about the way Biden handled the withdrawal from Afghanistan.

The poll reported Biden’s job approval is down to 44 percent and 51 percent disapprove of the way he is performing as president.

NEW: Pres. Biden's overall job approval rating is down to 44%, with 51% disapproving, according to new @ABC News/WaPo poll. https://t.co/owtPsfvSgN pic.twitter.com/Cx5pOkmx1l

It appears Biden’s mistakes in Afghanistan is a big part of his approval rating falling.

The poll found 60 percent disapprove of the way he handled Afghanistan. 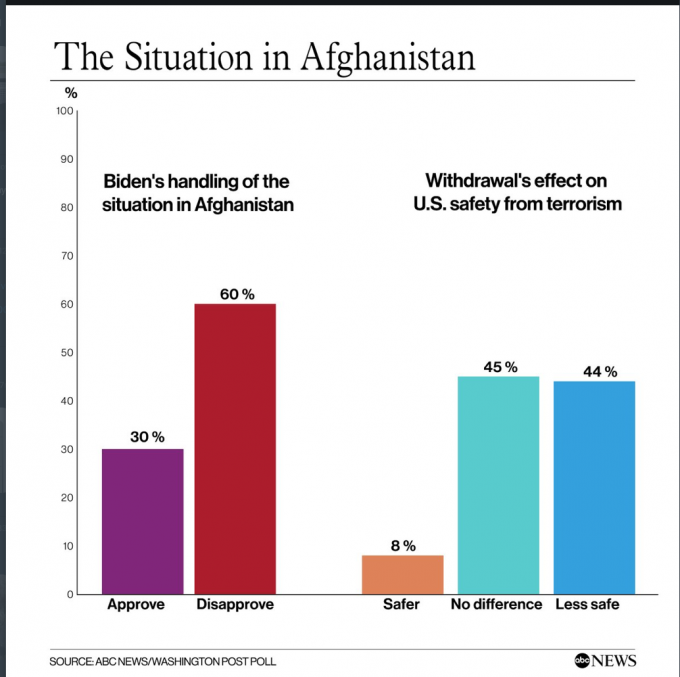 Continuing news of trapped Americans in Afghanistan will only drive Biden’s approval rating lower and increase the likelihood of big Republican gains in next year’s elections.