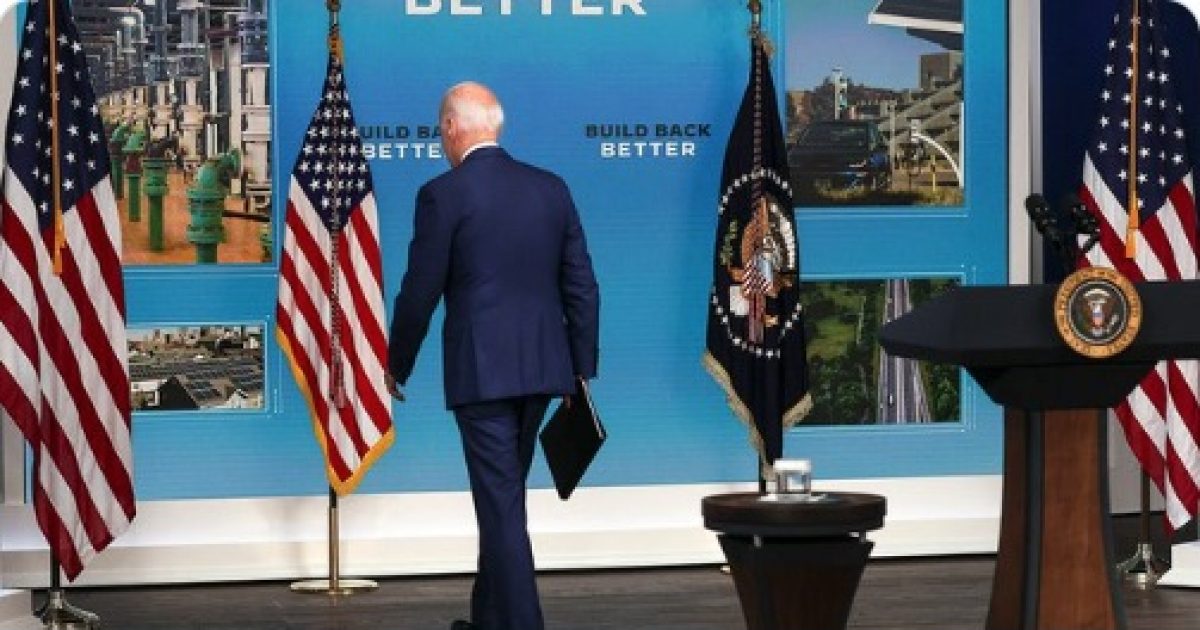 The September jobs report by the Department of Labor showed only 194,000 jobs were added which was way short of an expected gain of about 500,000.

Biden used the word “progress” a number of times during his address.

Despite the disappointing result, Biden dismissed the September number saying, monthly results “bounce around” and he focused on the yearly job growth concluding, “now that’s progress.”

President Joe Biden said the September jobs report reflects “great progress” in getting the U.S. economy back on track after a year and a half of Covid-19 pandemic disruption, even as the overall jobs number came in lower than expected.

The media reacted to the disappointing jobs report.

Of interest, MSNBC used a video clip that promoted a positive spin on the report.

Following his briefing, Biden walked away refusing to take questions from the media.

Ignoring the media is a pattern of the president.

Biden turns back on reporters, refuses to take questions after remarks on dismal jobs reporthttps://t.co/ke7orRc4wK

Biden can spin the jobs report all that he wants but unlike him, the numbers don’t lie.

And speaking of numbers, Biden gets a bad grade on the economy as well as all other metrics. 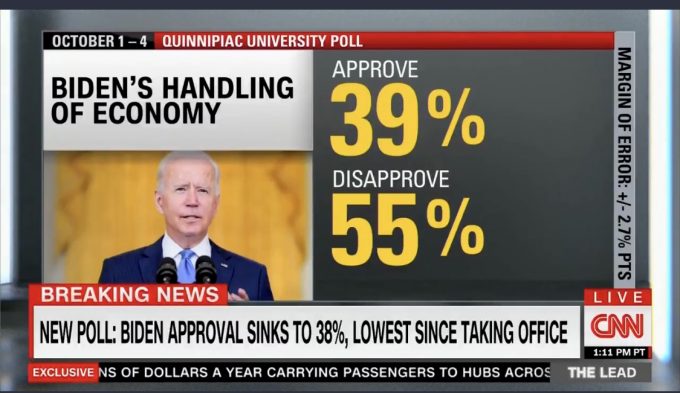