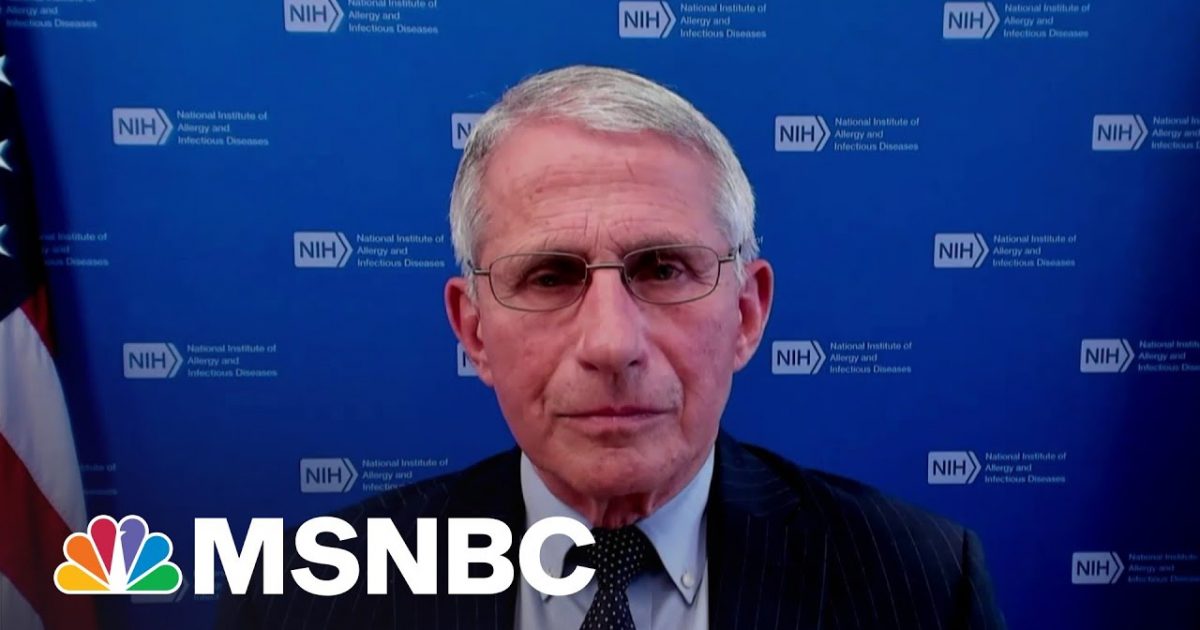 Nothing good can come from a five-decade politician — with a history of making bad decisions and lying — teaming up with a four-decade career, unaccountable bureaucrat scientist who rides political waves to fame and fortune.

That dangerous combination is exactly what Americans are saddled with regarding President Biden and his chief medical adviser, Dr. Anthony Fauci.

Biden’s judgement regarding addressing COVID-19 is as bad as his Afghanistan withdrawal and Fauci, just like the president’s Pentagon advisers, supported Biden’s pandemic agenda knowing it was going to fail.

Far too often, government officials – especially the president’s advisers– tell their boss what he wants to hear as opposed to telling him what they need to hear. The same dynamic occurs in corporations where the path to fortune can be paved with “yes men” and “yes women” where the messenger doesn’t get shot but gets richly rewarded with bonuses and stock options.

Bureaucrat survival can be rooted in providing advice, washing their hands of the issue, and watching Rome burn.

With Fauci, it’s “follow the Biden” and not “follow the science,” as evidenced by his public health positions on the pandemic mutating nearly as fast as the virus.

Fauci is serving as nothing more than Biden’s pandemic cheerleader. He failed to chart a diversified strategy to control the spread of COVID-19 that recognizes natural immunity and vaccine hesitancy.

Likewise, just over a year ago, Fauci rejected a vaccine mandate. In a Healthline interview Fauci said, “I don’t think you’ll ever see a mandating of vaccines, particularly for the general public.”

More interesting was his position on vaccine hesitancy where Fauci strongly opposed coercion saying, “They have the right to refuse a vaccine. I don’t think you need a contingency plan. If someone refuses the vaccine in the general public, then there’s nothing you can do about that. You cannot force someone to take a vaccine.”

However, Biden’s setting vaccine target goals for the U.S. population included vaccine mandates. That has Fauci singing a different tune on government power, shifting from a libertarian to a tyrant.

Fauci, also became Biden’s attack dog who went after Florida Republican Governor Ron DeSantis on vaccine mandates. Fauci said, “When you’re dealing with an outbreak of an infectious disease, it isn’t only about you.” He added, “There’s a societal responsibility that we all have.”

Recently, Fauci reiterated his new strong view on vaccines saying, “There comes a time when you do have to give up what you consider your individual right of making your own decision for the greater good of society.”

Most appalling, from a scientific perspective, was Fauci’s comments on illegal migrants.

Responding to a poll measuring Republican concerns, Fauci said the problem is “not driven by immigrants.”

Moreover, Fauci dodged a question on Title 42 that allows the U.S. to deport migrants because of public health reasons but he added, “My feeling has always been that focusing on immigrants, expelling them…is not the solution to an outbreak.”

Last year, cities around the world were on lockdown to slow virus transmission from individuals to individuals. Now Fauci is turning a blind eye to the risk posed to Americans from illegal migrants crossing the southern border, some of whom were known to have COVID-19.

The Haitians were largely from South America where COVID variants are prevalent.

Despite the health risk, Biden has allowed at least 12,000 of the illegal migrants to be dispersed around the United States. Inexplicably, Fauci downplayed the risk to public health.

But the threat by illegal migration can’t be ignored. A rise of COVID-19 cases in South America this year predated the spike that hit the U.S. over the summer raising the possibility the illegal migrant surge contributed to domestic infections.

Americans are suffering the consequences of President Biden’s terrible decision making that is being enabled by self-serving unaccountable bureaucrats like Dr. Fauci.

Dr. Tom Borelli is a contributor to NewsmaxTV and co-hosts radio programs on SiriusXM Patriot with his wife Deneen Borelli. He received his Bachelor of Science in Microbiology from Michigan State University and Master of Science and Ph.D. in Biochemistry from New York Medical College. Read Dr. Tom Borelli’s commentaries here.