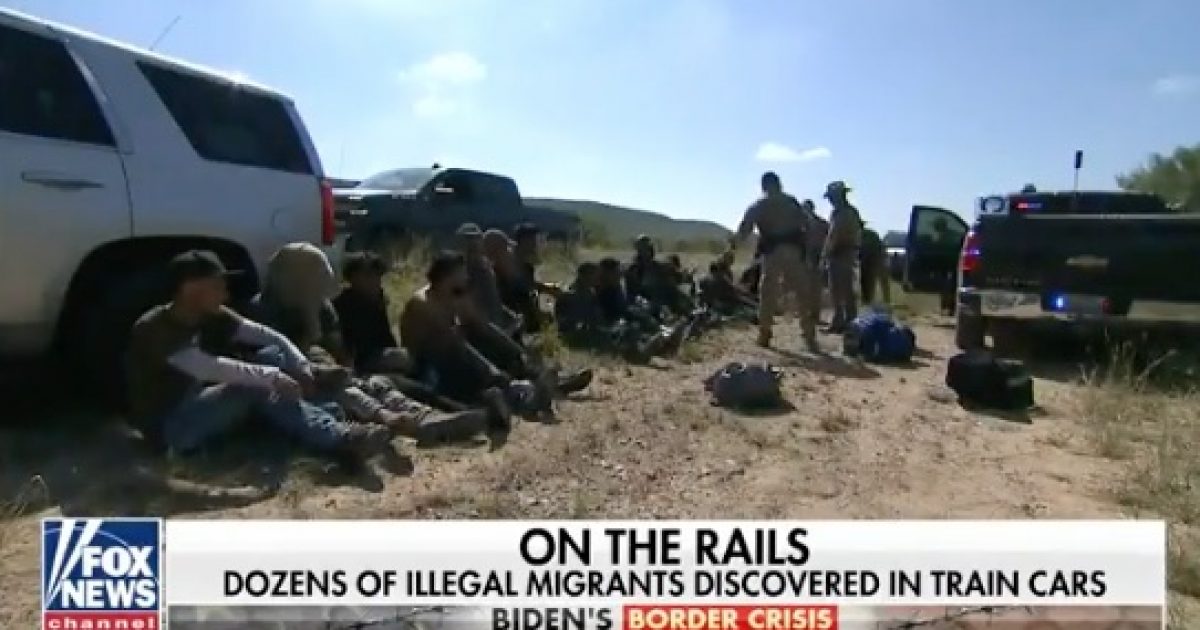 Numerous illegal male migrants were caught hitching rides on trains in Texas in an attempt to travel further north.

Fox News national correspondent Bill Melugin reported the story on Monday while embedded with the Texas Department of Public Safety.

Once on the trains, illegal migrants were caught riding outside the rail cars, inside cargo tankers, and in new automobiles being shipped by rail.

Wild day at the border. We embedded with @TxDPS in Spofford, TX where illegal immigrants are actively hitching rides on trains in an effort to move further into the U.S. TX DPS says they’re the last line of defense here, 40 miles from the border.
Our report for @BretBaier ?????? pic.twitter.com/56oe6qHdJ7

NEW: While embedded with Texas DPS near Spofford, TX, we just came across a train with dozens of migrant men who were hiding inside of one of the cars it in the searing heat. Troopers are pulling the men out one by one. Unimaginably hot inside there. @FoxNews pic.twitter.com/rso8twRz51

NEW: On Sunday, Texas DPS found migrants hiding inside of new cars that were being shipped on a train in Spofford, TX. This is the same area where we’ve witnessed all the activity today. How they got inside of the train or the cars is unknown.
Courtesy: @TxDPS @FoxNews pic.twitter.com/EFquJek24w

Under Operation Lone Star, the Texas Department of Public Safety and the Texas National Guard are able to work together to arrest illegal migrants for criminal trespassing focusing on the Del Rio area of Texas.

Meanwhile, thousands of migrants are making their way through Mexico to the southern border.

Migrant caravan of 2,000 in Mexico continues march to the US https://t.co/RRY1PWEyNm pic.twitter.com/fCmaBzTsfx

A record number of migrants have been arrested at the U.S.-Mexico border fiscal year 2021 under President Biden, however, the federal government continues to ignore the border crisis.