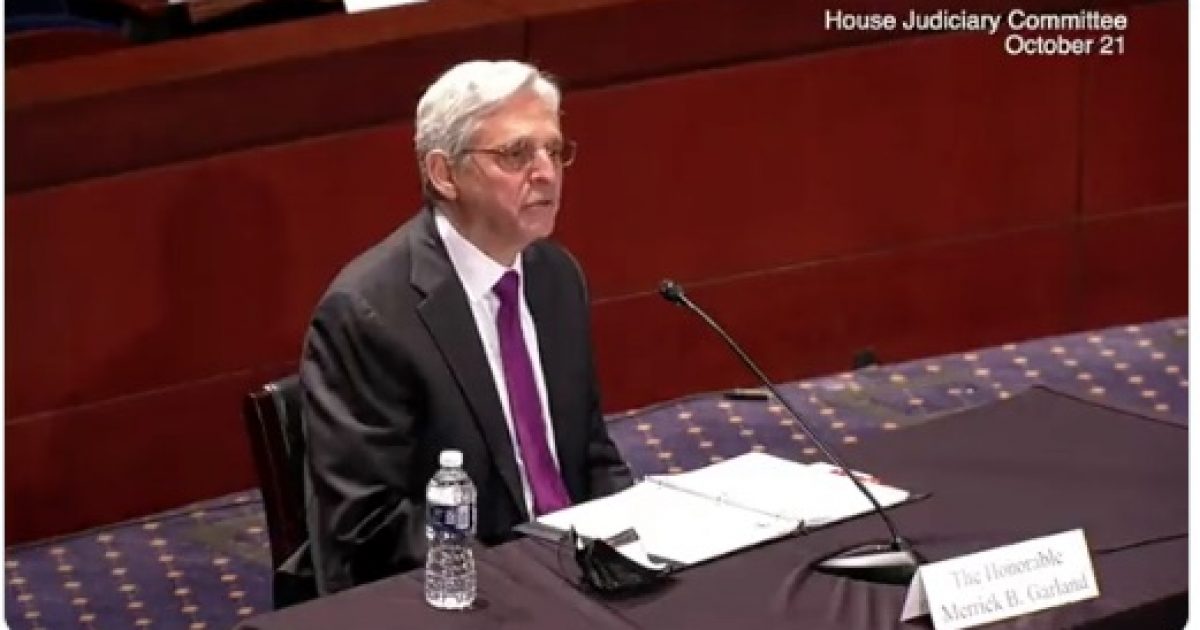 The National School Boards Association (NSBA) apologized for a letter sent by its top officials that prompted Attorney General Merrick Garland to get FBI involvement in threats from parents at local school board meetings.

Garland ordered the FBI to get involved over threats to school board members around the country. 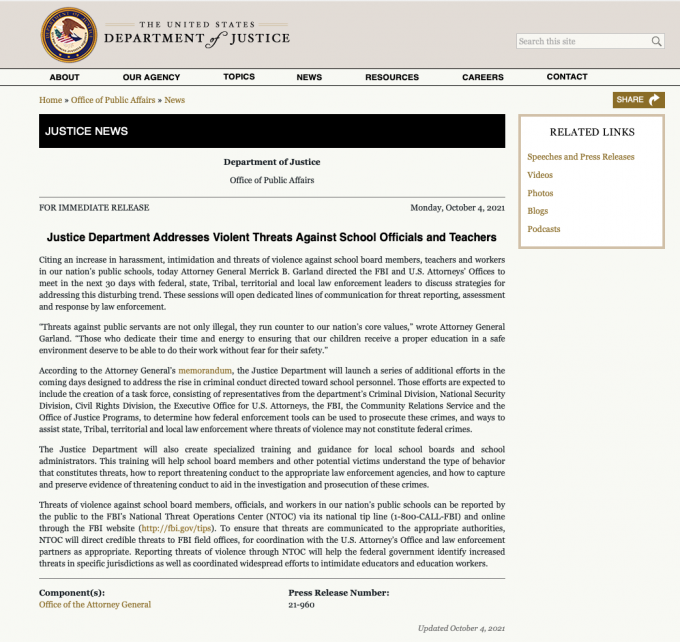 In the new letter, the NSBA board said, “we regret and apologize for the letter” and stated, “… there was no justification for some of the language included in the letter.”

BREAKING: NSBA apologizes for letter that served as basis for @TheJusticeDept AG #Garland’s directive for FBI to target parents as “domestic terrorists,” including #LoudounScandal outrageously labeling dad of rape victim as poster-boy of domestic terrorism. Will the AG reverse? pic.twitter.com/VkFJxKIfpK

Making matters much worse it appears the White House was involved in getting the first letter written.

The letter has sparked allegations that the Biden administration is trying to stifle dissent among parents who oppose mask mandates and the teaching of critical race theory at America’s schools. School board meetings have become battlegrounds for factions of parents torn on those issues. Parents in some districts have organized recall efforts to remove school board members who support mandates or radical curricula.

James Rosen reported on the coordination between members of the school board association and the White House.

Newly uncovered emails, first published by @FreeBeacon @ChuckRossDC, show the @WhiteHouse worked closely with the outside interest group whose appeal to @POTUS led to the involvement of the @FBI in the controversy surrounding local school boards. pic.twitter.com/V8VXtM6I7X

Attorney General Merrick Garland had a hard time defending his decision to get the FBI involved in school board meetings.

Attorney General Garland’s only “evidence” that parents are “threatening” school board members?

The radically liberal National School Board Association told him so.

The NSBA apologized and retracted “domestic terrorist” letter AG Garland admitted he relied on to call parents “threats”. It’s now clear Garland’s DOJ engaged in a partisan political use of federal law enforcement based on false evidence he never reviewed. He should resign. https://t.co/CPZDNx6Coq

This incident indicates the White House was involved in orchestrating an effort to weaponize the Department of Justice to intimidate and silence parents from expressing their concerns about their children’s education.