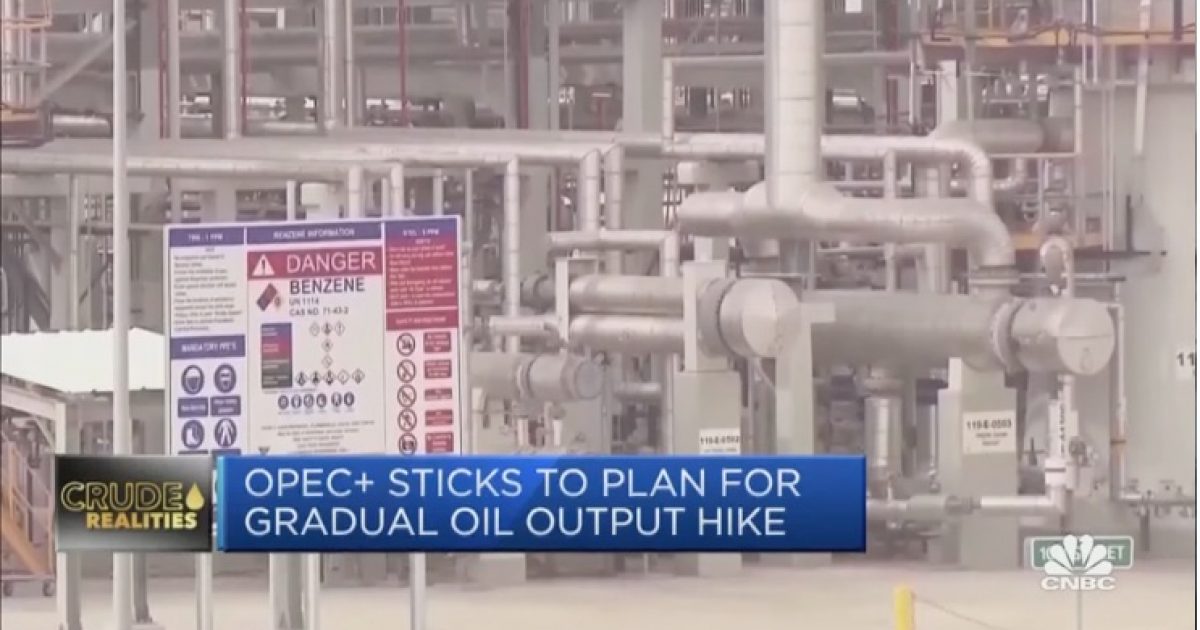 The Organization of the Petroleum Exporting Countries (OPEC) is largely ignoring President Biden’s request to boost its oil production as gasoline prices in the U.S. hit a 7-year high.

The rise in gasoline prices is an emerging problem for the president since Americans are paying a dollar more per gallon than when President Trump was running the country.

OPEC decided to boost oil production by 400,000 barrels per day (bpd) in November which is a modest increase and less than what Biden wanted.

On CNBC, an oil analyst expressed concern about spiking oil costs this winter, saying, “Oil prices could experience an ‘off the charts spike’ as winter approaches and OPEC and its allies stick to their earlier pact on oil output.”

CNN: Gas prices are at the “highest point since October of 2014” pic.twitter.com/z4l1pvmmPS

The rise in gasoline prices and energy overall is going to have Republicans calling out Biden over his energy policies.

Natural gas doubled past 6 months to a 7yr high. Heating oil up 68% this year. Gas is up a dollar/gallon. Coal prices at record. Montanans will literally be lift in the cold this winter under Biden. We need to get back to American Energy Independence. https://t.co/DLSpPUJKcQ

BIDEN'S EXECUTIVE ORDER ON STOPPING THE PIPELINE AND SUPPORTING THE GREEN NEW DEAL. https://t.co/Spy11JTspG via @BreitbartNews

Not only did OPEC not do what Biden wanted, critics are also pointing out the president asked a foreign organization to produce more energy while his policies in the U.S. are directed at less energy production.

Americans are paying more for gas.

Gasoline is going higher but that’s not all.

All of this makes Biden very vulnerable over high energy costs especially if the U.S. has a harsh winter.