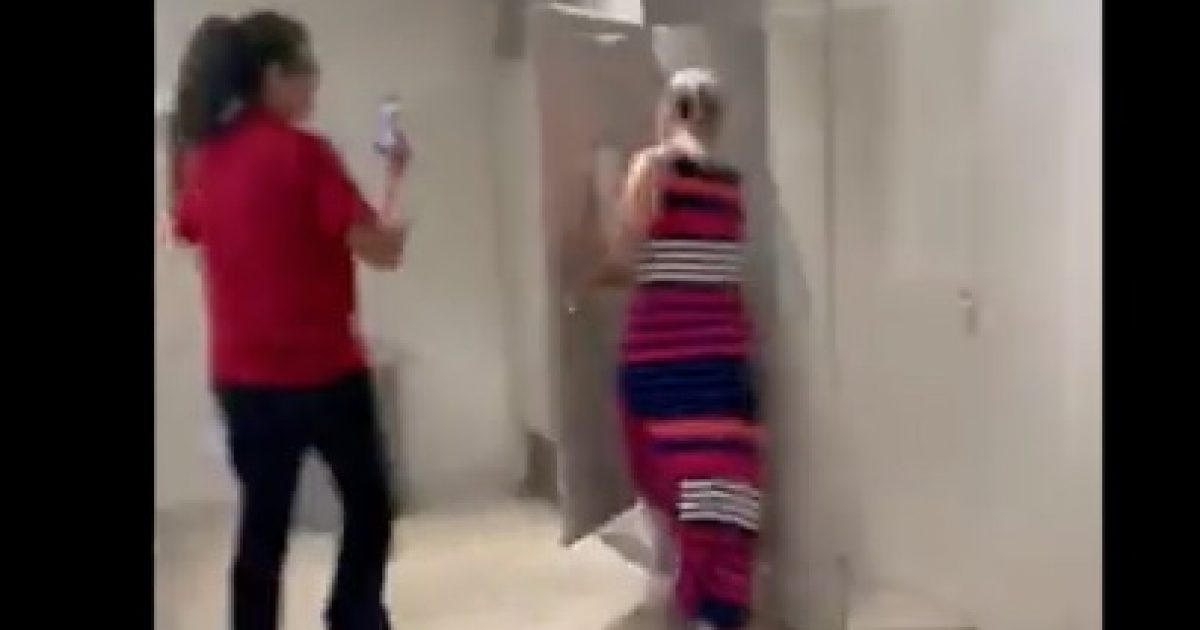 Arizona Democrat Senator Kyrsten Sinema was harassed over the weekend by a group of leftist activists including being followed into a bathroom stall.

Sinema was hassled by immigration activists at Arizona State University where she teaches.

The activists were targeting Sinema (D-Ariz.) for her stance on President Biden’s $3.5 trillion Build Back Better infrastructure bill, which would provide a pathway to citizenship for many illegal immigrants.

?BREAKING: Blanca, an AZ immigrant youth confronts @SenatorSinema inside her classroom, where she teaches @ ASU. "in 2010 both my grandparents got deported bc of SB1070…my grandfather passed away 2 wks ago & I wasn't able to go to Mexico bc there is no pathway to citizenship." pic.twitter.com/JDZYY2fOD2

We wouldn't have to resort to confronting @senatorsinema around Phx if she took meetings with the communities that elected her. She's been completely inaccessible. We're sick of the political games, stop playing with our lives.
“Build back better, back the bill!" pic.twitter.com/3OA5t6e6Fl

Protesters also chanted outside of a private fundraising event.

“Build Back Better, back the bill! …Undocumented, unafraid!”

Police escorted us out as staff mocked us for demanding that @senatorsinema follow through on her promises. She has zero respect for her constituents. pic.twitter.com/tP3NnpfLWA

AZ Law: Title 13. Criminal Code § 13-3019…"It is unlawful for any person to knowingly photograph, videotape, film.. In a restroom, bathroom, locker room, bedroom or other location where the person has a reasonable expectation of privacy and the person is urinating, defecating" https://t.co/TqVuW6BrvE

“A. It is unlawful for any person to knowingly…videotape, film, digitally record or by any other means secretly view, with or without a device, another person without that person's consent…In a restroom…” https://t.co/LuWFOIJIcF

We’re now the sole country in world where illegal aliens freely harass lawmakers, demand lavish benefits, & do so with total impunity from removal.

As this appalling video shows, the “build back better” plan is a Trojan Horse for amnesty & sovereign dissolution. Defeat the bill.

Leftist activists engaging in mob rule when they don’t get their way is beyond inappropriate and reckless.